Built in 1890, the Ames Building was designed by Shepley, Rutan and Coolidge and stood as Boston’s tallest building at the time. Upon its completion, the building became a prominent office location in Boston’s growing financial district and its height offered Bostonians a unique vantage point of the city, the roof being a popular tourist attraction. Creating a building style unique to its time, the structure blended Romanesque and Byzantine architectural styles and incorporated a masonry façade of blue slate and red sandstone details along with decorative carvings. In 1974 the Ames Building was added to the National Register of Historic Places. In 1993 it was designated a Boston Landmark, a measure the Alliance vocally supported.

After purchasing the building in 2007, Normandy Real Estate Partners and Ames Hotel Partners transformed the empty building into one of Boston’s newest boutique hotels, currently operated by Morgans Hotel Group. Respecting the historic character of the building, the project included skillful restoration of the exterior masonry façade, window surrounds and moldings, and careful restoration of the lobby’s vaulted mosaic-tiled ceiling.

The Alliance successfully petitioned to designate the Ames Building a Boston Landmark in 1993. 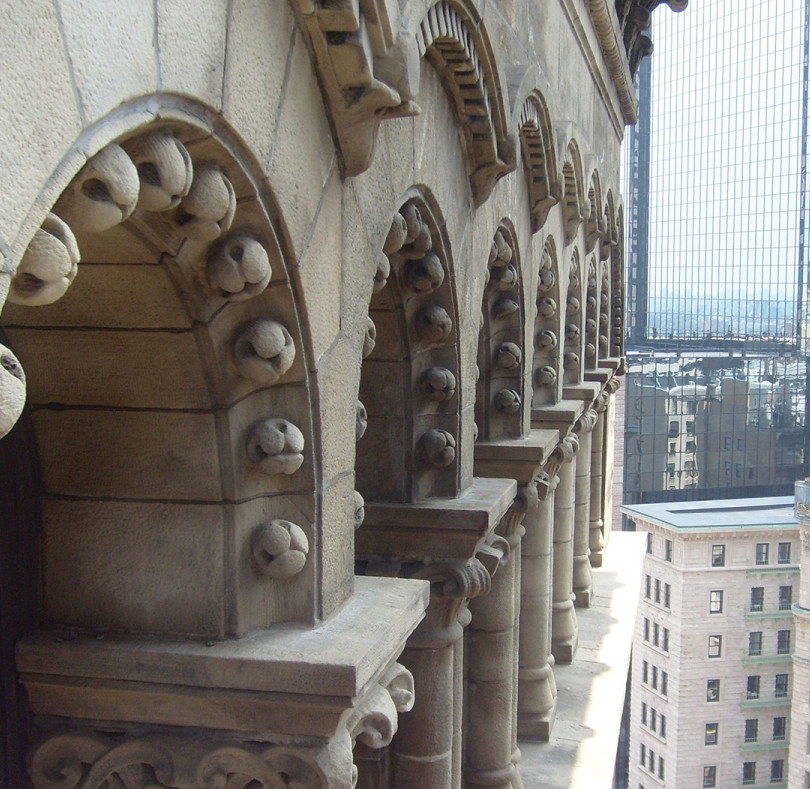 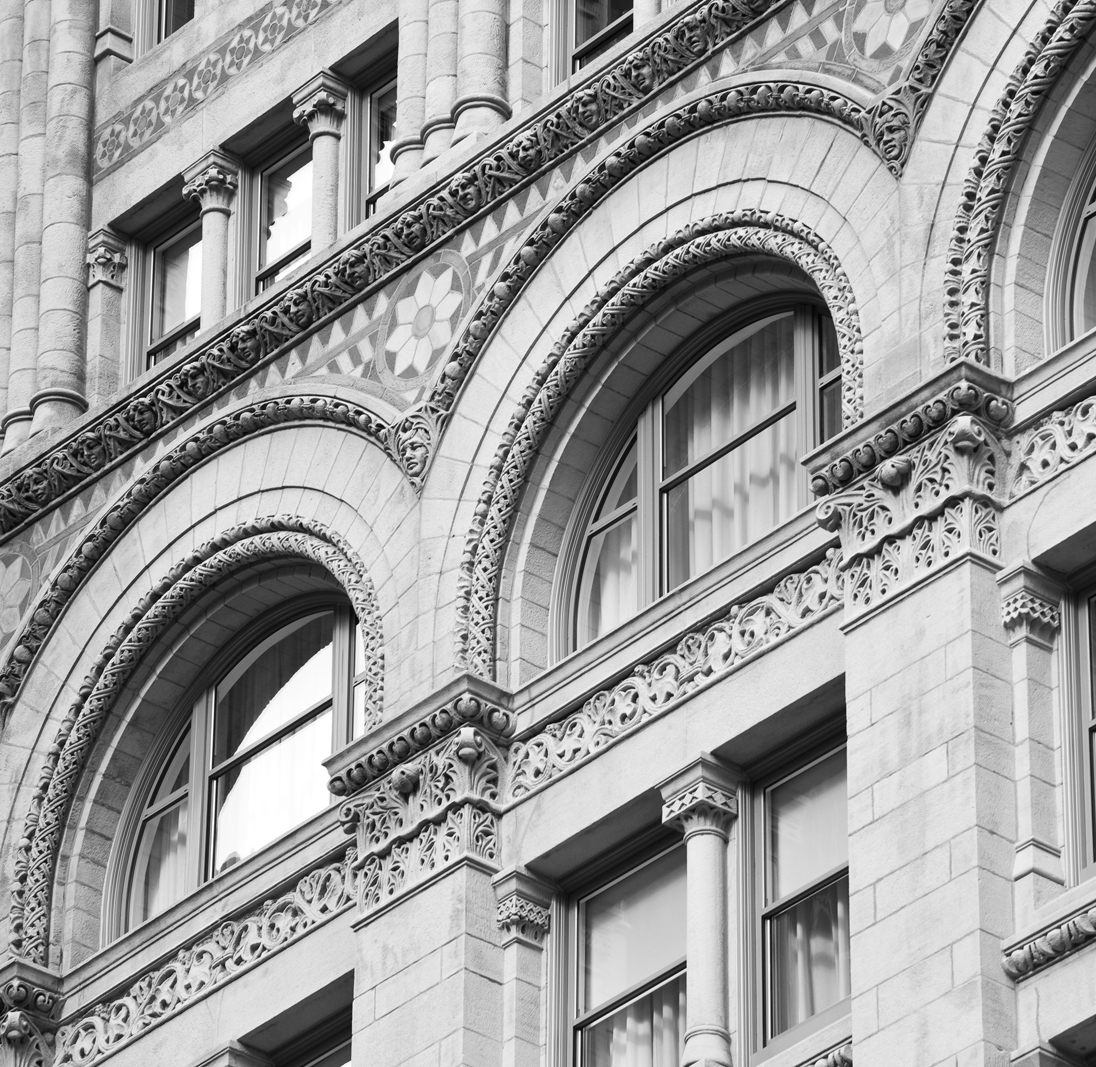 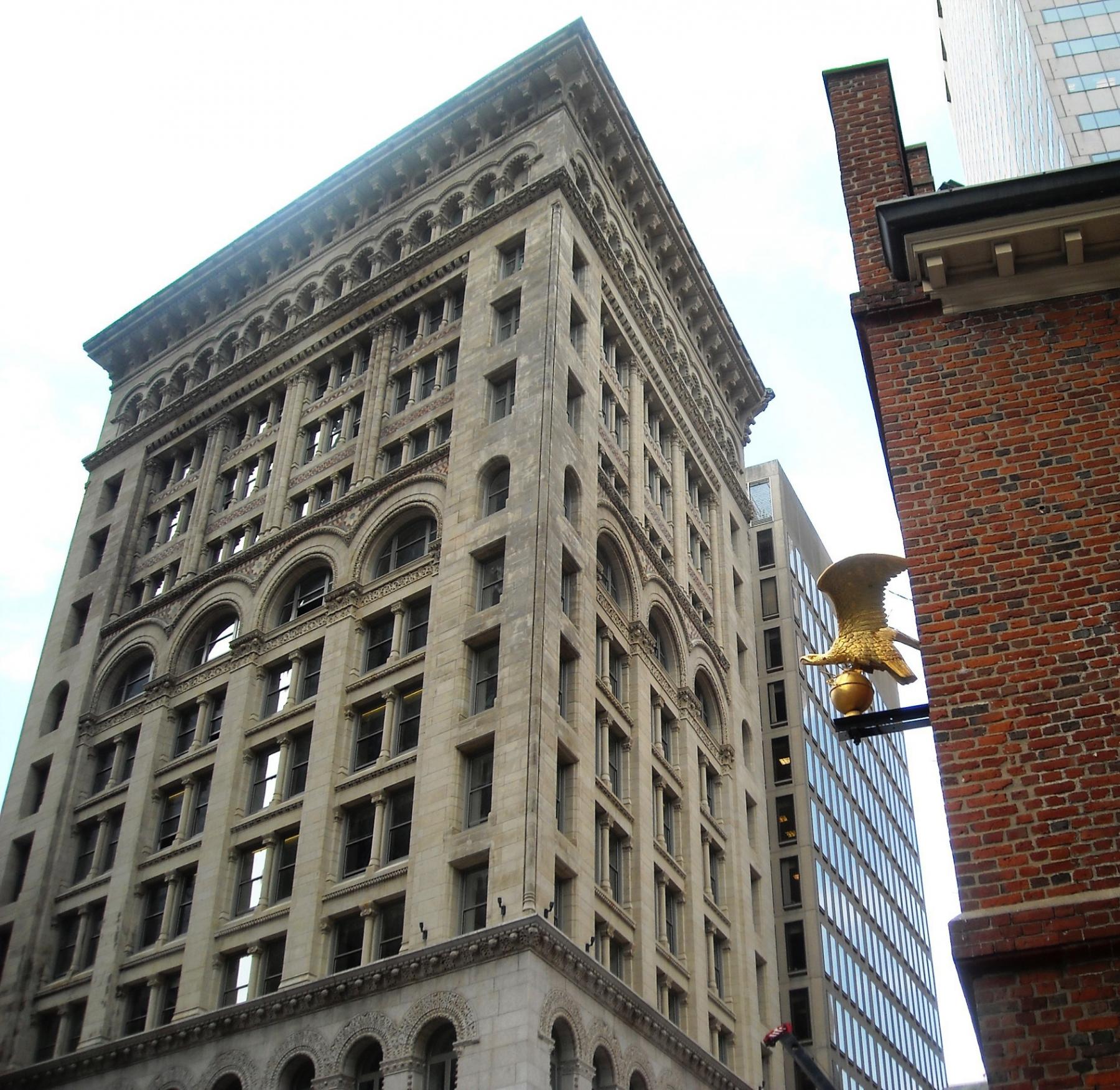