Described as “the most glamorous office building of the era of World War I,” Emerson College’s Little Building presented its owner, Emerson College, and its team led by Elkus Manfredi Architects, with complex, multi-faced problems threatening the building’s future. Constructed in 1917, it is the Theatre District’s finest example of a Modern Gothic early steel-framed skyscraper. The building originally housed 600 offices, 15 stores, 22 shops, a post office, an automat, and subterranean connections to the Majestic Theatre and Boylston Street subway station — an early example of mixed-use, transit-oriented development. When completed, the Little Building was hailed as “up to date in every particular” with the latest technologies and conveniences. It’s architect, Clarence Blackall, considered it “the best piece of work of its kind that we have done,” referring to wide-ranging work of his firm throughout Boston and beyond. In 1994, Emerson College purchased the building and converted it to a residence hall with 750 beds, a dining hall, campus store and facilities, and a commercial retail tenant. It quickly became the cornerstone of Emerson’s Campus on the Common.

Over its lifetime, however, harsh winters and urban pollution deteriorated the cast stone and exterior materials of the building’s facade and corrosion reached the steel structure. Rather than demolish the building and start over, Emerson invested in its historic resource through restoration, renovation, and innovation that resulted in a reimagined building with increased bed count, improved common areas, up-to-date safety and code elements, and stunningly restored and recreated ornamental features. While the facade of the first two levels were restored, the project team found that much of the cast stone could not be saved, so the building was laser scanned with new methods to generate digital models with excruciating detail. Techniques were developed to replicate the facade using ultra-high-performance concrete, an engineered concrete-polymer that replicates in detail the ornate decorative elements of the original building. The team creatively utilized unoccupied spaces, inserting insert seismic bracing and new student common areas in light wells and sensitively adding dorm rooms behind the rooftop parapets. Emerson and the project team approached this renovation with respect and sensitivity, embracing modern technology to support the traditions of restoration and replication of historic fabric while successfully preparing the Little Building for another century of prominence. They rejuvenated a corner piece on the Boston Common and an architectural treasure. All the while, the team carefully measured the carbon footprint of the project, using the Little Building as a model for the environmental benefits of preservation rather than demolition.

“Few knew the true story of this local treasure –seriously deteriorated, unprotected by preservation regulations, and its remarkable history as one of the first multipurpose, integrated office skyscrapers. This “city under one roof” as it was described in 1922 could have easily been lost, but instead continues to evolve for new generations while demonstrating the value of creative preservation,” says Greg Galer, Executive Director of the Boston Preservation Alliance. ”Emerson took on a challenge from which others would have run, and the Little Building now shows the environmental, cultural, and community benefits of preservation. The team utilized unique techniques that can be applied to other structures. The Little Building demonstrates that challenging conditions, codes, and our throw-away mentality are no match for creativity, a skilled team, and an owner determined to do right and lead the way for history and the environment.” 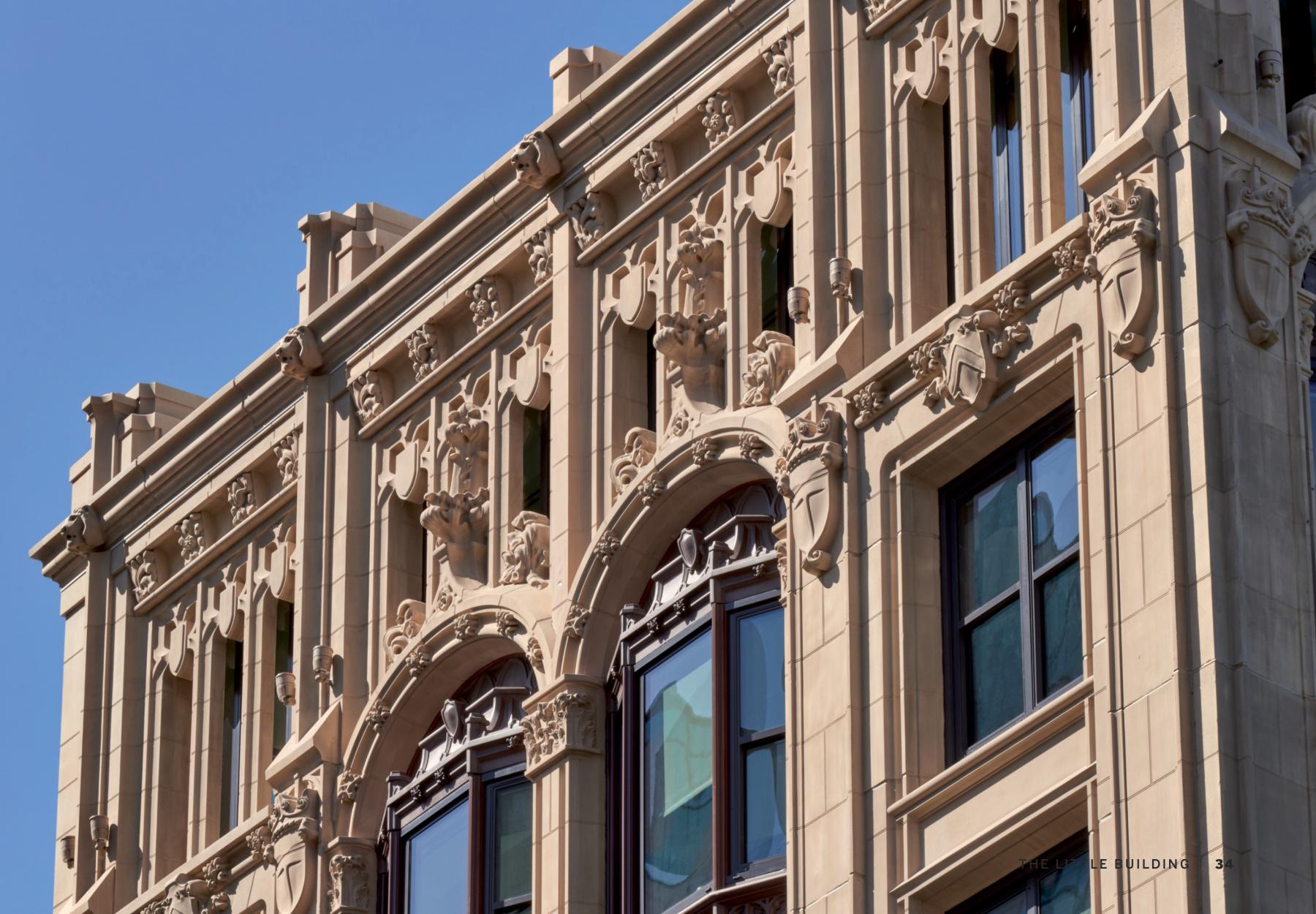 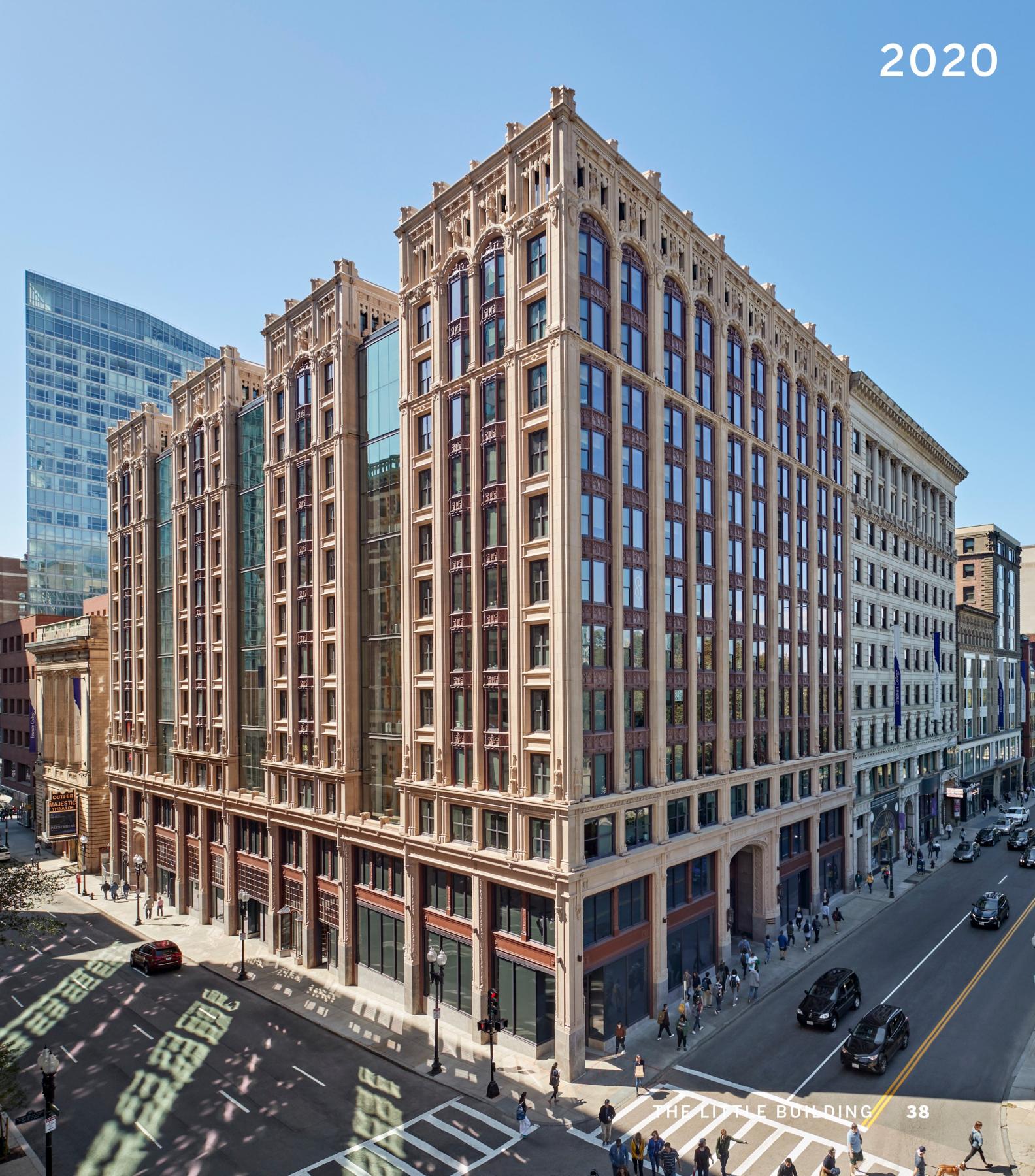 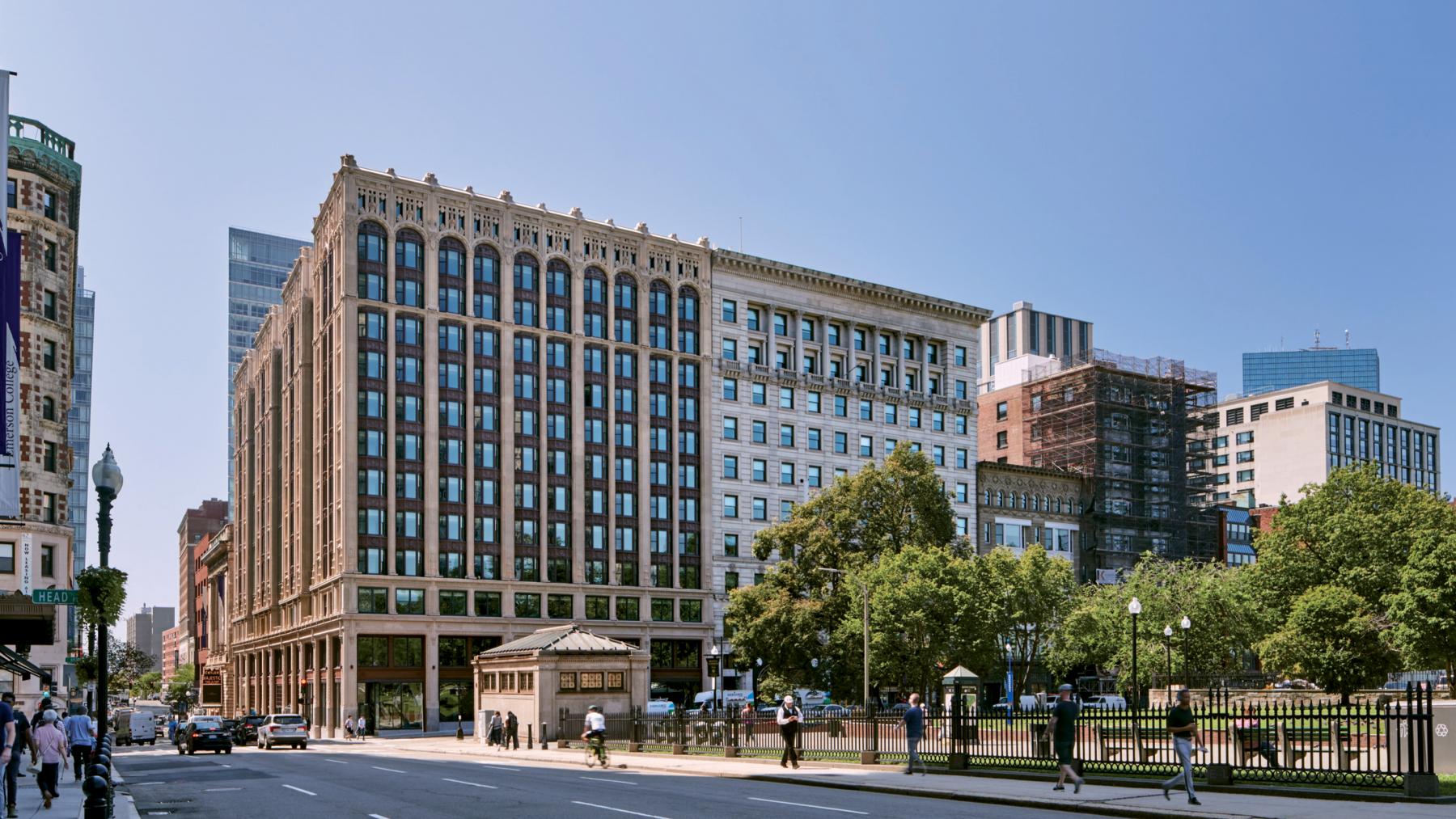 The Little Building in context 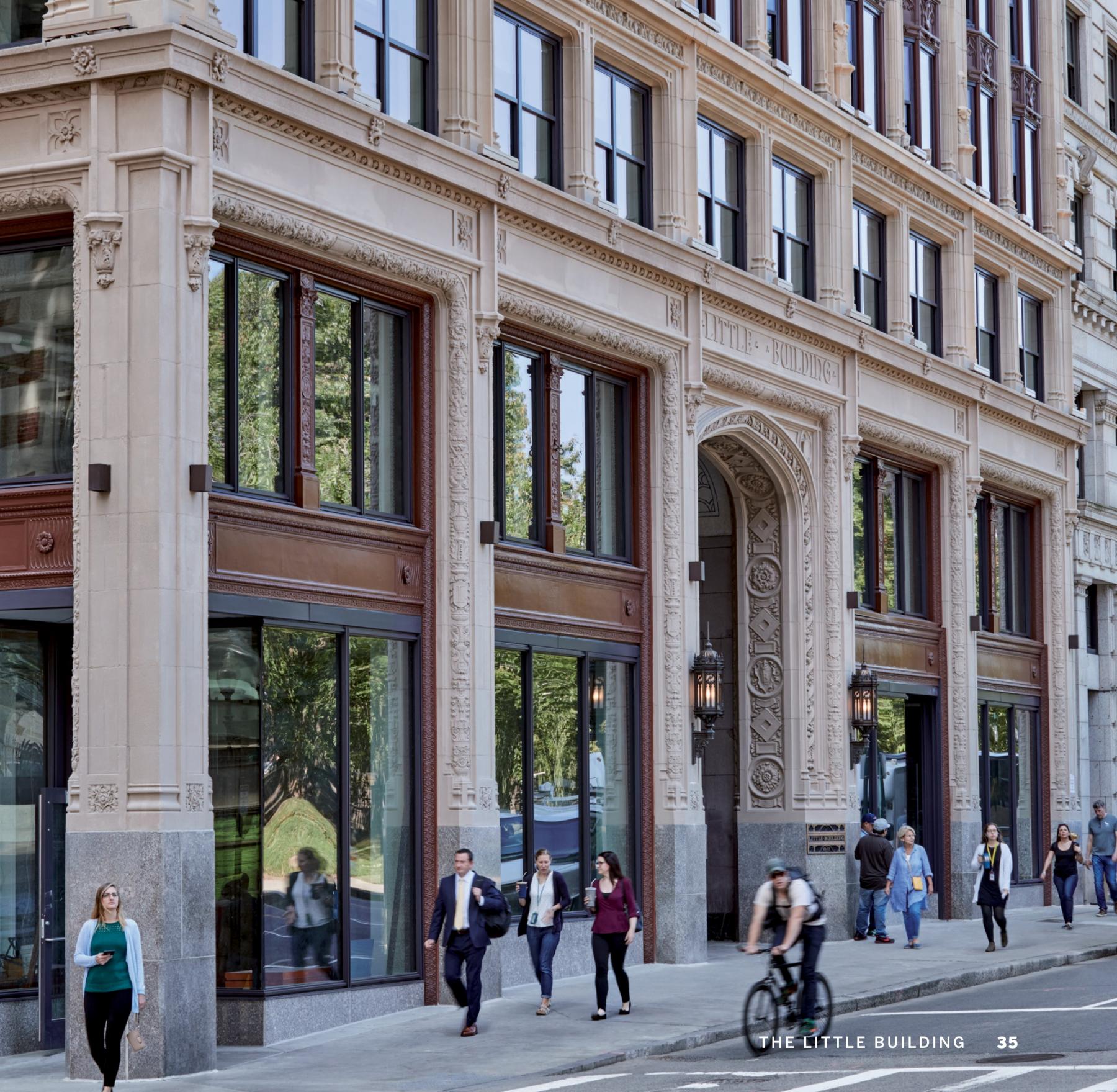 The Little Building streetscape
Thank you to all our corporate members, including: