Located directly below the Gold Dome of the Massachusetts State House, the Senate Chamber has been the meeting place of the Senate since 1898, having served the House of Representatives prior. Inspired by the Great Room of James Wyatt’s Pantheon in London, the Senate Chamber was originally designed as “Representatives Hall” by Charles Bulfinch in 1795, as part of the new Massachusetts State House. (Bulfinch would go on to design the U.S. Capitol). The Senate originally occupied the room now known as the Senate Reading Room. Positioned at the east end of the original building, it is separated from the central Chamber by the Senate Reception Hall or Lobby.

The project team faced a preservation decision: to what historical period should the chambers be restored- Bullfinch’s original design or the chamber’s Civil War era redesign. After much research, it was determined that the space should be preserved based on the 1868 period of significance and the historic fabric was carefully restored. The 1500 individual wooden panels were removed, numbered, stripped of over 20 layers of paint and repaired, and reinstalled in their original locations. In the process of making the chamber ADA compliant, the President’s Rostrum was redesigned to be accessible while preserving the historic front piece. Also, the large, curved desks were placed on feet that were designed to blend into the historic fabric and lift up the desks to meet ADA height requirements so that every seat would be accessible. Modern-day HVAC systems were hidden within the restored dome and acoustic panels were seamlessly nestled into the concave recess between the dome ribs of the chamber. The team expertly modified this historic space to meet today’s needs while preserving historic character and fabric.

“There are few spaces that match the sensitivity required to bring modern functionality to an iconic historic space as Bullfinch’s Massachusetts Senate Chamber. Yet the vision and execution of the entire team shines through in a way that would make Bulfinch proud. This project shows that even the most historic of spaces can successfully accommodate 21st needs all while enhancing stewardship and meeting the highest of preservation standards,” says Greg Galer, Executive Director of the Boston Preservation Alliance.

Bureau of the State House 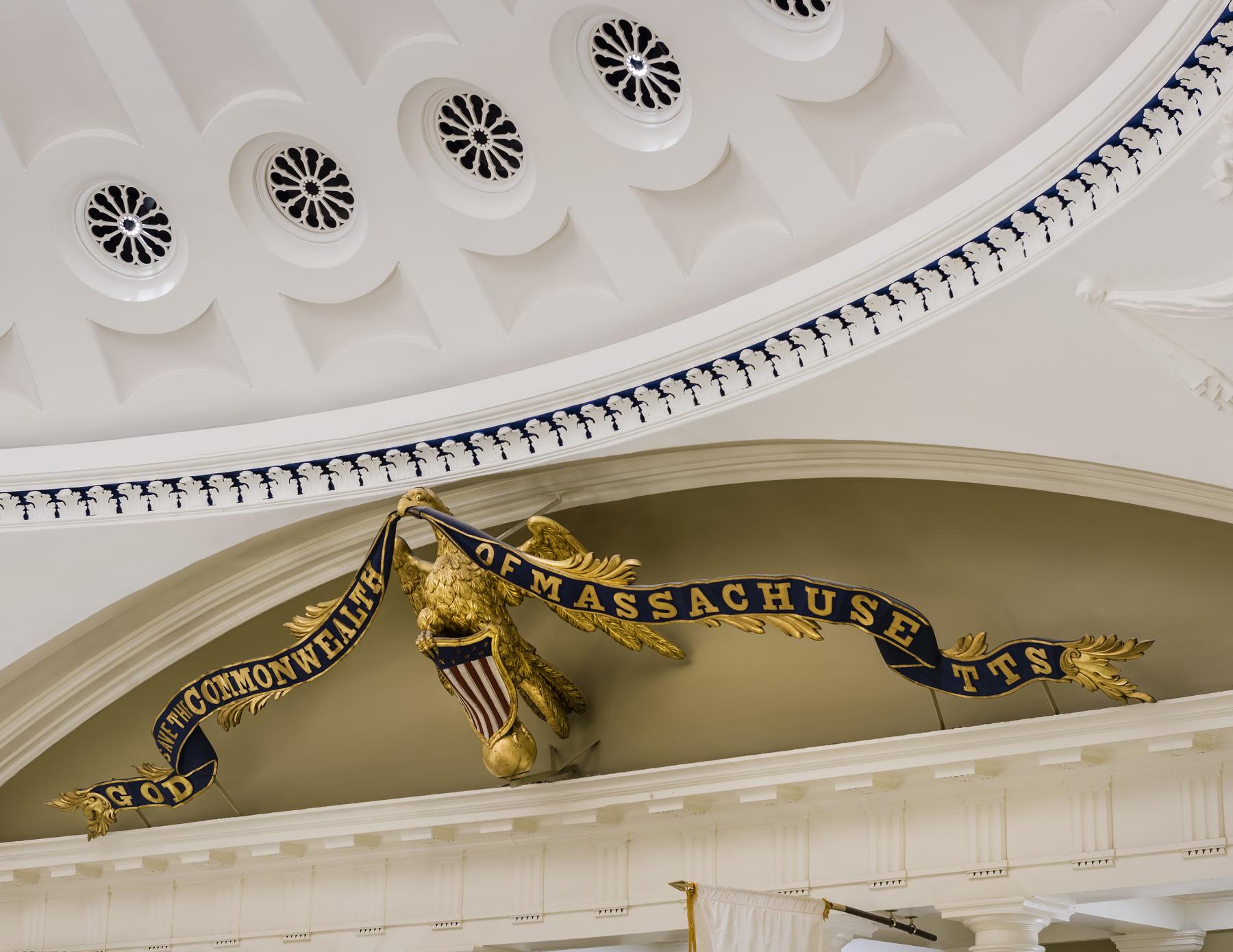 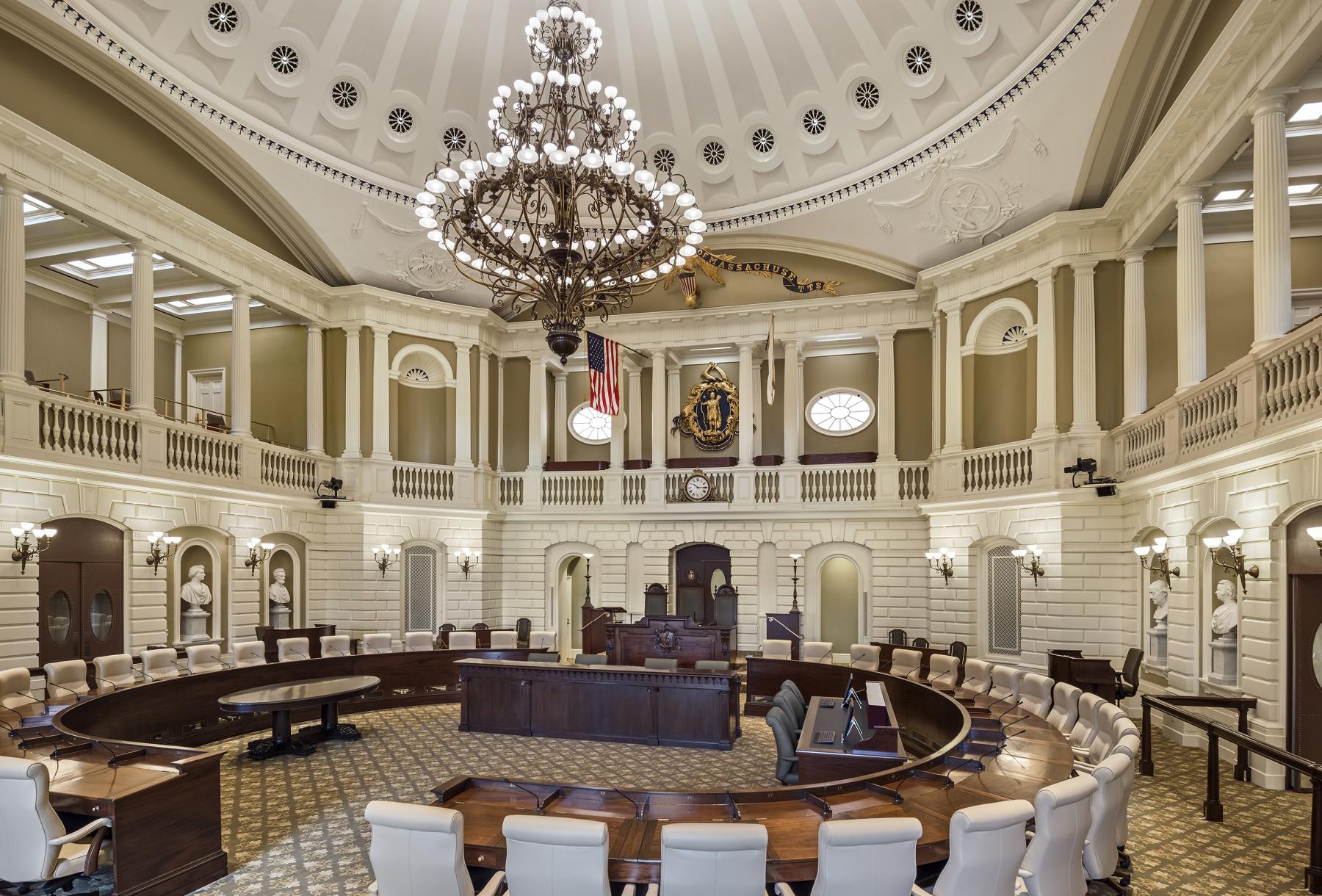 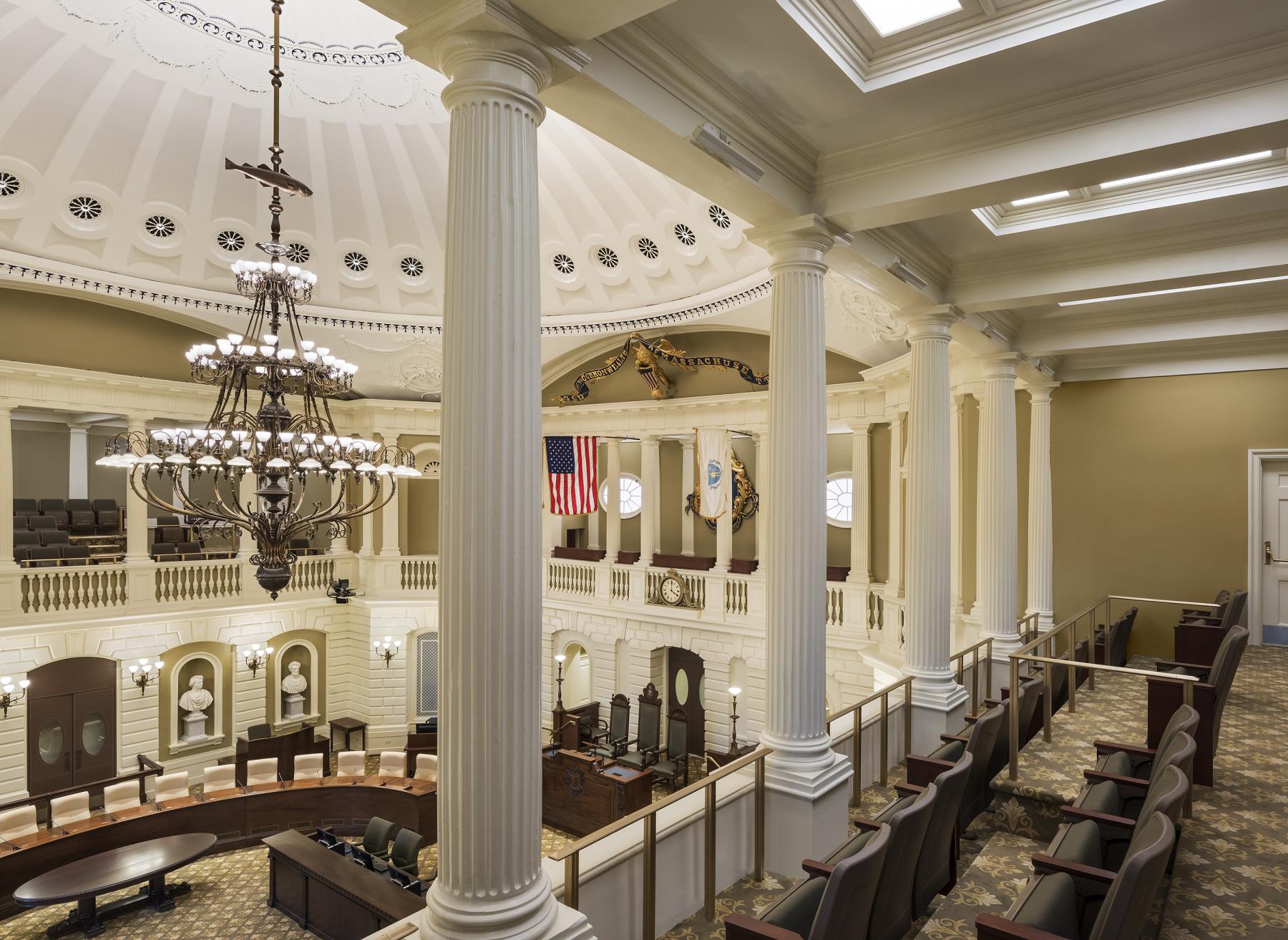 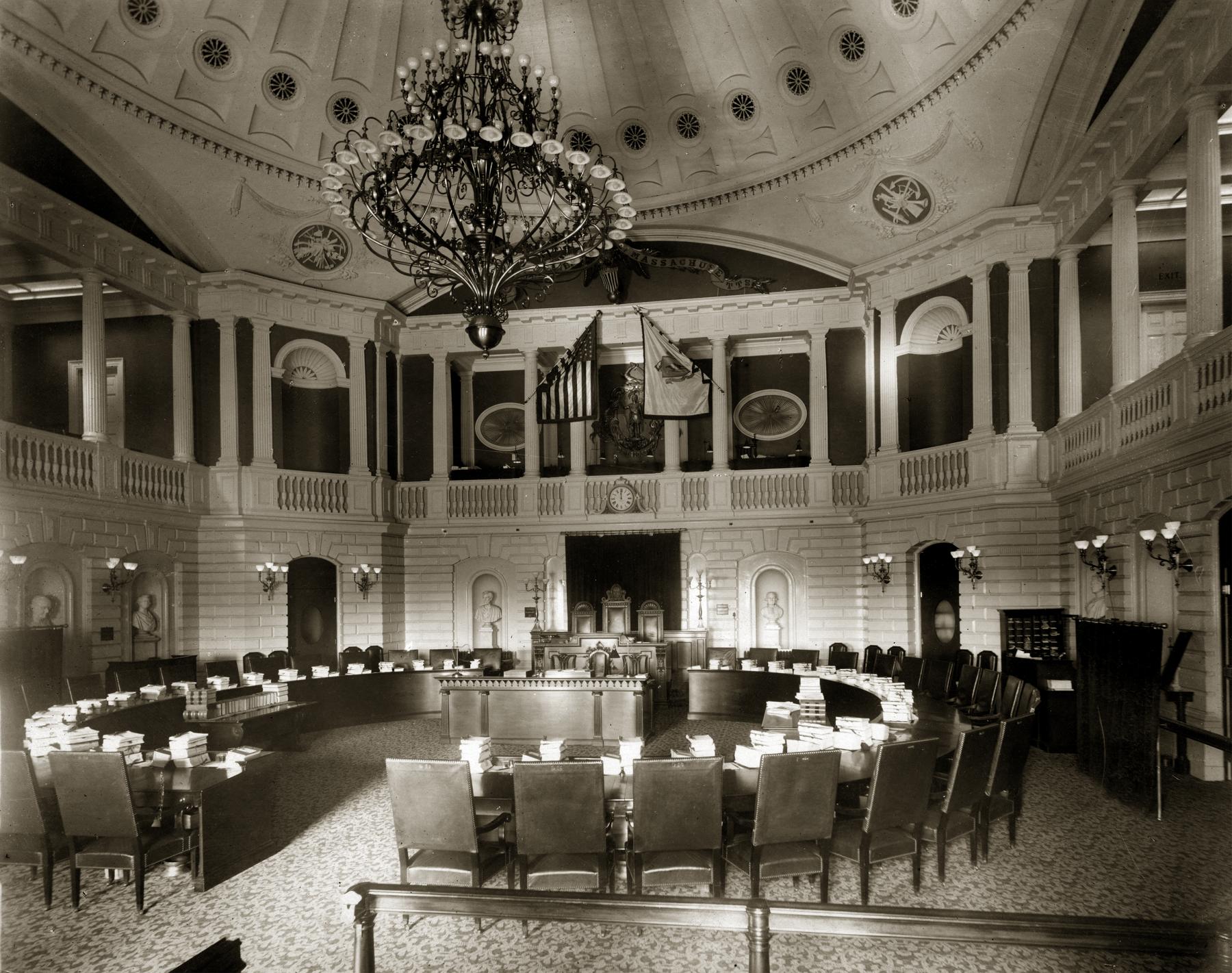 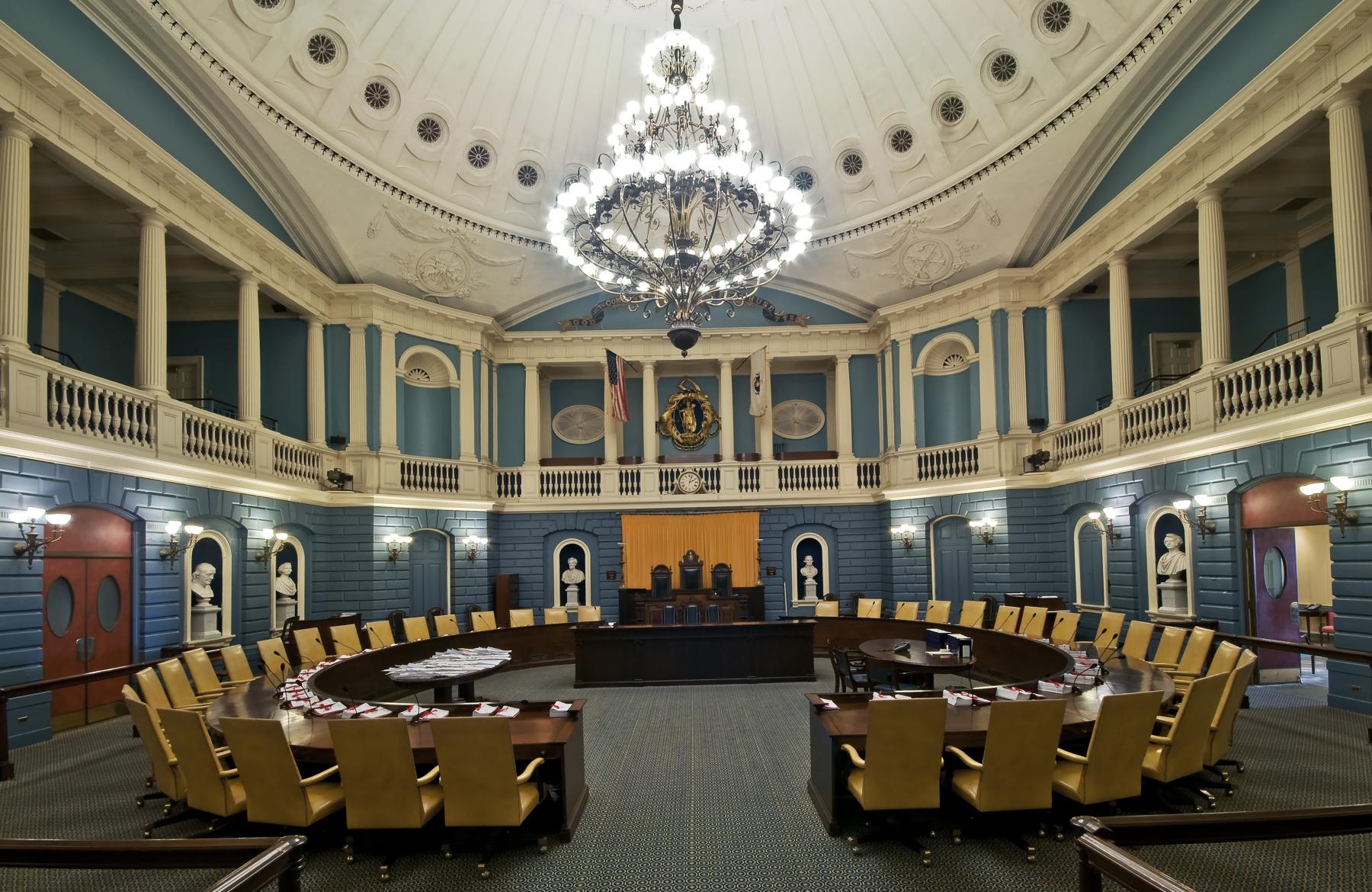 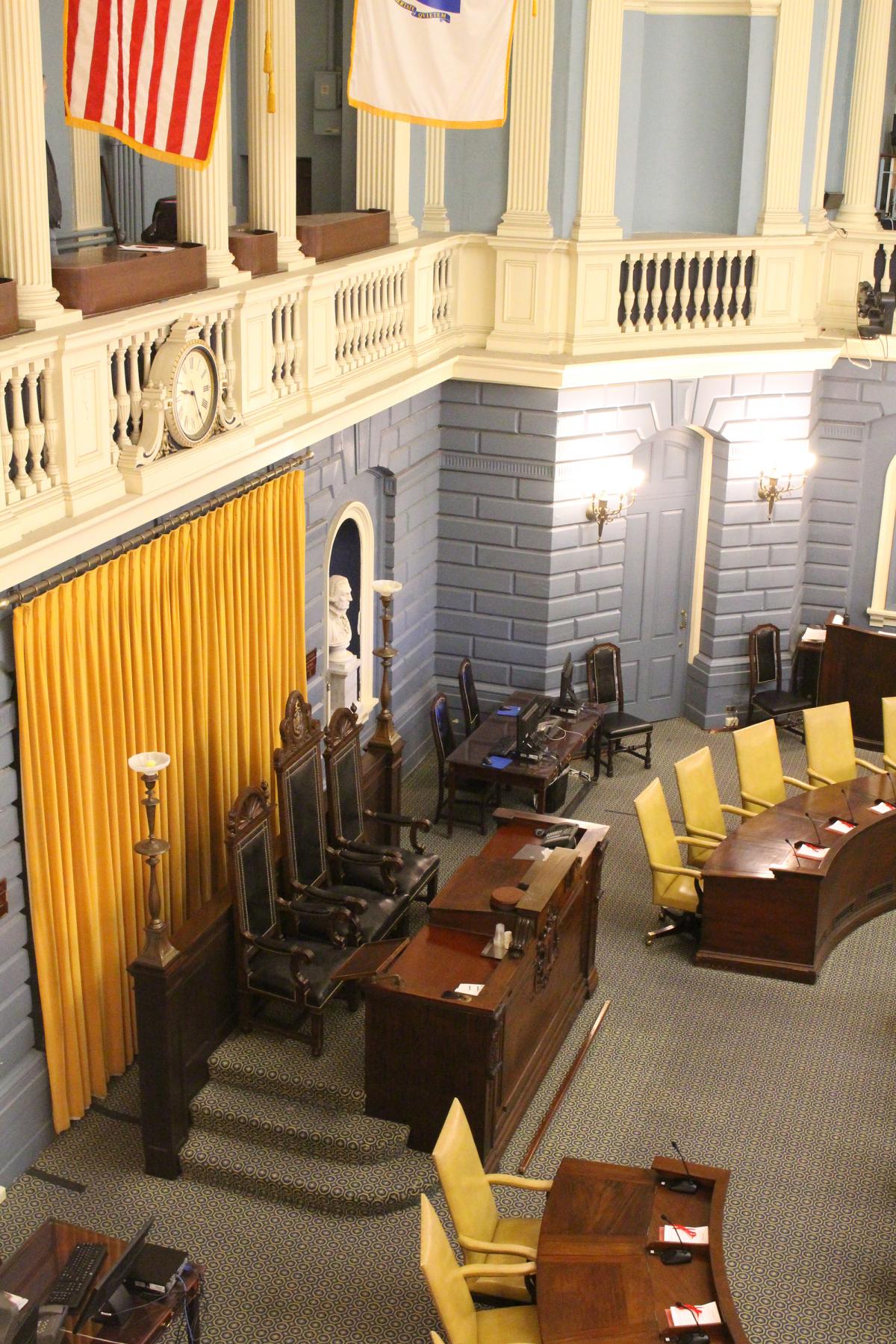 State Senate Chamber, Before, photo by Anton Grassl Architectural Photography
Thank you to all our corporate members, including: