In 1972, the architectural firm of Kallman, McKinnell, & Knowles (the same firm responsible for the design of Boston’s City Hall) designed a sweeping concrete structure in the heart of Downtown Crossing, a modern addition to the historic Five Cents Savings Bank. Flanked by the historic Old South Meeting House and Old Corner Bookstore, this mid-century modern building stands in stark contrast to the historic red-brick buildings. With a full-height glass curtain wall set behind massive columns, the structure dominates the corner of School and Washington Streets, a textbook illustration of this sometimes underappreciated architectural style. Now historically significant in its own right, this building is a landmark example of the bold, avant-garde movement that defined an era in American urbanism.

In 2013, Walgreens became the newest tenant of this iconic building. Taking advantage of the opportunity to occupy a dramatic space in a prominent location, Walgreens chose to restore the original fabric of both the 1972 addition and the 1925 bank building and highlight the features of the modern, innovative design. The architects of HPA Design, working with Shawmut Design and Construction, guided the restoration of the stone surfaces, ornamental brasses, hanging light fixtures, decorative plasterwork, and marble tile floors of the interior. To reinforce the building’s original identity as the Five Cents Savings Bank, they restored the front revolving doors and the bank vault that now exhibits artifacts and information about the history of the site. Far more than the average pharmacy or convenience store, the Walgreens on School Street is truly a vibrant asset to the neighborhood and a preservation success.

“When the former Boston Five Cents Savings Bank in downtown’s central shopping district became vacant there was much lament about the impact of the loss to the neighborhood and concern about the future of the building,” said Greg Galer, Executive Director of the Boston Preservation Alliance. “With the arrival of Walgreens, their treatment of the building, and the activity of their store, those concerns are eliminated. Walgreens celebrates Kallman, McKinnell, & Knowles’ 1972 building in a manner that demonstrates that successful restoration and modification of mid-century buildings is an attainable goal we should seek in other areas of the city.” 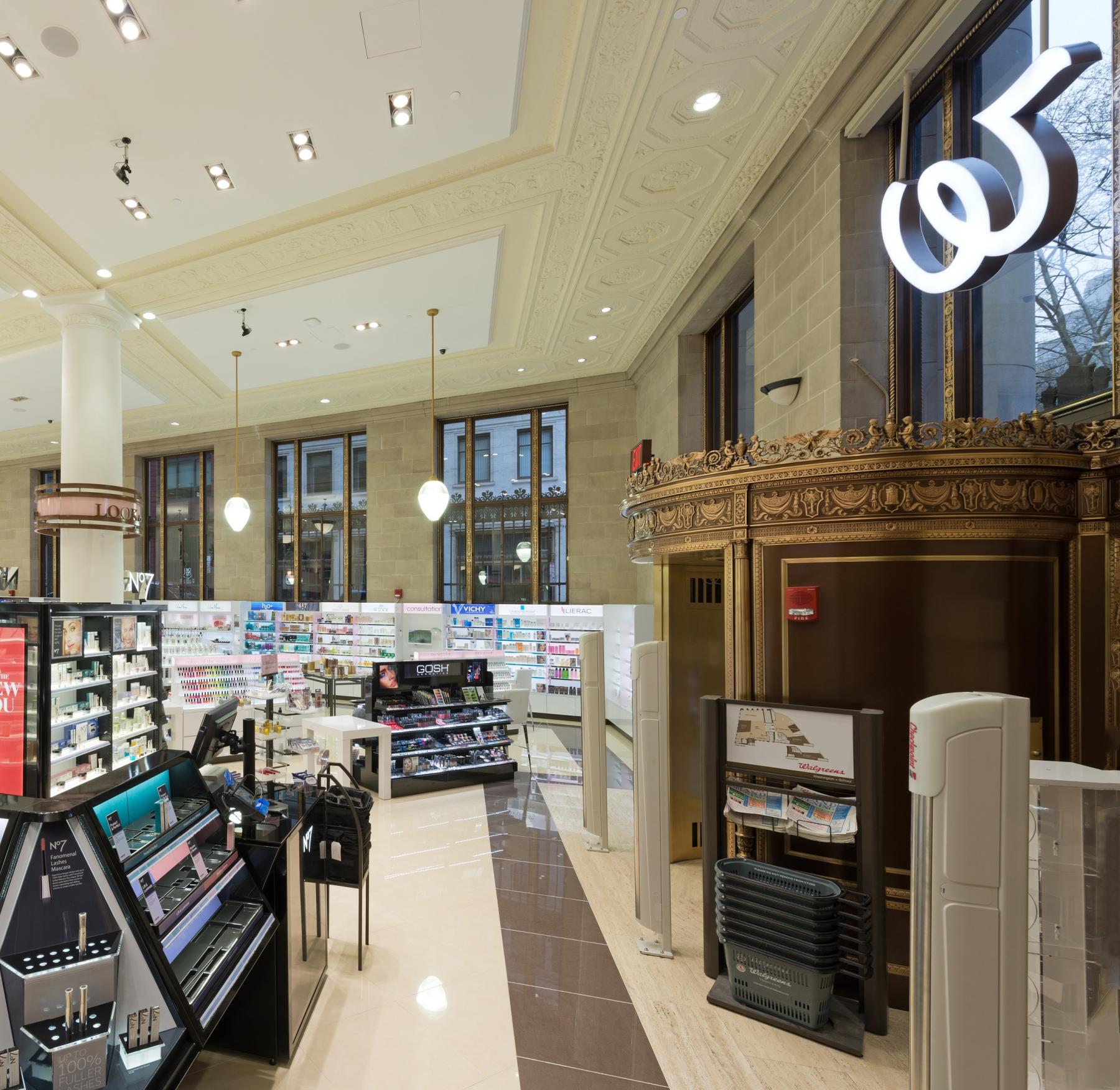 To reinforce the building's original identity as the Five Cents Savings Bank, they restored the front revolving doors and the bank vault 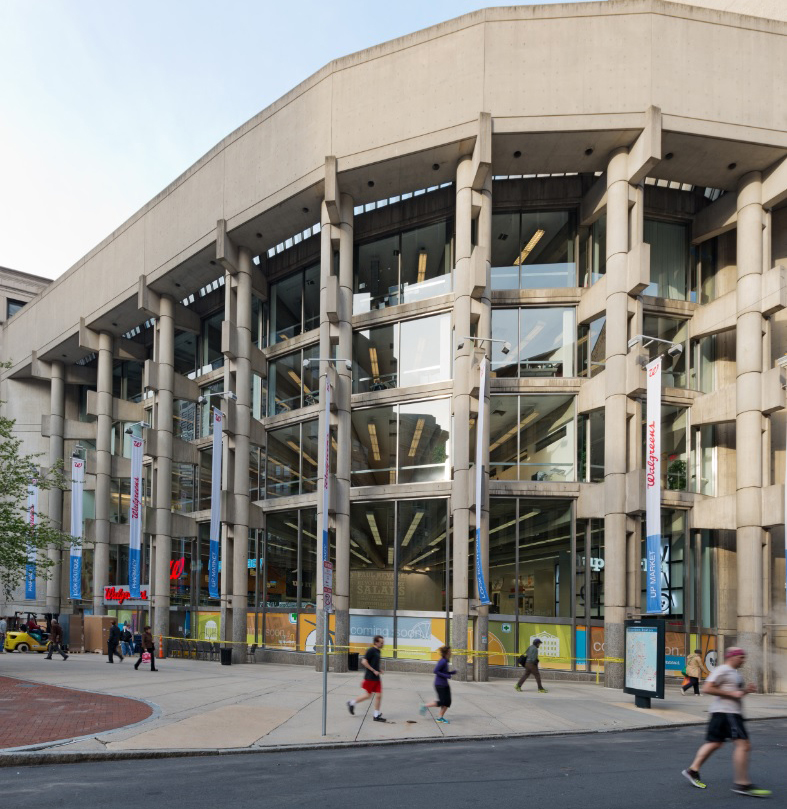