With the proposed redevelopment of the Hurley Building, we thought this is a good time to share other mid-century modern projects around the city. Boston is known for its undulating brick bow fronts, and federalist facades, but it also happens to be a gallery showroom displaying the world's best examples of Brutalist architecture. Join us on a journey of raw concrete with a dash of modernism as we tour Boston's béton bruts. (The name Brutalism is said to be derived from the French for "raw concrete" or "béton brut.").

We hope the potential redevelopment of the Hurley building can be inspired by these heroic gems. 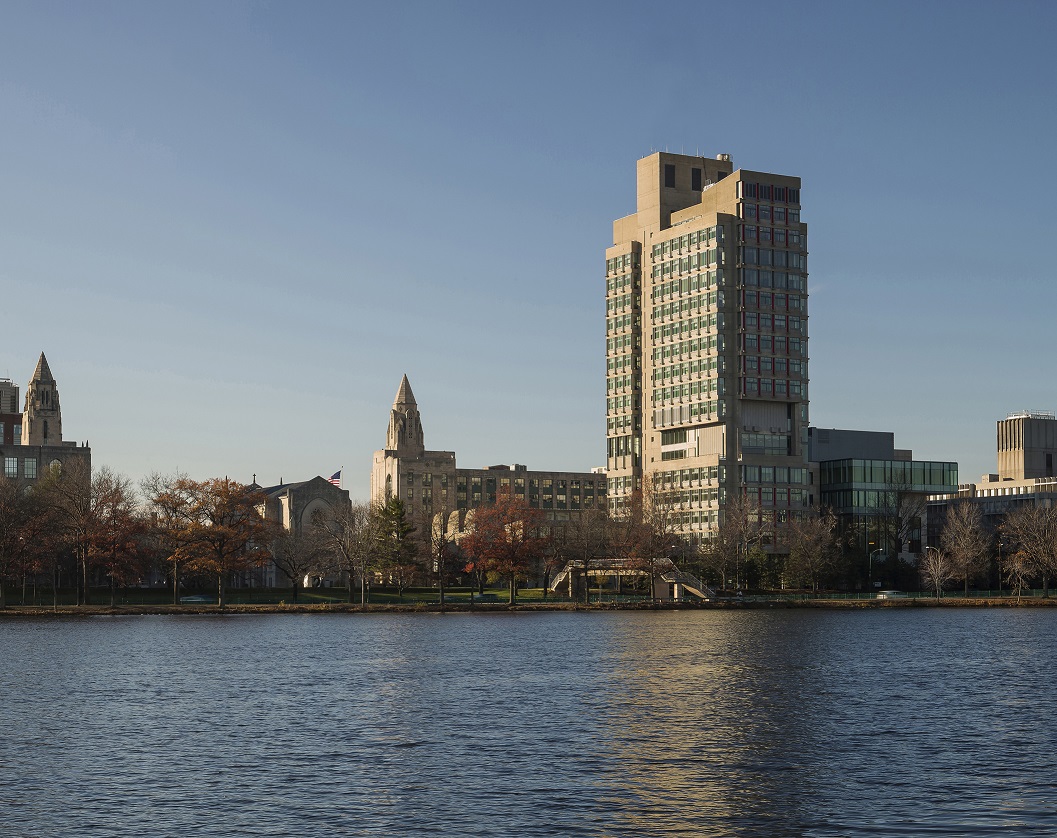 The Boston University School of Law is one of the great midcentury modern complexes of the twentieth century and is considered to be a seminal urban achievement of its famous architect, Josep Lluis Sert. The largest assemblage of Sert structures in the world, this group of five buildings dramatically altered traditional campus planning in America when introduced in the 1960s. The complex went through extensive restoration in 2015 by Bruner/Cott Architects and won our Preservation Achievement Award in 2016.

This isn't the only brutalist Sert building to undergo restoration. Bruner/Cott recently completed work on the Richard A. and Susan F. Smith Campus Center at Harvard. (Originally the Holyoke Center).

The 1895 McKim, Mead, and White Boston Public Library is a song that sings to the beauty of classical architecture. It never harmonized with the 1972 Philip Johnson addition. In 2016, William Rawn Associates softened the brutalist edges of the Johnson building and flooded the space with light. From the outside, the two very different sections of the building are locked in an architectural dance. The renovation won our Preservation Achievement Award in 2018.

From the ashes of Scollay Square rose a marvel of modernism, Boston City Hall. Reactions to the building and plaza have been mixed since it was (mostly) completed in 1968. The master plan for the Plaza made by I.M. Pei was never fully realized. The City of Boston is partnering with Sasaki to bring the Plaza into the 21st century while respecting the positive aspects of the original design.

In the 1960s, the Christian Science Church set out on a project to beautify the surrounding community. By 1972, Boston had three new brutalist buildings and a shining reflecting pool. They were designed by Araldo Cossutta of I.M. Pei and Partners and heavily influenced by brutalist master, Le Corbusier. The brutalist plaza is undergoing a full renovation and restoration.

Boston's role in modernism drew big names in architecture. Our city's streets became their canvas in modern design. Other notable architects and buildings include:

The 1963 Carpenter Center is the only building on the North American continent designed by Le Corbusier.

While more post-modern in design, it does make use of raw concrete and this Somerville-based architect was made famous by his brutalist Habitat 67.

The state gets a $98M cut of GE's sale of its property in Fort Point. Where should that money go? Shirley Leung at the Boston Globe says the obvious answer is rebuild the Northern Avenue…

The Alliance's Young Advisor's Board is seeking new board members for 2019! Every year, the YA's get together for mid-winter cocktails and this year you're invited!

The Young Advisors is a board of developing professionals whose role is to expand and amplify the Alliance’s mission of protecting places, promoting vibrancy, and preserving character.…

Thank you for your overwhelming interest and support for preservation in Boston! This event is sold out.

Boston's urban planners and placemakers have an opportunity to make the Northern Avenue Bridge, now a rusting relic in Fort Point Channel, a postcard-worthy destination that draws in…

Boston was once home to 31 breweries, enough to bestow this storied city with the title of "most breweries per capita." A majority of the city's breweries are clustered around Stony…