Let’s take a tour of the Boston Harborwalk, a walkway that leads through a plethora of beaches, shores, and piers from East Boston to Dorchester and spans nearly 50 miles. The walkways and other facilities along the Harborwalk have been in continuous development since 1984 in an effort to connect the public to Boston’s Harbor. Using the map created by Boston Harbor (now in collaboration with the Boston Planning & Development Agency and the Massachusetts Department of Environmental Protection), I plotted out a few points of interest. Let me be your guide as we stroll through a segment of the Boston Harborwalk. 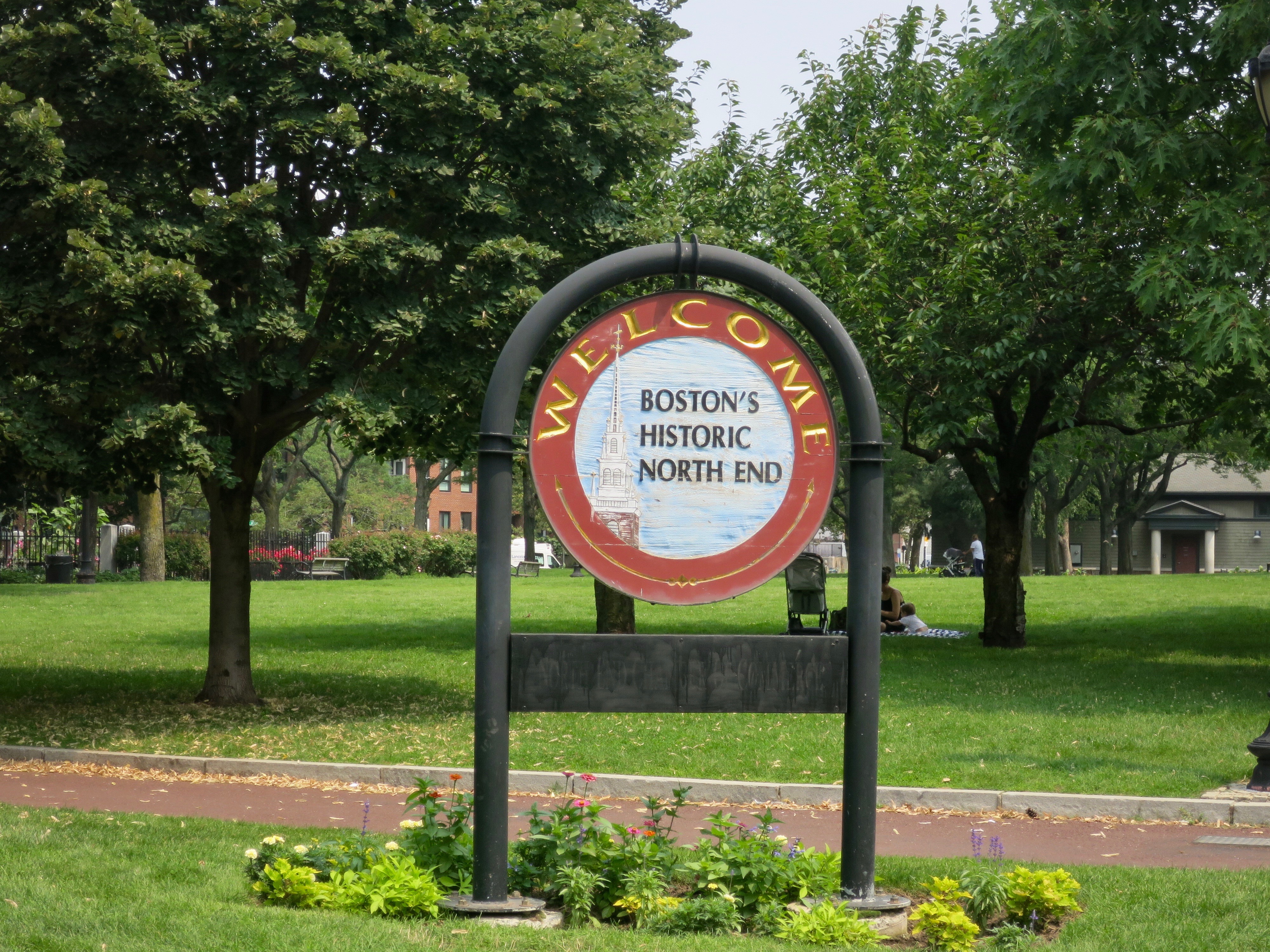 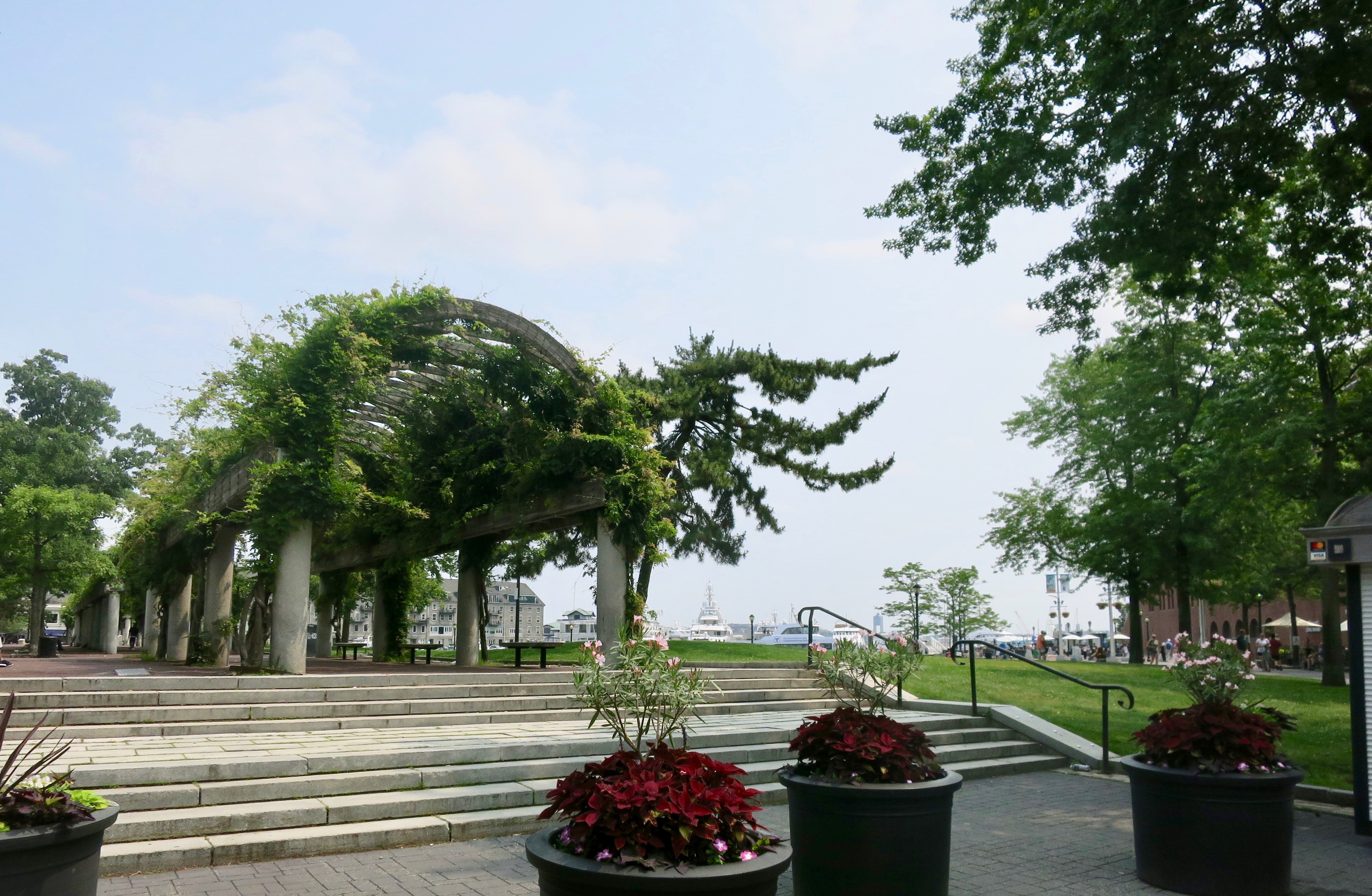 1. I began my tour at Christopher Columbus Park, where I spotted the trellis, the Beirut Memorial, a rose garden, and a playground. The Friends of the Park offer events throughout the summer that you can learn more about here. 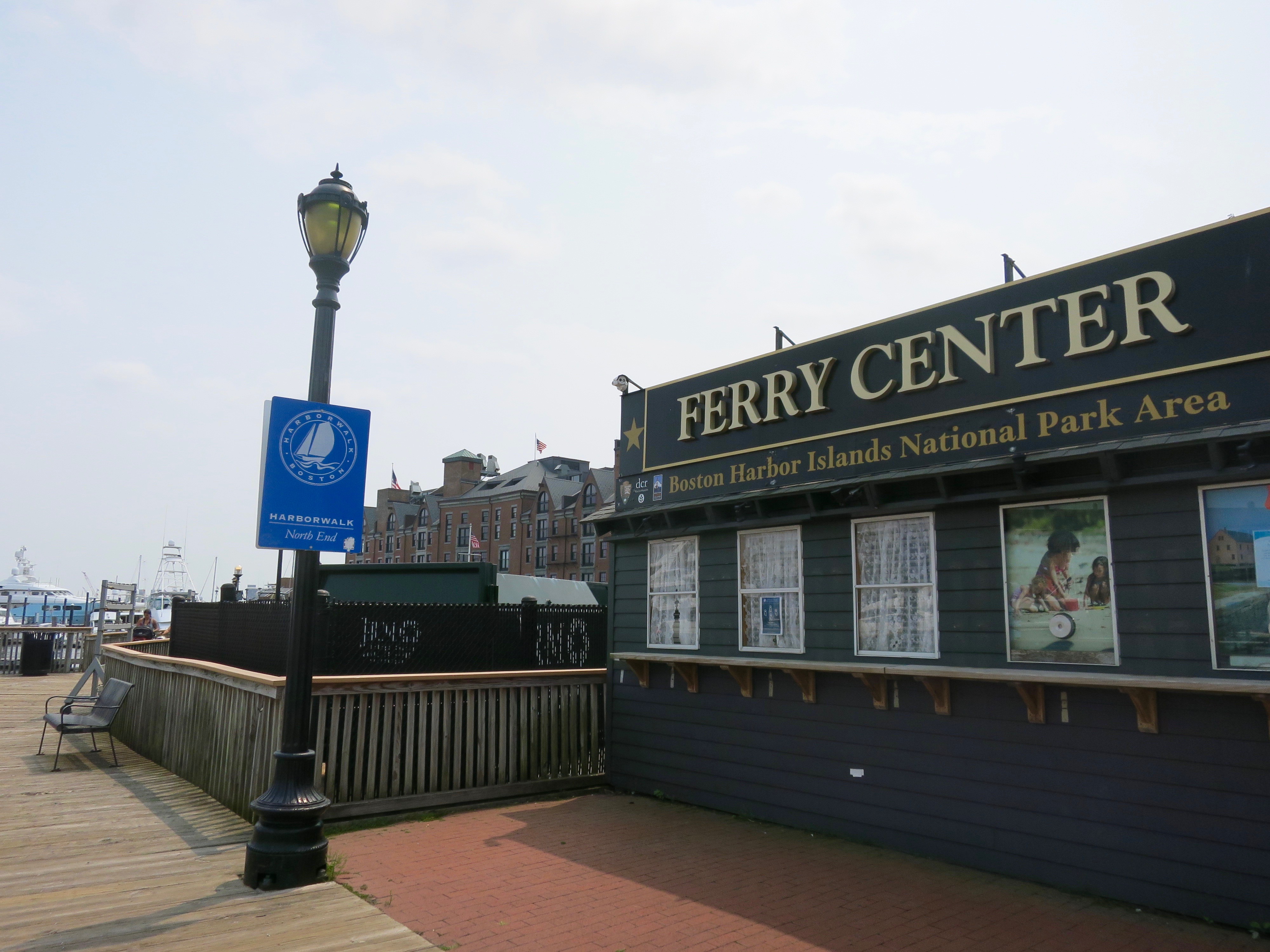 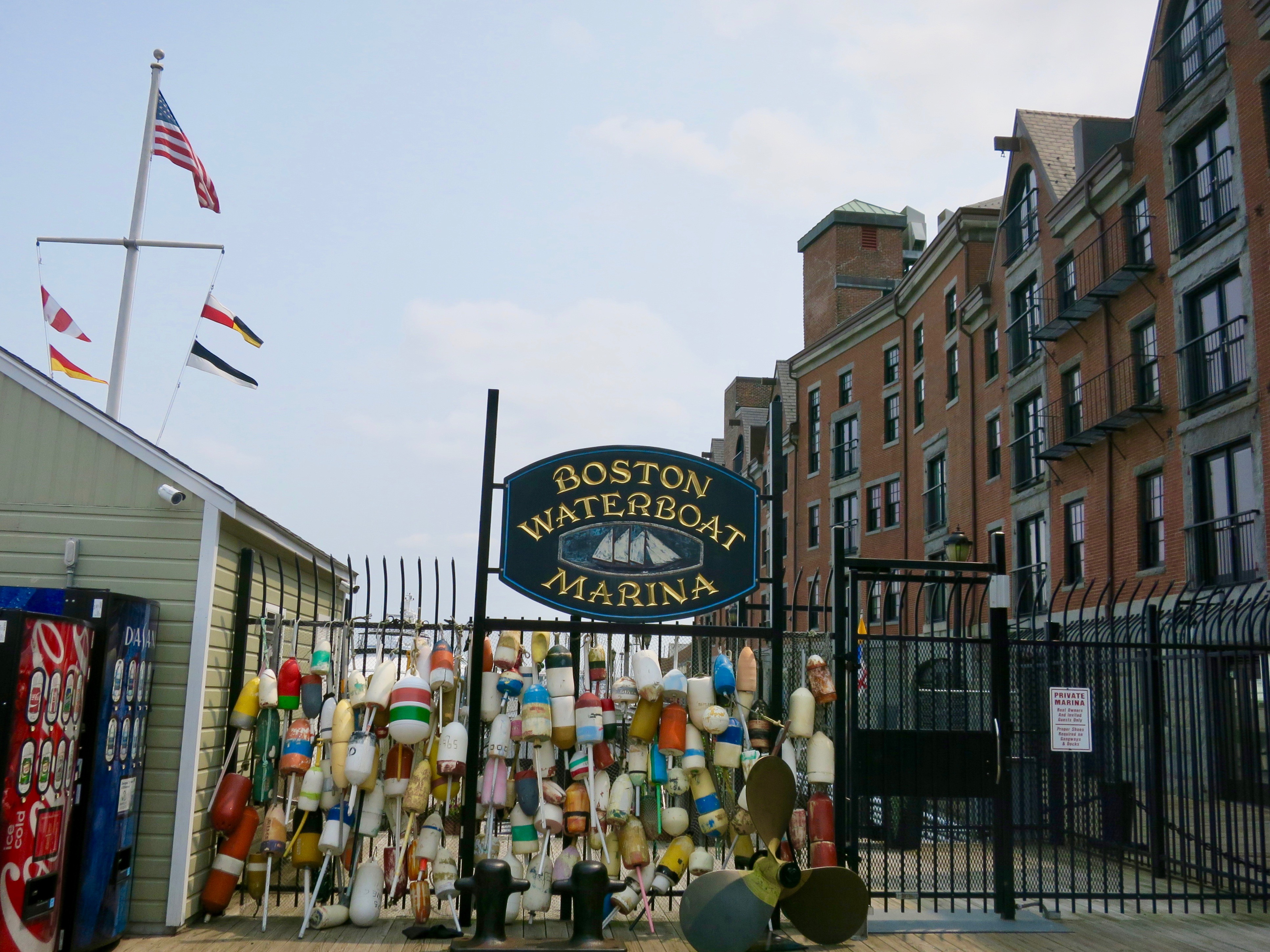 2. After enjoying the greenery of the park, I followed the signs indicating the continuation of the Harborwalk trail. I stumbled upon the Long Wharf North Ferry Terminal and the Long Wharf Shade Pavilion and Plaza. ​​On the Long Wharf, I could see the Gardiner Building, which is one of Boston’s oldest buildings. It is currently a Chart House seafood restaurant. You can read more about it here from one of our 2021 award winners! 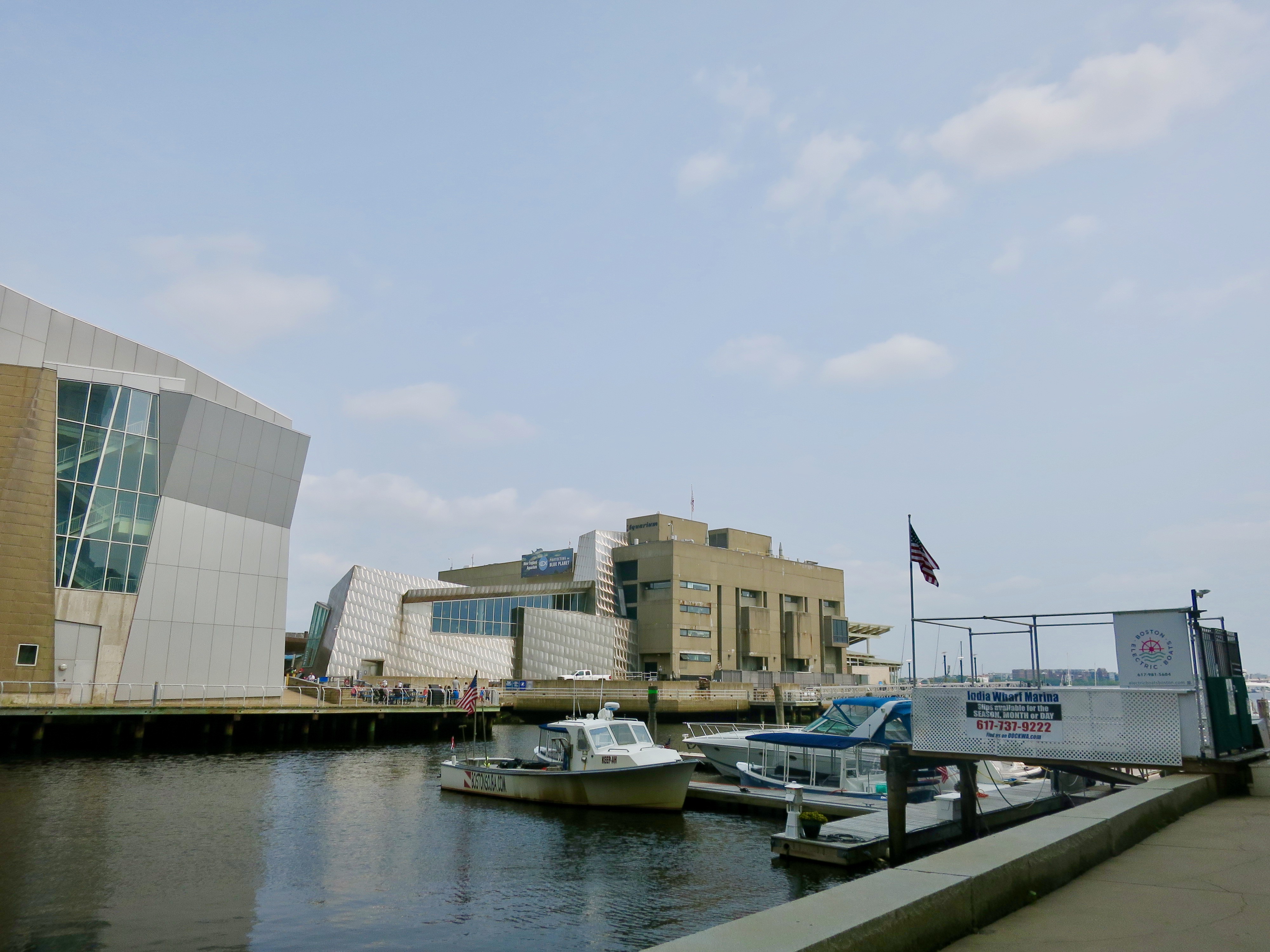 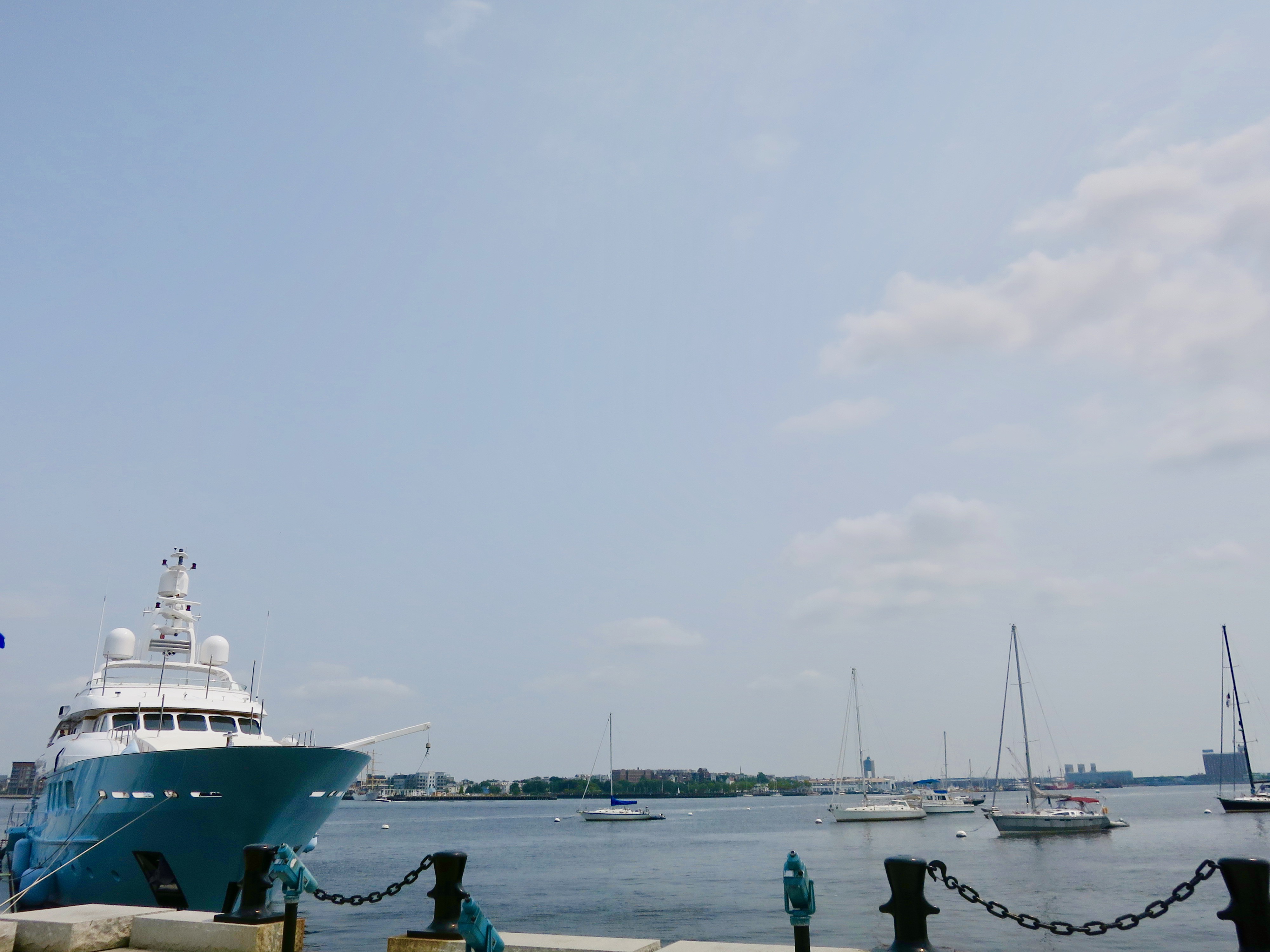 3. Next, the trail looped around to the New England Aquarium and Simons Theatre. While I didn’t enter either establishment, it was fun to see Aquarium-goers running about. 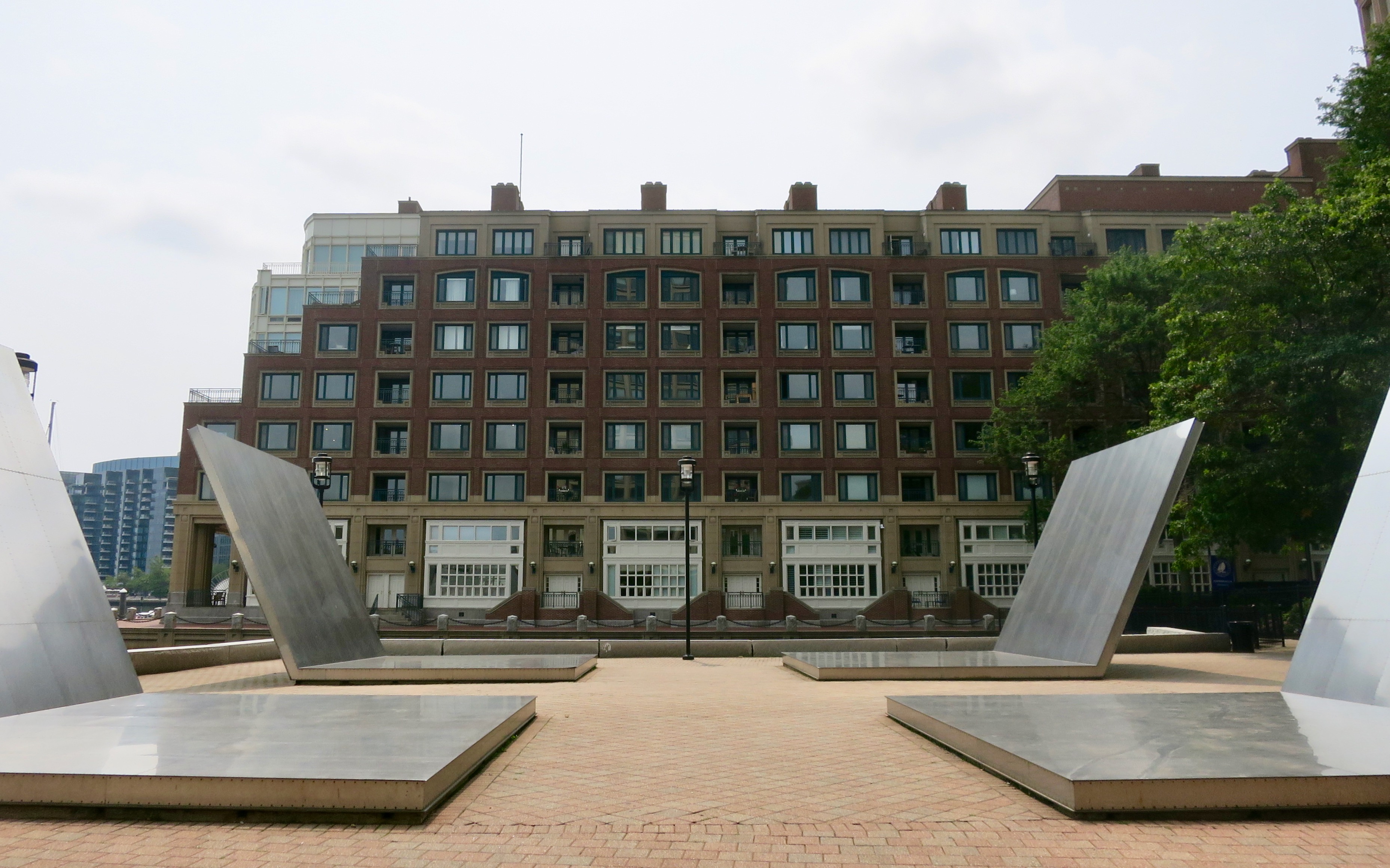 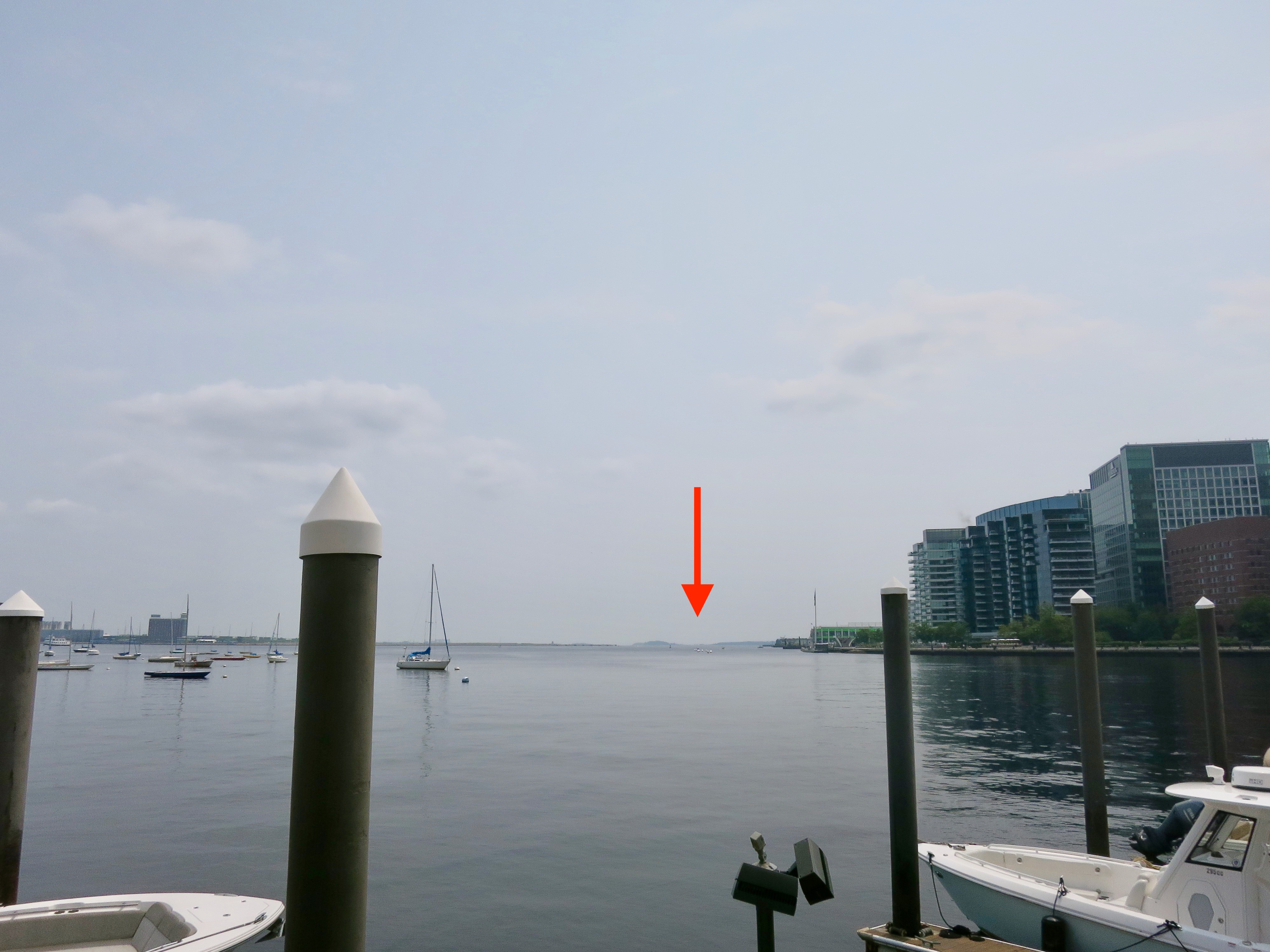 4. At the Harbor Towers Plaza, I saw the large, metal David von Schlegell art piece. From this location, I could also spot a couple of the Harbor Islands, Spectacle Island and Thompson Island. The Boston Harbor Islands have been named as one of America’s 11 Most Endangered Historic Places due to the risks they face from climate change, sea-level rise, and erosion. Learn more here. 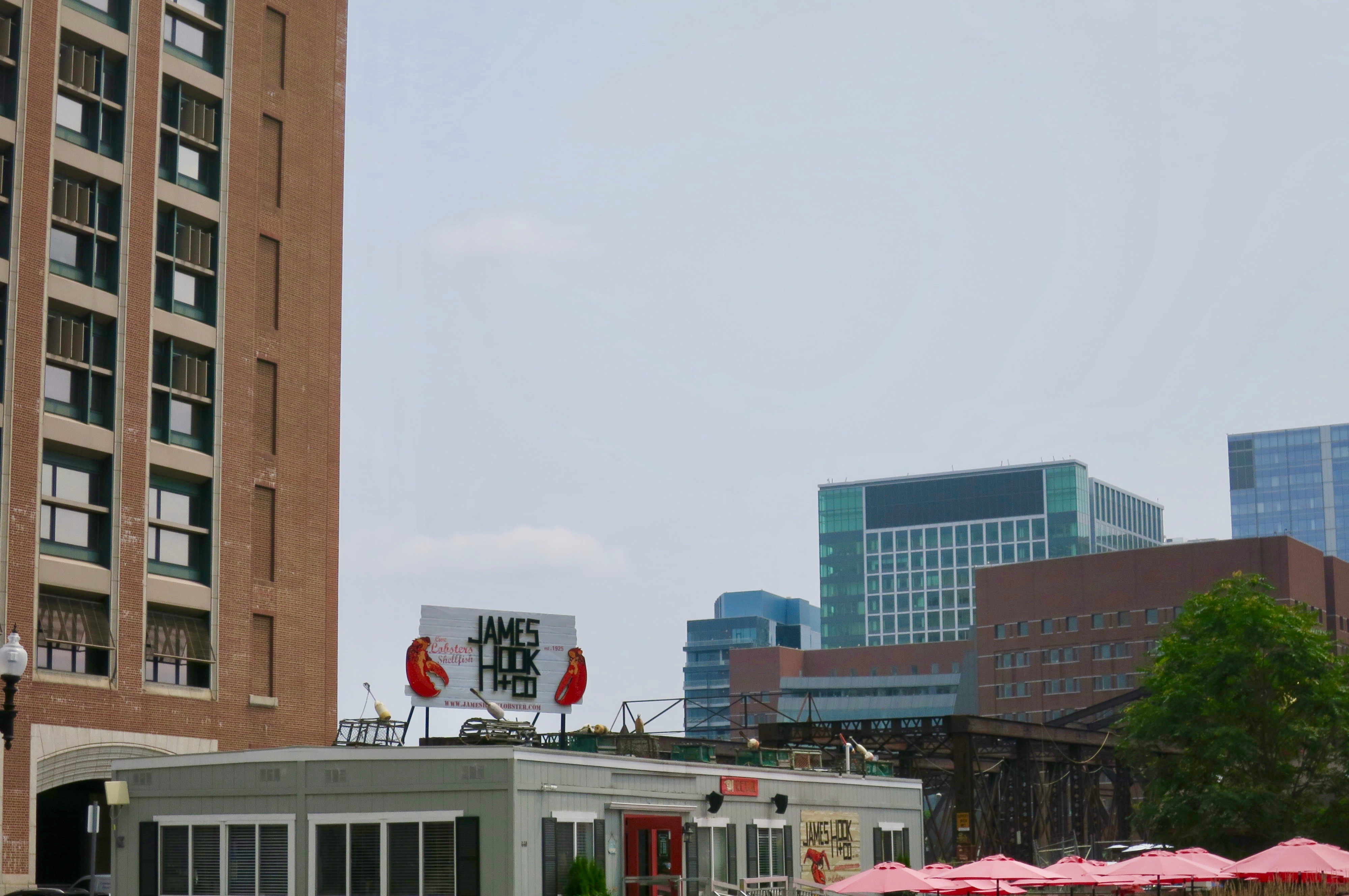 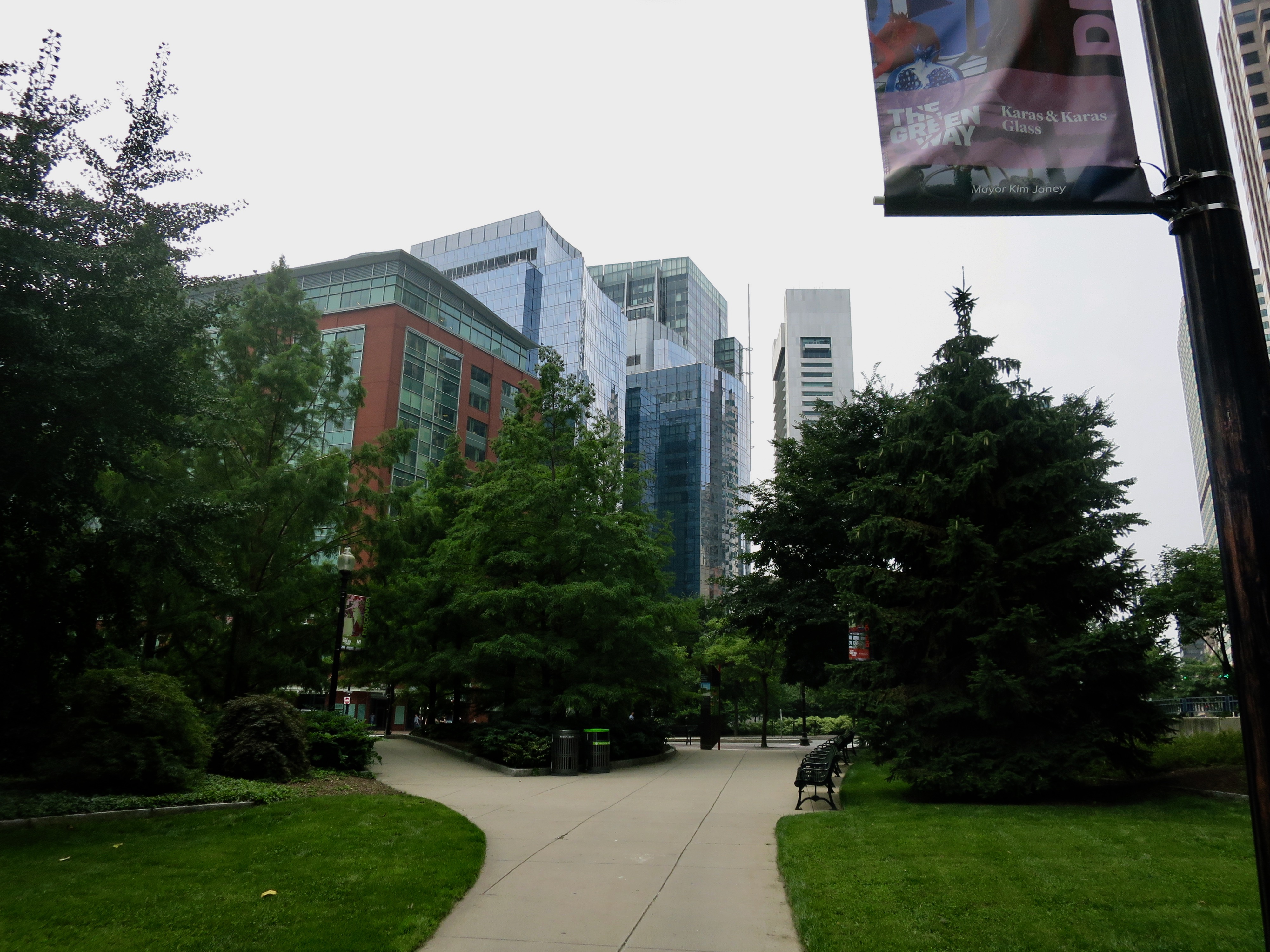 5. After stopping every couple of feet to admire the views and snap pictures along the route, I eventually made it to one of the Boston Preservation Alliance’s legacy businesses, James Hook & Co. Lobster, where I picked up a lobster roll. To enjoy this fresh treat, I veered off the Harborwalk to the Rose Kennedy Greenway. This slice of greenery within the city is the perfect way to wrap up a short stroll along the oceanfront. On my way to the Greenway, I could even spot the Northern Avenue Bridge, which the Boston Preservation Alliance is actively engaged with!

There is so much more to see! Check out a full map of the Harborwalk here. If you find yourself needing a way to spend a summer afternoon, consider a stroll along a portion of the Harborwalk! 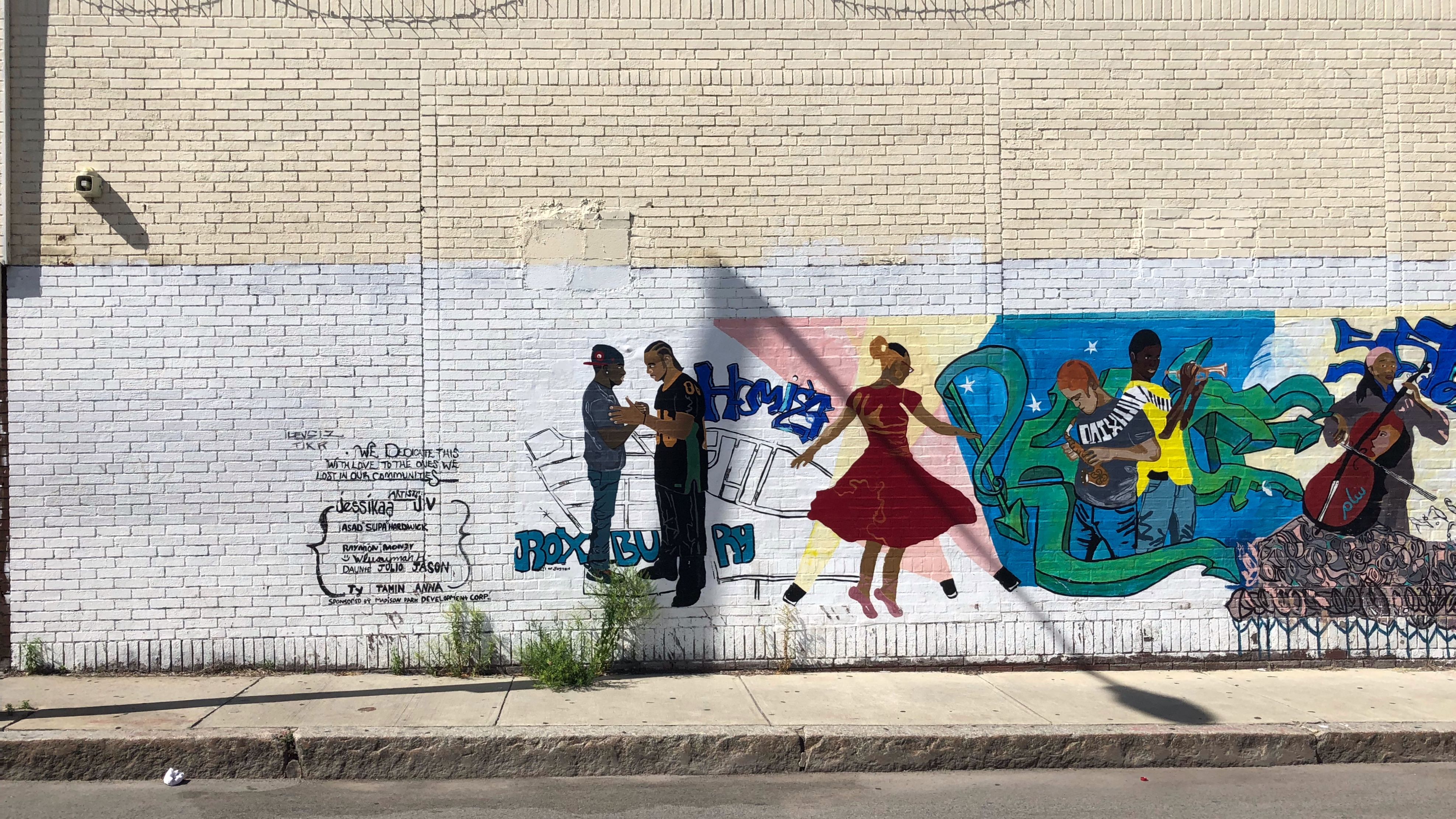