Established in 1660 in the heart of downtown Boston, Granary Burying Ground is famous for its historic inhabitants, such as John Hancock, Paul Revere, and Samuel Adams. An estimated one million people, Bostonians and tourists alike, come annually to pay their respects at this significant site. After many years of pedestrian traffic, the Freedom Trail attraction began to suffer the pressure of an increasing number of visitors; too much foot traffic had killed grass, compacted the soil, and caused erosion in the cemetery.

In order to prevent further degradation of the historic site, the Boston Parks and Recreation Department initiated several measures that would restore and maintain the landscape. Trees were pruned to allow more light into the grounds, areas with poor grass-growth were reseeded, and an annual turf maintenance plan was put into effect. To prevent pedestrians from trampling the grass, several pathways were widened, post-and chain fencing was installed, and paved standing areas were introduced near popular gravesites. Due to the delicate nature of Granary Burying Ground, project members worked diligently to preserve the historic resource without disturbing the sanctity of the burial site. 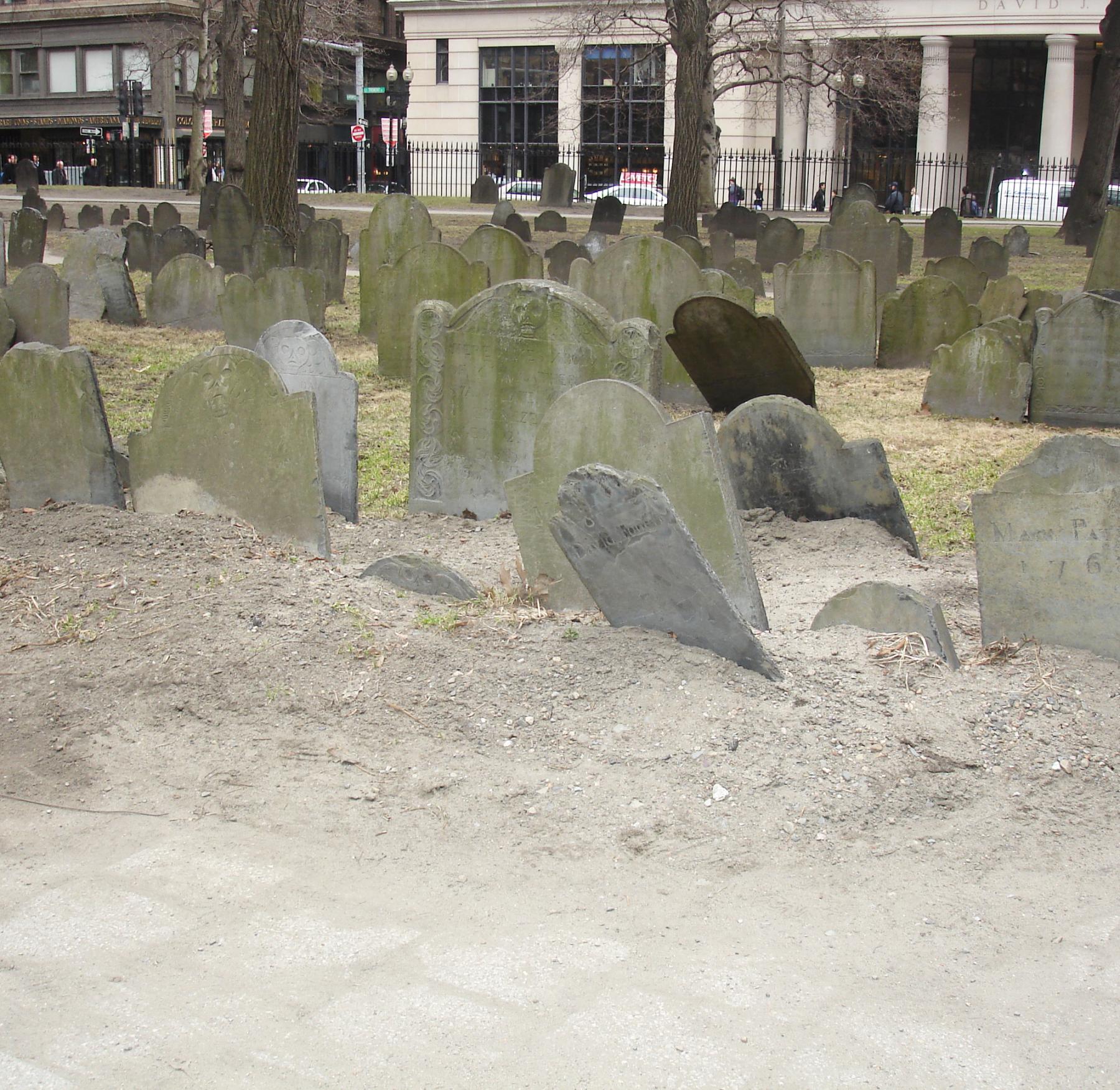 BEFORE: Muddy runoff from compacted area near John Hancock tomb 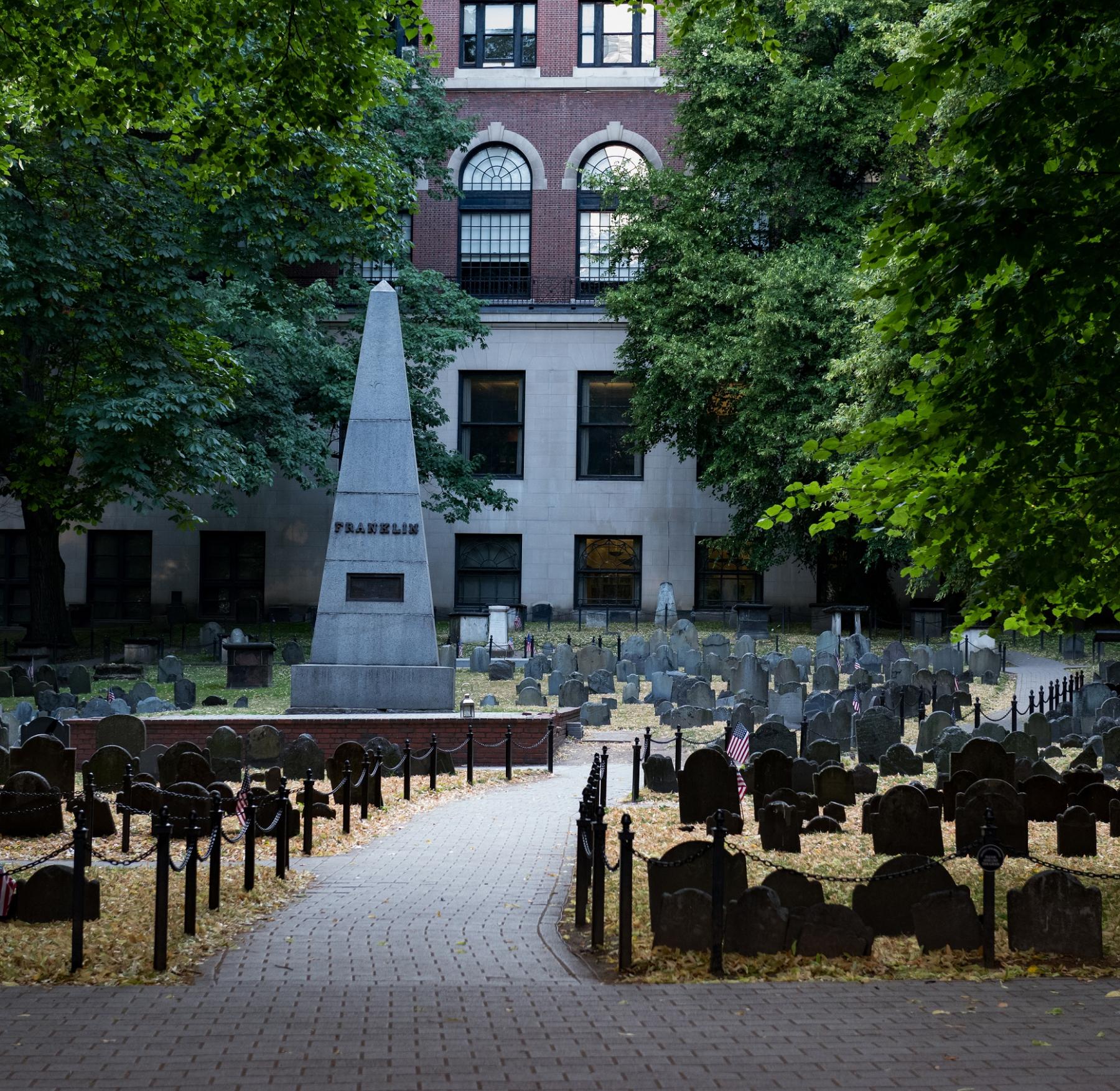 Improved path configuration with Franklin tomb in the background
Thank you to all our corporate members, including: