Jump To Our Position

In the city of Boston, there are two primary ways to protect historic resources (e.g. buildings, bridges, monuments, parks) from being demolished or significantly altered. The resource can be individually designated a local Landmark by the Boston Landmarks Commission or the area where it exists can be designated by the Commission as a local Landmark District. (Other designations such as National Register of Historic Places listing or even National Landmark status provide limited protection and only in particular circumstances.)

The bar to be formally designated Historic and attain protections in Boston is high and the process of designation can take years, even decades. In particular, a property that only has significance to Boston cannot be designated; counterintuitively, it must also have state, regional, or national significance. These rules were written generations ago when the goal was to protect structures with particularly significant architectural merit and original integrity. The regulatory structure tends to work well for buildings associated with Boston’s traditional history; for example, its often-told colonial and Revolutionary past, or buildings by famed architects. These are meaningful victories and these landmarks play an important part in preserving aspects of the city we all love and we are thankful they’re protected.

However, while many of those resources are protected, hundreds of others are vulnerable, deteriorating from neglect, or are targets for demolition by developers. Our understanding today of what is historic and whose stories we want to tell and celebrate through physical places is far broader. Yet the tools we have in Boston are poorly equipped to protect the resources our society has identified as meaningful today, like places associated with Black, Brown, LGBTQ, and women’s history, sites often altered from how they looked in their historical moment in time. That doesn’t make them any less important, any less desirable to preserve. The rules were just not designed to protect these places and that needs to change.

Additionally, the structure of these rules places preservation at great disadvantage, despite the fact that today we recognize that there are a variety of reasons to save existing buildings, not just historic- the negative environmental impacts of demolition, to name just one. When projects are reviewed by the City for approval, whether or not to keep the existing structure or space is typically not officially discussed until the very end of the process, during the Article 85 (demolition delay) hearing. Though this gives the proponent an opportunity to consider alternatives to demolition and work with the community, it comes after months or even years of review, redesign, and feedback with preservation rarely prioritized. Proponents are justifiably reluctant to start over at that point and redesign the project again to incorporate an existing element on the site. And even if what exists on the site is found to be historically significant, the most that can be done is a 90-day delay of demolition. The process has become little more than an administrative check box that frustrates neighborhoods and project proponents alike. Because of these flaws, Boston continues to lose meaningful and historic places, especially in minority-majority neighborhoods, at an alarming rate.

The time has come, particularly as we prepare for the nation’s 250th anniversary in 2026, to reexamine how we identify, understand, review, protect, and celebrate our historic resources in all their wonderful variety and diversity. We need to reevaluate what we consider historic to assure preservation is equitable. We need to better identify historic places in advance to better support planning, empower residents, and inform the real estate and development community to enhance predictability. And we need to update our preservation policies and regulations to provide the tools to balance preservation with growth.

The Alliance will continue to work with the City and our partners and supporters to meet this important goals.

For years the Alliance has advocated for changes to the Article 85 (Demolition Delay) review process and how resources are designated Historic in Boston. We have fought for funding for the Boston Landmarks Commission to expand their capacity, attended hundreds of meetings about projects that impact historic resources and neighborhoods, and fostered connections between communities and decision-makers. We know that changes to the review process within the BPDA, ZBA, BLC, and other related agencies is critical to the city’s ability to protect, promote, and preserve Boston’s historic built environment. With the impacts of climate change threatening the entire city, it is imperative that all of the City’s agencies, departments, and decision-makers work together to find solutions, with partnerships and guidance from advocacy organizations like the Alliance.

During the budget season this year, we advocated strongly (both behind the scenes and in public testimony). Despite city staff advocating for the Mayor’s proposed draft budget, we pushed for an increase to the BLC’s budget, asking for at least two new staff positions, funding to address the backlog of Pending Landmarks, and a plan to launch a citywide survey of historic resources.

For the first time in many years, significant resources were added to the City’s budget for BLC including two new positions (a planner to manage new local historic districts as well as a new community liaison to build relationships in the neighborhoods and begin preparing for a citywide survey) and funding to tackle the backlog. These new items align nearly perfectly with our request. This allocation will result in more places protected around the city that hold important histories, stories, and memories for all Bostonians. It will enhance the BLC’s ability to be more equitable in the resources they can protect.  The Alliance looks forward to continuing our partnership with BLC to further these initiatives and keep our supporters informed of changes and new opportunities.

Alliance staff is invited by City Councilor Bok to participate on the panel of experts for a City Council Working Session related to how Landmarks are designated in Boston. The proposed Home Rule Petition would change the requirement for local Landmarks to have historic significance beyond the local level; a requirement that has existed since the Boston Landmarks Commission was created. While the proposed change is relatively small (changing an “and” to a comma) members of the Greater Boston Real Estate Board, who also participated in this and a previous working session, felt that the minor language change would allow projects that had already been approved by the City, but not yet built, to be subject to Landmarking where they had not been previously, and projects that are in process with significant financial investment could be derailed. They requested transition language be included for such projects. Councilor Bok proposes a compromise that exempts properties that have approved, unexpired building permits or zoning variances or are in a Planned Development Area- see the attached draft language for more details. The panelists at this working session from both the preservation and real estate communities found the compromise acceptable and will review the draft language before the matter is brought to City Council for a vote. The petition will then proceed to the State House.

Boston City Council holds a hearing to discuss the draft budget for the Environment Department, including the Boston Landmarks Commission. Alliance Executive Director Greg Galer testified in strong support of more resources for the Landmarks Commission, stating that Boston is failing to balance growth and change with preservation. Greg adds that the Alliance believes this budget should provide the resources for three additional line items for BLC: a new staff position serving as a Community Liaison to help address inequities in preservation; funding to finally address the backlog of nearly 90 Pending Landmarks; and funding for a comprehensive, multi-year survey of historic resources throughout the city. The Alliance will continue to advocate for these additional resources as the budget process continues. Greg’s full testimony is attached below.

Alliance staff participates in the Boston Landmark Commission’s discussion about BLC’s work plan to develop priorities and goals for 2021, emphasizing the need to enhance the city’s preservation policies starting with the overall mindset at City Hall about the importance of preservation.

A working session is held to discuss the proposed Home Rule Petition to change language related to designating historic sites with local significance as local Landmarks. Alliance Executive Director Greg Galer testifies. The Alliance has provided testimony, support, and examples from other cities to advocate for this minor but impactful language change. The Greater Boston Real Estate Board joins the discussion to express concerns about the potential disruption of development projects that are in-process if a Landmark petition is accepted unexpectedly. They suggest language that would allow projects that have gotten approvals up to 20 years ago to be exempt from Landmarking under this new legislation. Others on the call agree that predictability for the development community is important, but do not agree with all of the suggested language. Councilors will continue to work on the language and encourage suggestions, comments, and questions from any interested parties. Those comments can be emailed to christine.odonnell@boston.gov; copy Emily.Brown2@boston.gov and jesse.purvis@boston.gov using the subject line: Docket #0296, An Act Relative to the Boston Landmarks Commission

Alliance Executive Director Greg Galer testifies at a City Council hearing in support of changing language that would allow for historic resources with only local significance to be eligible for local Landmark status. The existing enabling legislation for the Boston Landmarks Commission has been interpreted to mean that only sites found to be significant to the state, region, or nation are eligible for designation. This small grammatical change would allow for more sites, especially those representing minority communities, to be formally recognized as local Landmarks and receive the protection associated with that designation. A video clip from the hearing is above. The Councilors present and those who testified showed large support for this language change. Councilors Bok and Breadon are leading this effort. As a Home Rule Petition, this change will next go to a working session with Councilors, and then to the State House and Governor for approval.

City Council Committee on Arts, Culture, and Special Events hears Docket #1005. The hearing is regarding the creation of Boston Sestercentennial Commission to mark the 250th anniversary of 1776.

The Alliance coordinates with Councilor Bok, who sponsored this matter and referred it to the Committee, to prepare panelists and testimony for this hearing. In addition to celebrating Boston’s diverse history and communities during the Sestercentennial, one of the goals of the hearing is to shed light on the challenges of our current preservation policies and procedures, and to recommend a process to develop solutions to make the rules better meet today’s needs. Councilor Bok proposed the formation of a special Commission to continue the dialogue on these issues and the Alliance anticipates close engagement, especially concerning the policy conversations. The Alliance urges City Council to fund a comprehensive study of the impacts Boston’s historic resources have to the city’s economy, tourism, affordability, walkability, etc. as well as potential climate impacts to these resources. This study will inform future decisions about larger policy, budget, and narrative changes needed with local government. 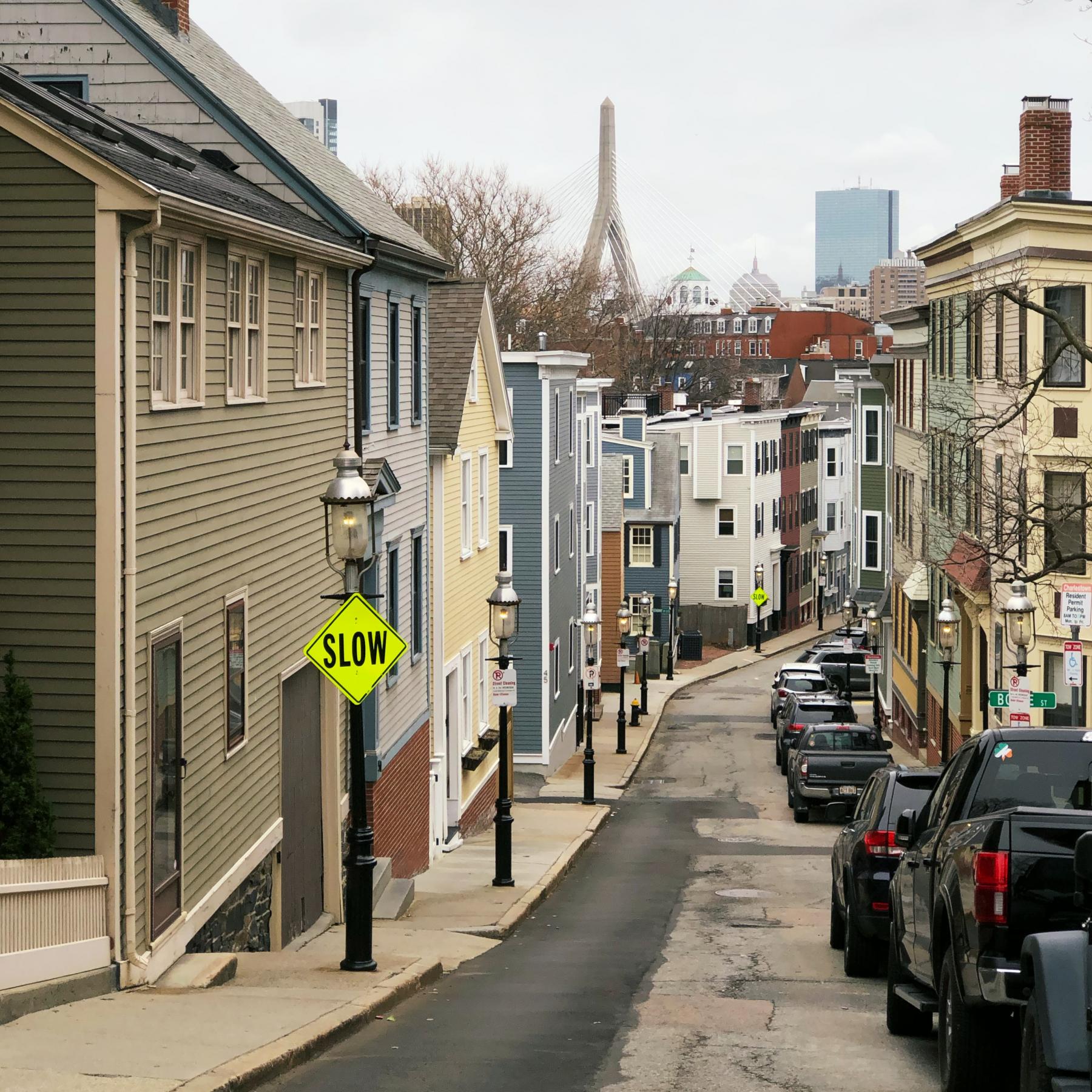