A tower is proposed for the corner 560-574 Commonwealth Avenue at the intersection with Beacon Street and Brookline Avenue. The proposal calls for the demolition of the existing structure- a circa 1954 curved building that is now a Citizens Bank- and the construction of a 243,000 square foot, 29-story, 391-room hotel with a reconfigured public plaza and traffic circulation. The developer, Mark Kenmore LLC, working with Studio Gang Architects proposes a bold tower and significant alterations to the public realm.

The Alliance does not feel that the existing building has historic significance or contributes to the character or vibrancy of the square. We therefore do not oppose its demolition. While the proposed tower introduces significant height to Kenmore Square, we do not believe it will negatively impact the neighborhood. The Alliance supports new development and bold design in locations where it appropriately dialogues with the existing built environment.

•   December 12, 2019
The Boston Planning and Development Agency approves this project.

•   May 8, 2019
Alliance staff attends a public meeting to hear public feedback about the proposal. The Draft Project Impact Report has been filed but additional information will be available soon from ongoing studies, particularly wind impacts. A video is shown that explains the new traffic pattern and public plaza; the $15M public realm improvement package is funded by the developer as mitigation for additional height for the tower. Some of those attending the meeting express support for the project because it brings hotel jobs to the neighborhood, especially if the hotel and construction jobs are union. Others are concerned about the impacts to the neighboring Kenmore Tower. There are a few attendees who express support for the bold architecture and unique design.

•    April 19, 2019
The BPDA issues a Scoping Determination which includes comment letters received and an outline of specific materials which the proponent will need to prepare and make public.

•    February 8, 2019
Alliance staff meets with the project team to learn more about the proposal. The project no longer includes the Buckminster Hotel site. The new architect on the project is pushing for less glass than before- 40% curtain wall and 60% metal, brick, or stone. The tower will include an interior atrium that functions as a light and air well for interior spaces. In order to exceed the FAR limits on this site, the proponent is working with the City to include public land in the project site, move the building forward on the new site, and introduce a new public plaza and significant reconfigurations of the traffic patterns through the intersection.

•    January 26, 2018
Alliance staff meets with the project team. The project includes two sites including the historic Buckminster Hotel, though changes to the existing building are not part of this proposal. There are no height limitations in the zoning for this site but there is a max FAR (Floor to Area Ratio) of 4. In order to go above that, they need a total of one acre of land to qualify for a Planned Development Area, or PDA, which facilitates site-specific zoning. The other building, currently a Citizens Bank, is not historically significant. Alliance staff expresses concerns about the loss of historic character in the square and throughout the neighborhood, urging an architectural expression that is more sympathetic to the context of Kenmore Square. 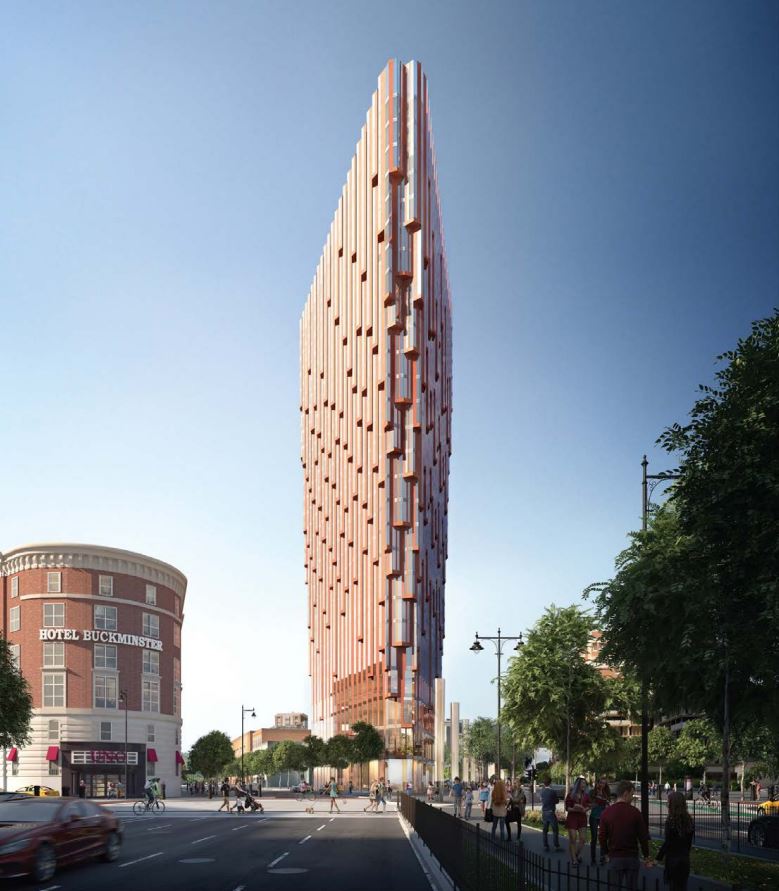 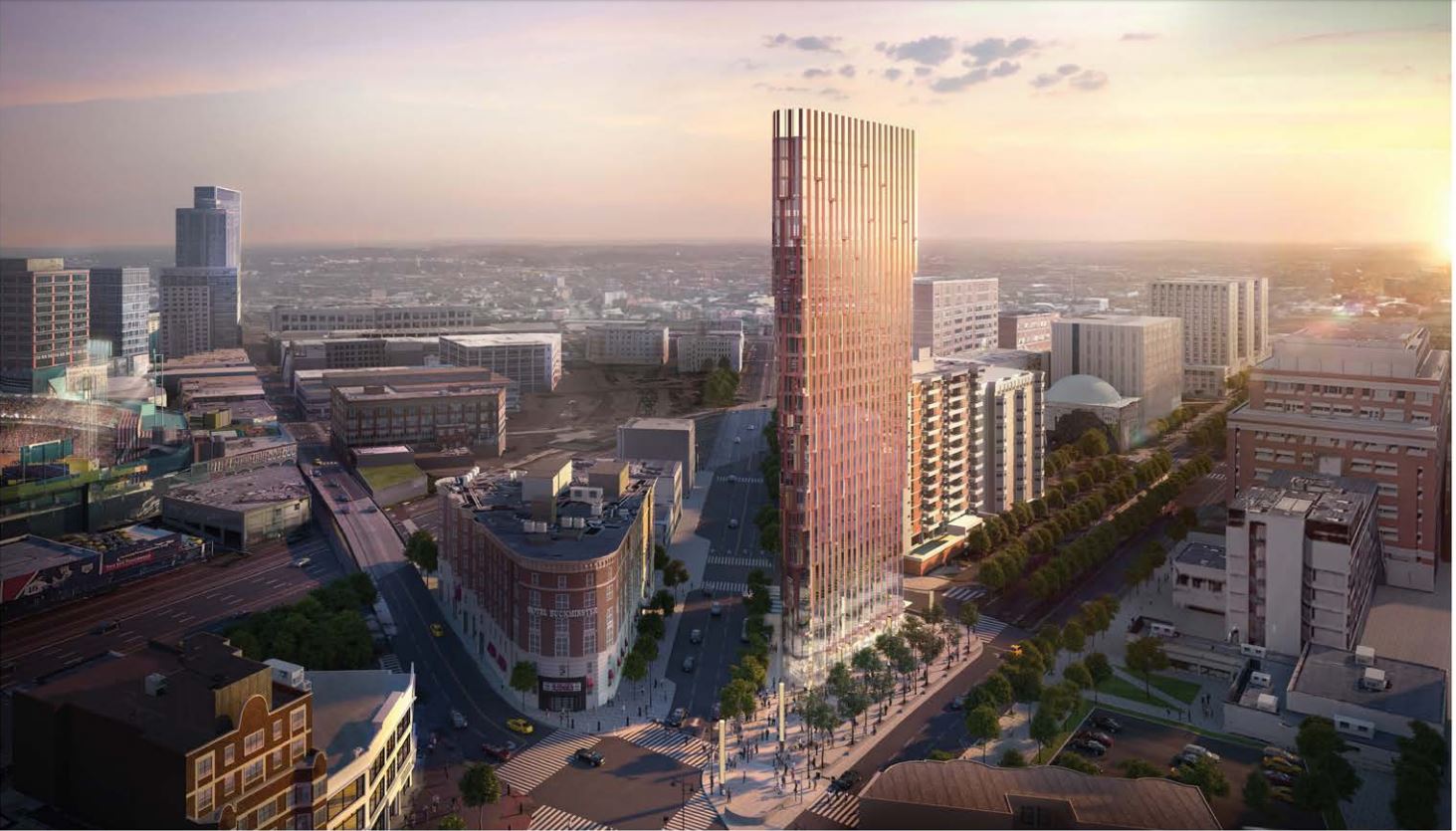 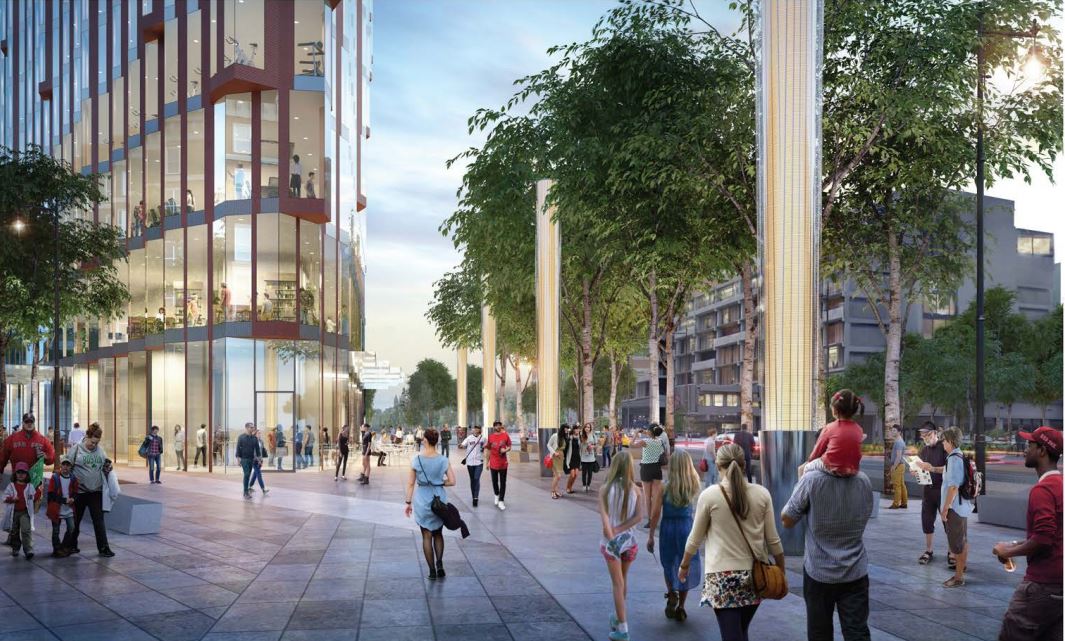 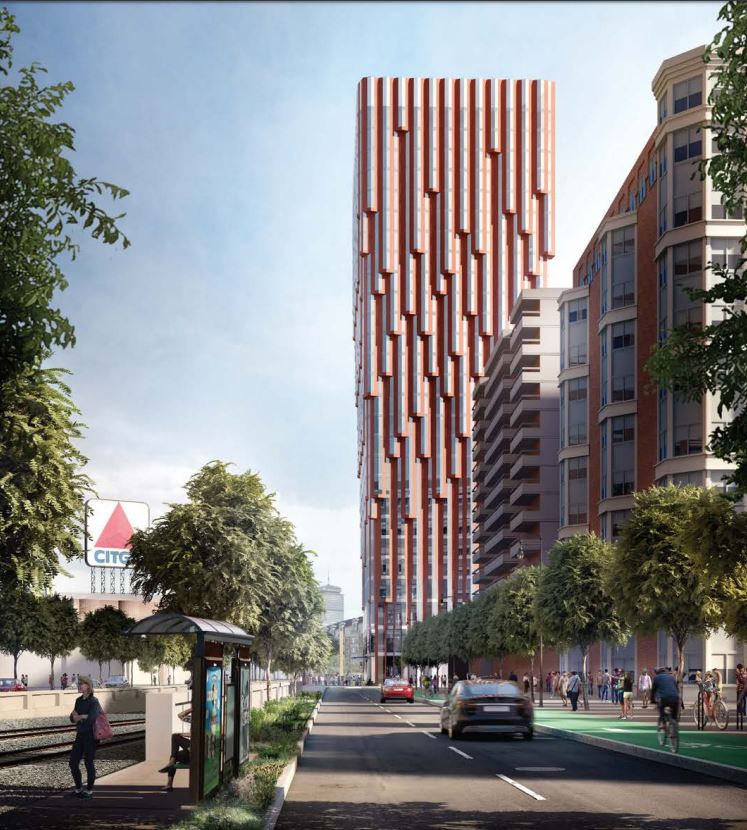 View Facing East on Cambridge Avenue- Studio Gang Architects
Thank you to all our corporate members, including: