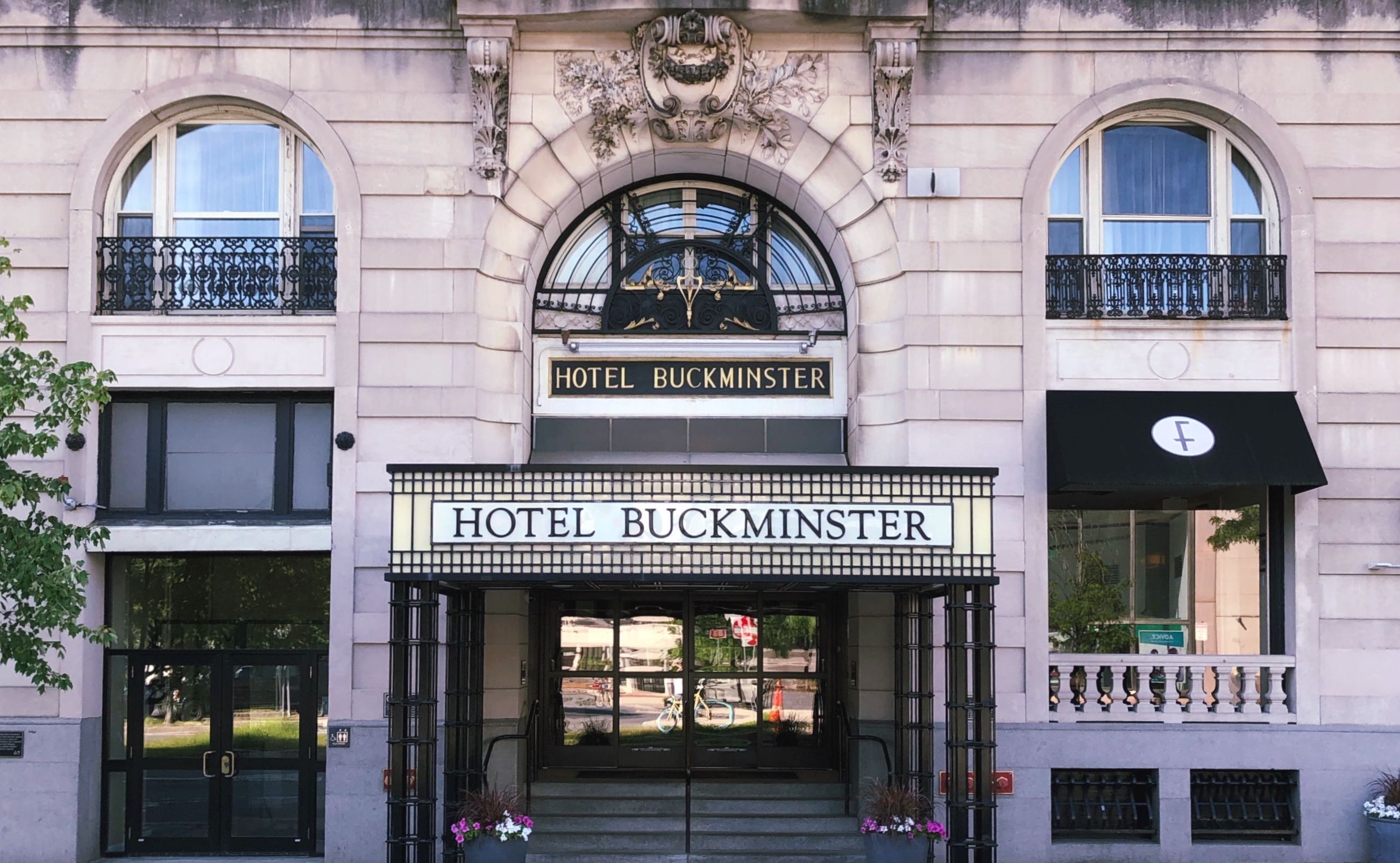 Boston Hotel Buckminster (formerly Hotel Buckminster) had a long and fascinating history. Built in Kenmore Square in 1897 by Boston architects Winslow & Wetherell, the hotel played an important historic and cultural role in Boston throughout the years. It was the site where the 1919 Black Sox Scandal for the World Series was planned. The hotel hosted a speakeasy in the 1920s. In the 1940s, military police used part of the building to hold Italian prisoners of war. In the 1950s, the ground floor was home to the Storyville nightclub, which featured legends like Billie Holiday and Louis Armstrong. With its proximity to Boston’s greatest attractions and its promise of the most iconic views of the city—of Fenway Park and the iconic Citgo sign—it was always an exciting place to stay for visitors. In March 2020 the hotel’s management announced its closure due to the COVID-19 pandemic.

Fenway Park opened on April 20, 1912, under Red Sox owner John I. Taylor. Today, it is the oldest active Major League baseball park in the United State and one of only two remaining ballparks built during baseball’s “Golden Age.” Although Fenway has remained mostly unchanged since 1912—with the exception of the addition of the iconic “Green Monstah.” Fenway Park earned a place on the National Register of Historic Places in 2012 and is currently pending Boston Local Landmark status. In addition to advocating for these two designations, the Boston Preservation Alliance nominated Fenway Park for the 2008 Sports Business Awards’ Sports Venue of the Year, and awarded the ballpark a Special Commendation for Outstanding Stewardship at the 2005 Preservation Awards and the President’s Award for Excellence in 2017.

The original Parker House Hotel was built in 1855 by Harvey D. Parker after he began making plans with John F. Mills in 1847. The hotel was supposedly the first in America to have rooms and meals paid for separately. Parker decided to hire a French gourmet chef to work at the hotel and soon after the hotel earned its acclaim. Supposedly, it was here, under the French chef Sanzian, that the Boston Cream Pie was created in 1856. Also founded in 1856 was the Saturday Club, where many literary scholars like Ralph Waldo Emerson and Henry Woodsworth Longfellow met for monthly meetings. In 1925 a majority of the hotel was demolished to make way for a new and improved Parker House Hotel which was completed in 1927, and in 1933 the hotel was foreclosed by the banks due to the Great Depression, and it was bought a few years later by Glenwood Sherrard who ran the hotel until 1958. In 1968 the struggling Parker House was bought by Dunfey Hotels. They eventually acquired the rights to “Omni International” and in 1996 the Parker House Hotel became the Omni Parker House hotel as it is known today.

South Boston Candlepin, also known as Southie Bowl, has been a favorite for Boston bowlers for twenty years. They pride themselves on being a family bowling venue, and even offer bowling leagues five nights a week.

Hanging over a Starbucks on Court Street and on the corner of City Hall Plaza is a large, steaming kettle. This Steaming Tea Kettle was cast in 1873 by copper manufacturer Hicks & Badger as part of a promotion for the Oriental Tea Shop below, and a contest was held to guess how many gallons fit in the kettle. After the Oriental Tea Shop left, the store below was called The Steaming Kettle, and a small sign marking this location is still visible on the building today.

Wally’s was opened in 1947 by Joseph L. Walcott, a Barbadian man who came to the US in 1910 and was a major part of the movement to foster love of Jazz in the New England community. After working many jobs and saving, Mr. Walcott became the first Black man to own a nightclub in New England. As the craze for jazz died down decades later, Mr. Walcott began to turn to Berklee School of Music, the New England Conservatory of Music, and the Boston Conservatory to hire student musicians to mingle with the previous jazz professionals in a continuation of the iconic jazz scene. In 1979 Wally’s moved to the other side of the street, but continues its entertainment legacy today.

Back to the Boston Legacy Businesses Map