The Generation of Pho Hoa’s Adventure

Pho Hoa was founded by Thanh Le. Pho Hoa began on Dorchester Ave in 1992. Tam’s father opened the family’s first-ever restaurant. Since Tam has been in the business for a long time he has learned about entrepreneurship. Pho Hoa’s employees serve the food neatly on each plate. The workers are very hardworking, and they respect their customers who enter and leave the restaurant. Pho Hoa’s special drinks are from Tam’s other restaurant called Reign Drink Lab. The drinks there are made out of mangos and some special butterfly mix. The experience of being at Pho Hoa is special because they are welcoming, respectful, and hardworking.

Tam, the owner of Pho Hoa, was born in Newton, Massachusetts when his parents immigrated to America from Hue, Vietnam in 1981. When Tam received his MBA from Babson College in 2013, he started his first restaurant called Pho Linh in Quincy. Pho Linh is named after Tam’s wife. He also made other creations such as Reign Drink Lab. Reign Drink Lab was opened in 2016, located in Dorchester, MA. At the drink lab, Tam works with many of his friends. Tam was officially the owner in 2018 because Tam’s father, Thanh Le, retired from being the owner of Pho Hoa. Two years later in 2020 Tam opened another restaurant in Worcester called Chashu Ramen and Izakaya. Before Pho Hoa was built, in 1933 there was only one building owned by Esther Cohen. As more years passed by, the streets near Pho Hoa kept changing as well as the owner of the building. In 1874 more buildings were added to the old building.

Pho Hoa has been a legacy business for many years. This business has been passed down through Tam’s family. Pho Hoa is important to the Vietnamese community because there are a lot of Vietnamese people that live around Pho Hoa, so having another nearby restaurant makes them feel at home and welcomed. In Pho Hoa there’s different creative drinks with unique flavors to try. The food from the business is from Vietnamese culture. This business has been around for 30 years. This is why Dorchester Ave’s Pho Hoa is important to the Vietnamese community. 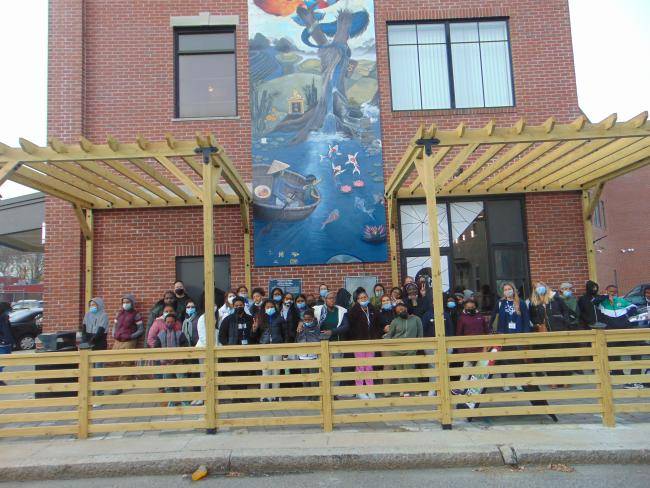