Pho Hoa was founded in 1992 in Dorchester, MA, by Tam’s father, Thanh Le. It was a family business for twenty years. Tam learned firsthand about entrepreneurship. Tam sells food and drinks. The food includes rice, chicken, vegetables, soup, and spring rolls. Pho Hoa is usually crowded with people because of how amazing the restaurant is. There are very pretty paintings for people to look at, and they have an amazing drink called the peach drink too. The restaurant is very fancy. It has nice employees and great service.

In 1992, Pho Hoa was founded by Tam’s father, Thanh Le. In 2013, Tam opened Pho Linh in Quincy, named after Tam’s wife. In 2016, Tam opened his second restaurant, Reign Drink Lab, in Dorchester, MA. In 2018, Tam became the owner of Pho Hoa because his father retired. In 2020, Tam opened Chashu Ramen and Izakaya in Worcester.

Pho Hoa is important to the community because it’s a part of the Dorchester community and because there are people who want to try new things. Pho Hoa is a Vietnamese restaurant for people to try cultural food from a different place! Pho Hoa makes Vietnamese people feel nostalgic, tasting their food. Pho Hoa strengthens the Boston community. People from different cultures enjoy the restaurant! 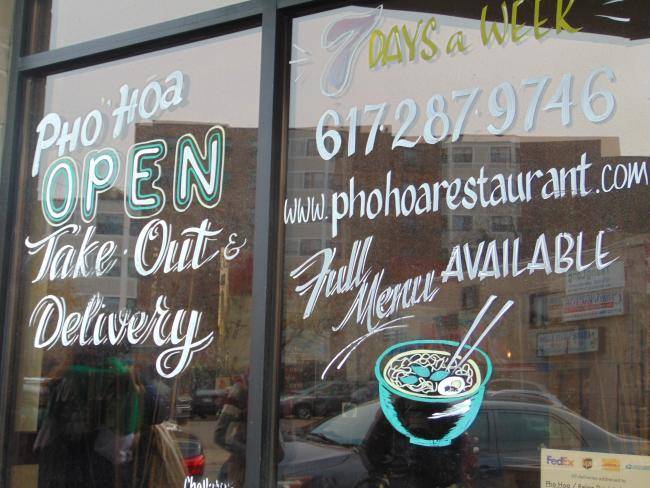