The 14-acre Christian Science Plaza is the largest publicly accessible private open space in Boston. Originally designed in 1968 by Stu Dawson of Sasaki and Araldo Cossutta with I.M. Pei & Partners, the Plaza is a national icon. The Plaza was created as part of a mid-century update of The Mother Church and world headquarters of The First Church of Christ, Scientist and unites several pre-existing historic buildings into a monumental composition. When it was completed in 1972, the plaza was designed to be shielded from the public to serve as a refuge, but the church wanted to make the current plaza more welcoming to the Boston community. As a designated Boston Landmark, adapting the Plaza to be more welcoming meant finding ways to penetrate the gentle barriers at the plaza’s perimeter while respecting the cherished original design and preserving its historic integrity.

The project team addressed this by first understanding the original design and studying its geometries and character-defining features. Special attention was paid to the minimalism of the space to ensure that improvement efforts wouldn’t compromise this aesthetic. To make the Plaza more welcoming from Huntington Avenue two square raised planters were removed and replaced with large wood platform benches for additional seating, called The Nooks. A granite “carpet” in the Nooks provides a shadow of the former planter and allows the repetitive geometry of the planters to continue uninterrupted. Previously, the planters were filled with an overly complex collection of taller shrubs and perennials that appeared somewhat chaotic and obstructed the view of the Plaza. The design team returned to Cossutta’s and Dawson’s original carpet concept using low perennials in three varieties that provide year-round interest.

Sustainable design measures, such as reducing the pool depth by 75%, and eliminating leakage, drastically reduced the annual potable water consumption. More than half of the Plaza’s considerable stormwater runoff was redirected into underground infiltration galleries rather than into the Charles River and is now used to recharge the groundwater beneath The Mother Church, critical for preservation of the wood piles that support the building. Where completely new interventions occurred, the design team introduced granite, wood, and stainless-steel elements for harmonious coexistence within the mid-century Brutalist context, while clearly distinguishing new from original.

“The Christian Science Plaza is a Boston treasure and like all things that are worth keeping, it needed investment. The project team carefully analyzed ways to make the site more accessible and welcoming to the public while celebrating its original design intentions and aesthetics,” says Executive Director Alison Frazee. “The interventions to the pool to make this engaging feature more sustainable were undertaken sensitively and appropriately, preserving this place of reflection for all visitors.”

The First Church of Christ, Scientist 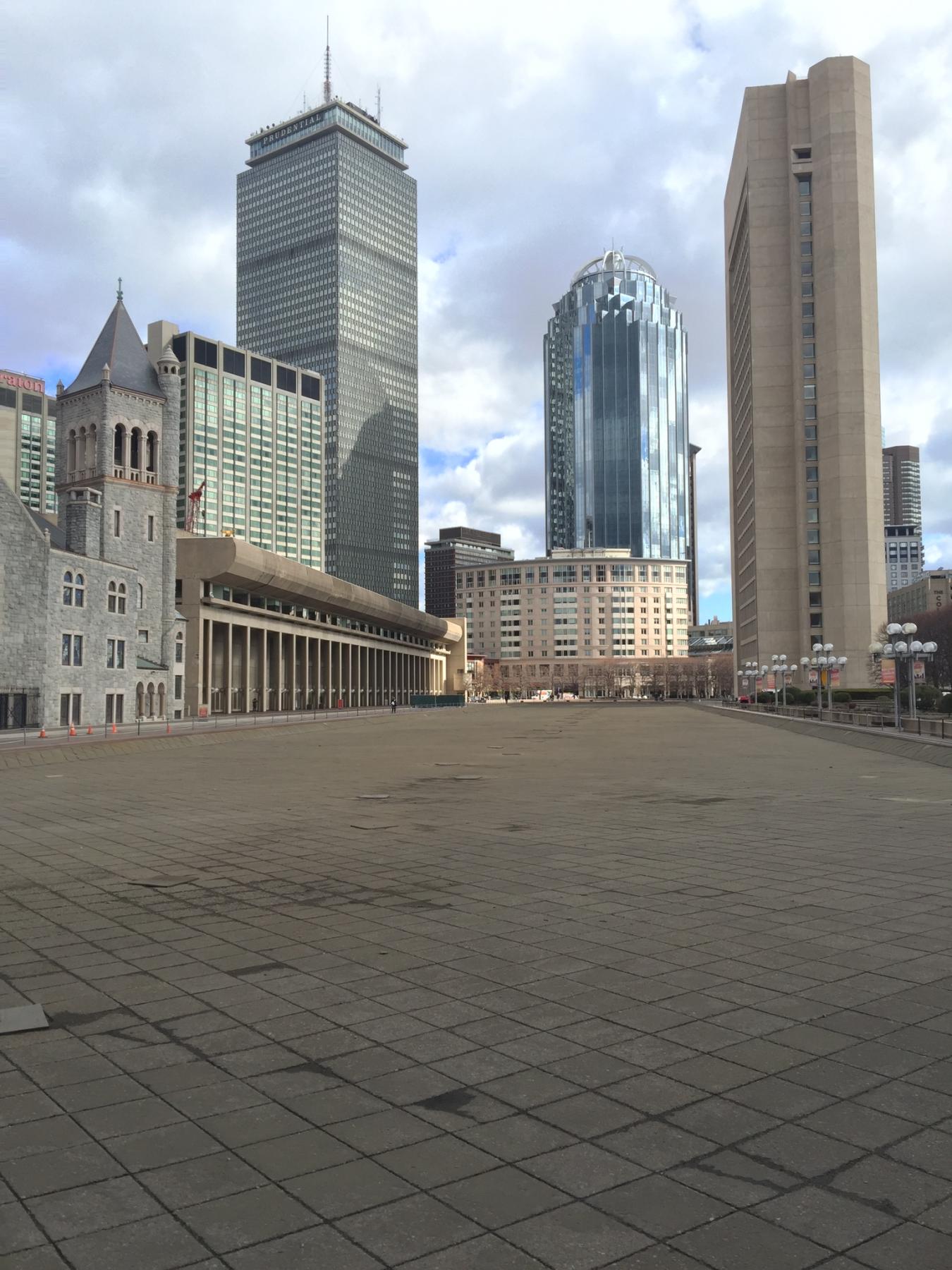 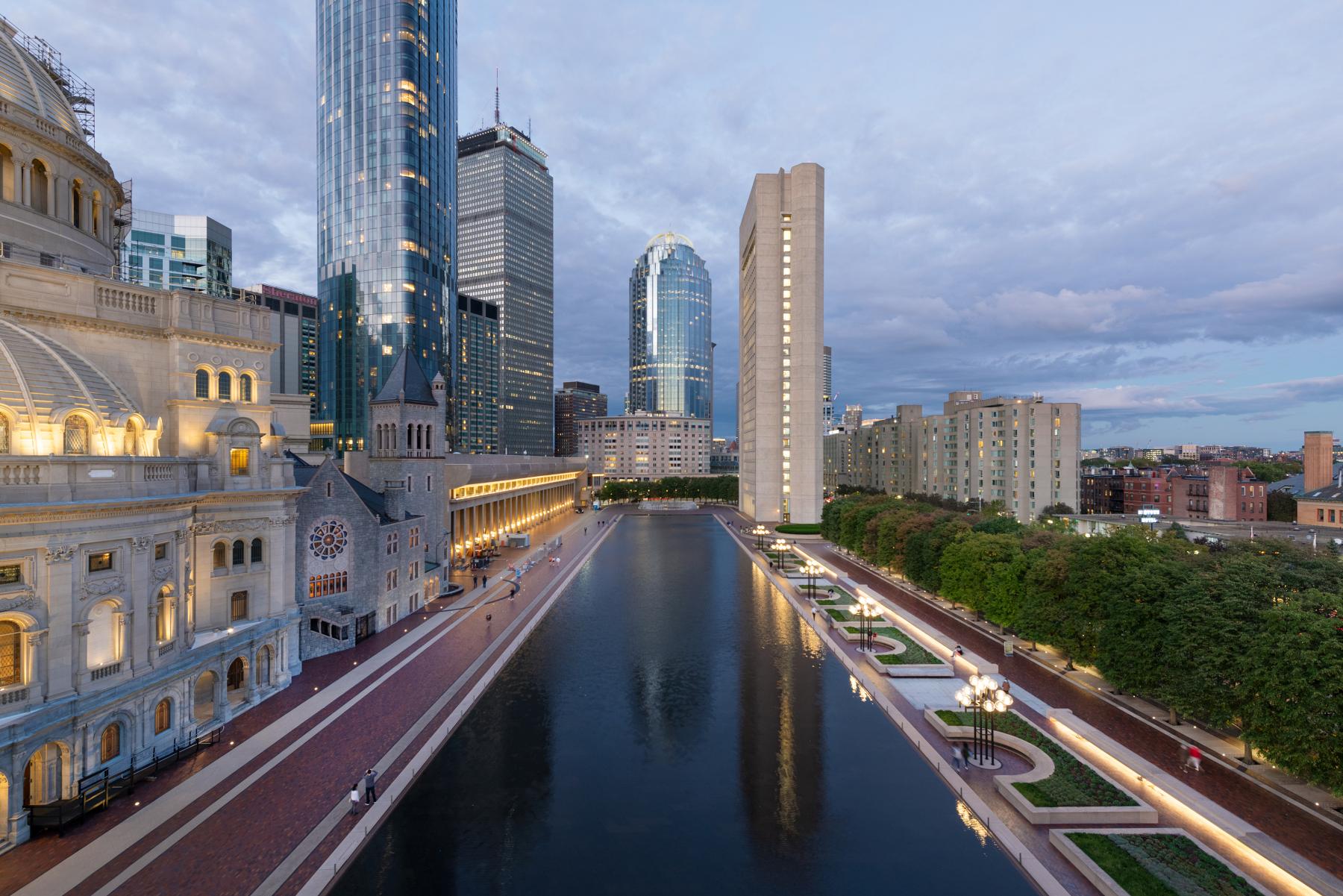 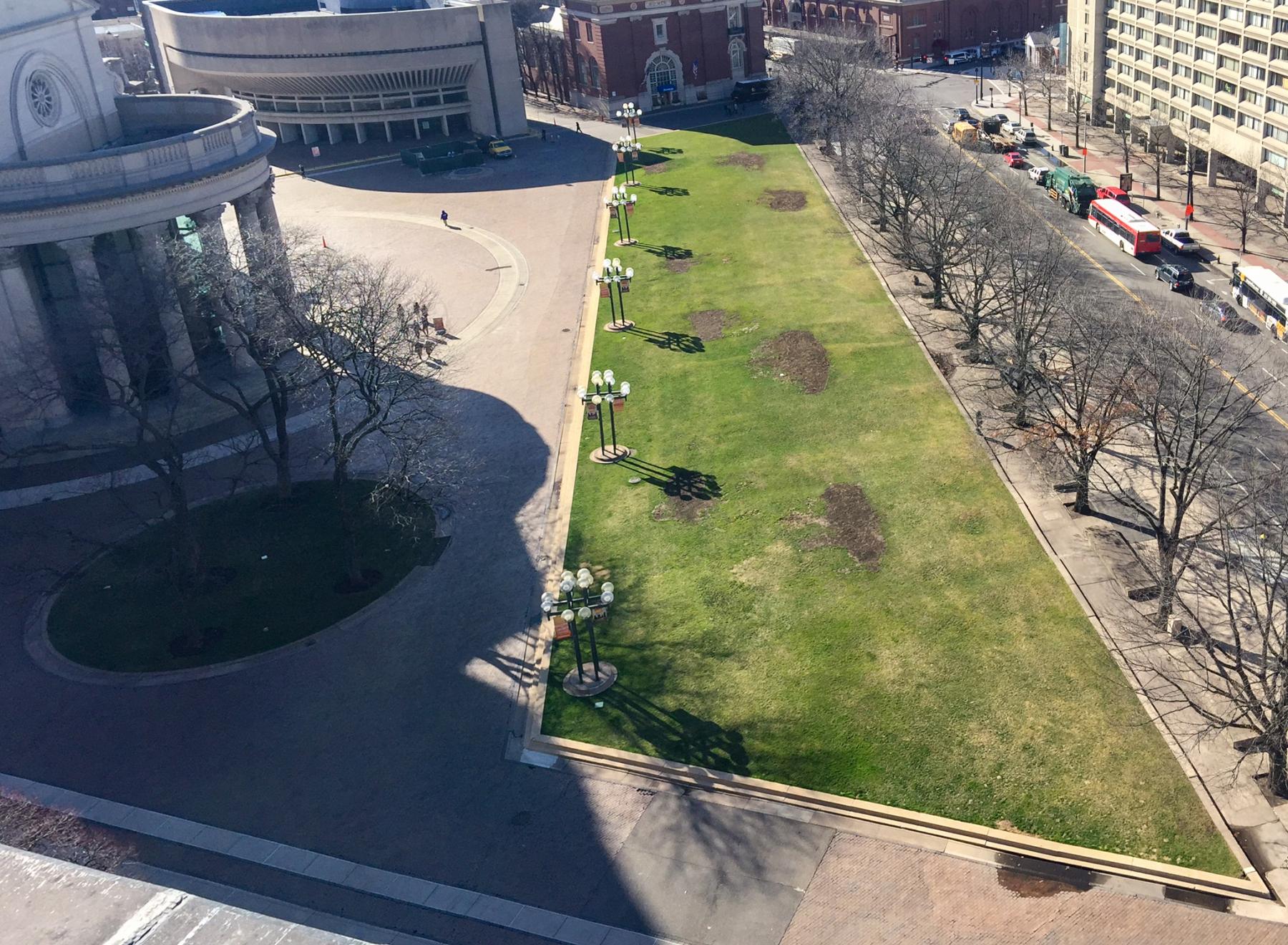 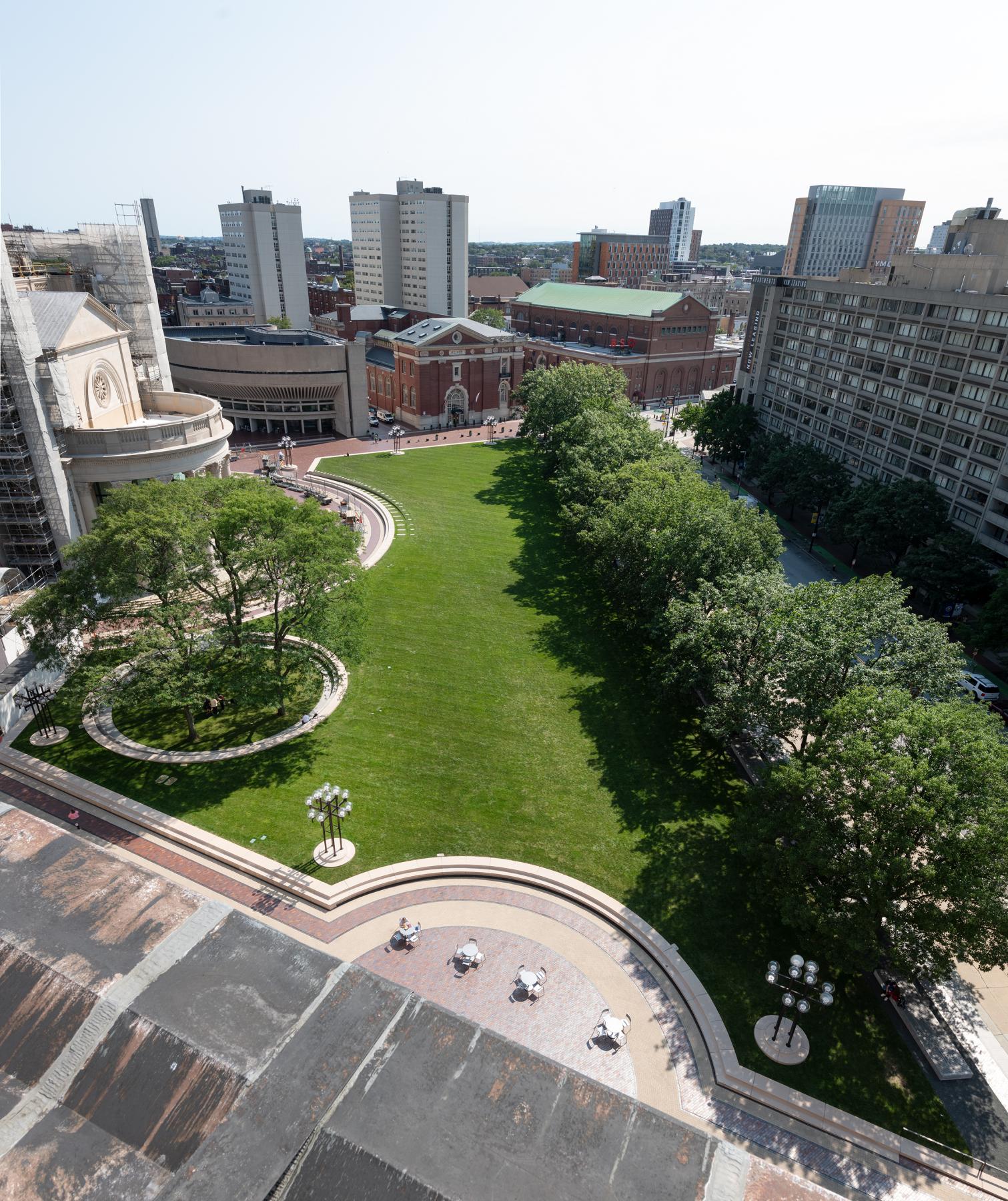 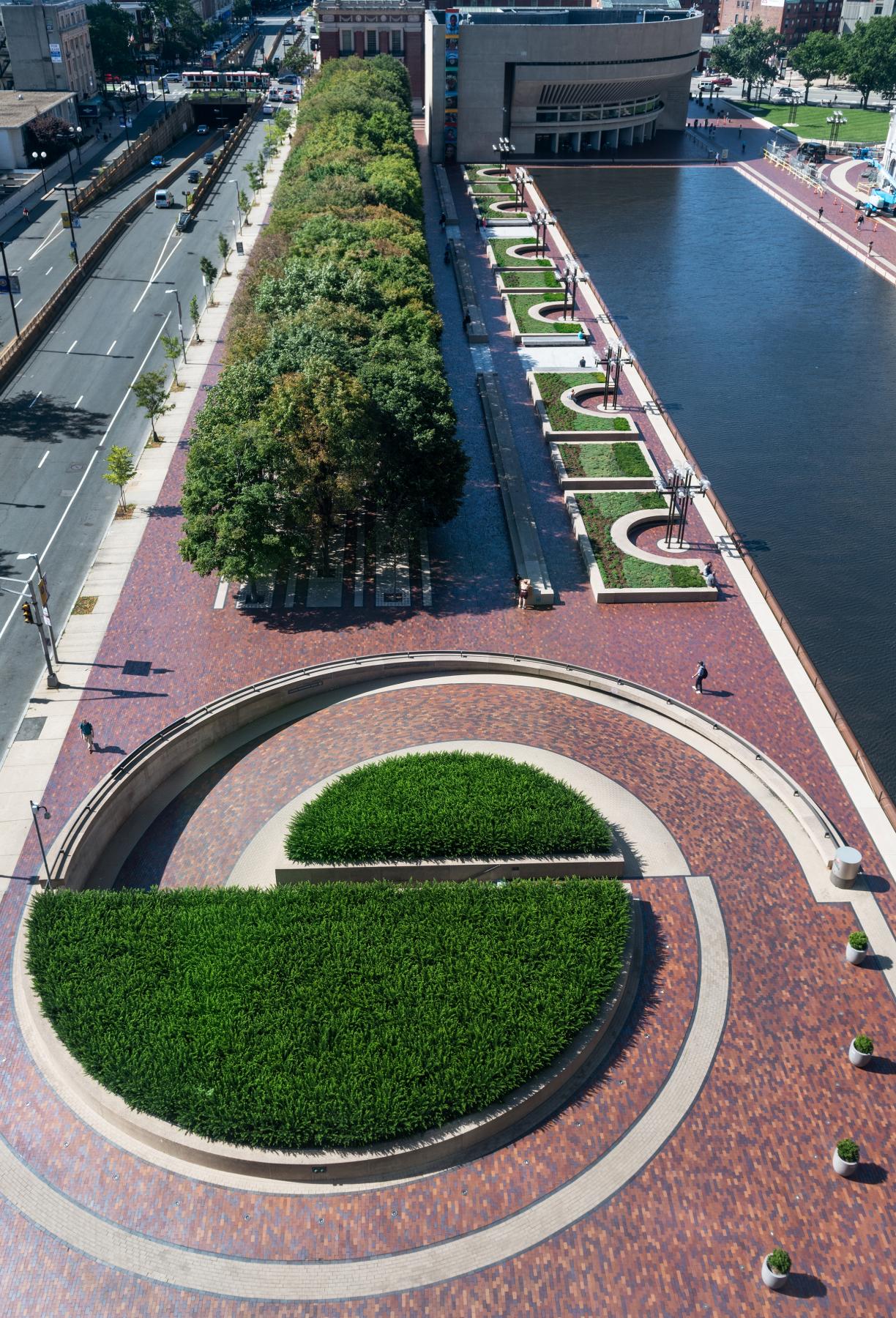 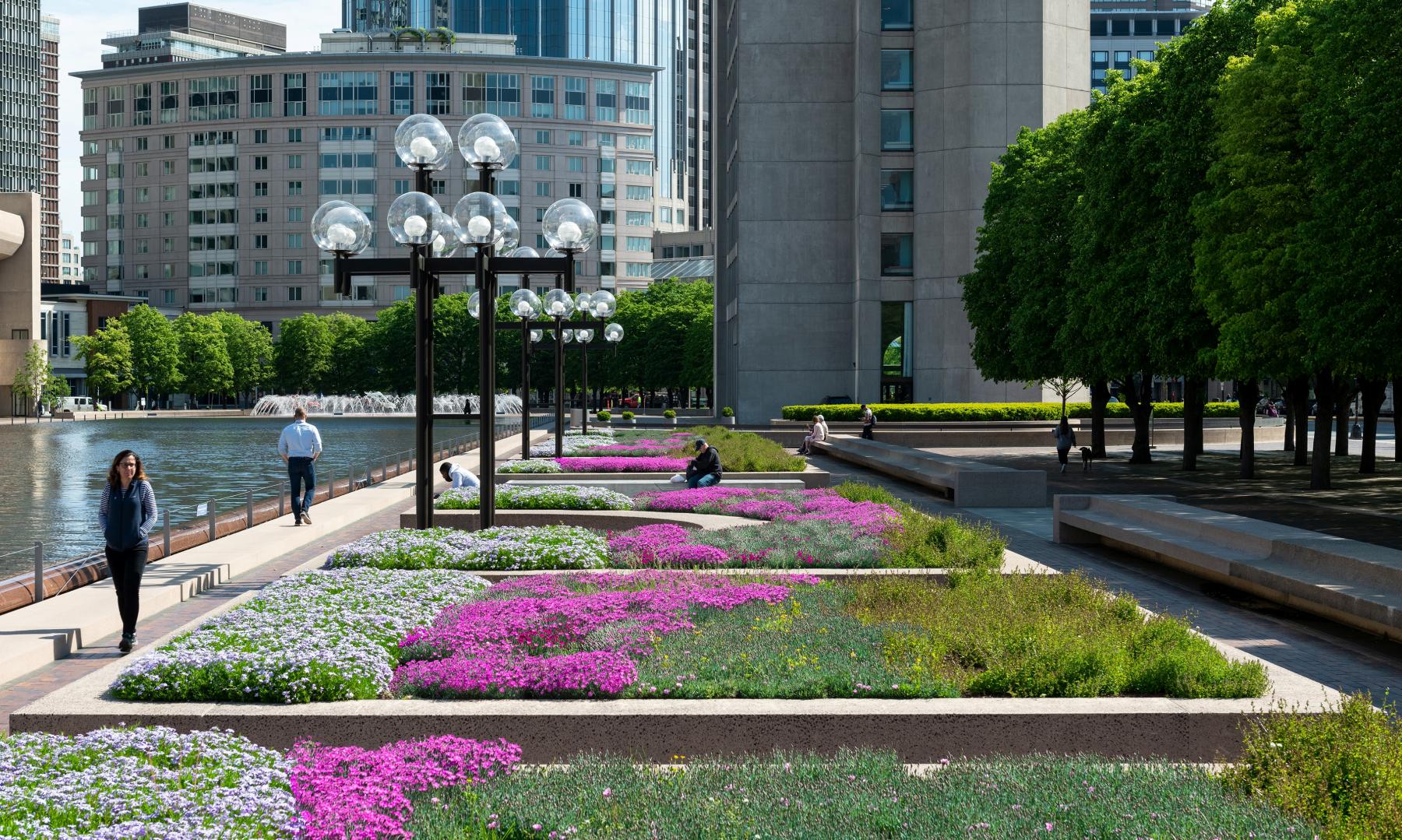 Planters along Reflecting Pool, After
Thank you to all our corporate members, including: