Prominently placed on the edge of the Boston Common facing the State House, the Shaw 54th Regiment Memorial is considered one of the preeminent works of public art in the country. The Memorial honors the 54th Massachusetts Regiment, one of the first Black regiments to serve in the Civil War, and its white colonel, Robert Gould Shaw. The 54th served most notably at the Battle of Fort Wagner in South Carolina. News of the courage and determination that they showed on the battlefield spread and led to other Black regiments being formed, and by the end of the war 10% of the Union Army was made up of Black soldiers.


In 1865, Joshua Benton Smith, a Black businessman with ties to the Shaw family, called for a memorial to be constructed in Boston. A committee of 21 prominent Bostonians was formed and in 1883 artist Augustus Saint-Gaudens was commissioned. Dedicated to perfection, Saint-Gaudens did not complete the sculpture until 1897. The Memorial was considered revolutionary at the time of its construction both as the first soldiers’ monument to honor a group rather than an individual and as the first to humanize rather than caricaturize Black people through the depiction of individual faces using Black men as models.

By the late 20th century, however, the Memorial was in extremely poor condition, a victim of corrosion and vandalism. In 1981, the Friends of the Public Garden convened the Committee to Save the Shaw/54th Regiment Memorial and led a campaign for the monument’s restoration and to establish an endowment for its care. The Friends have been caring for it ever since. The Memorial lies on both the Freedom Trail and the Black Heritage Trail and is an important cultural destination for scholars, tourists, and Bostonians.

In 2014 a conservator identified significant deterioration of the Memorial’s stone and interior brick during a routine assessment. This instigated a detailed assessment and collectively the team identified the need for significant restoration and repairs resulting in a comprehensive $2.8 million project. The scope of work included restoration of the bronze relief and surrounding stone, reinforcement and seismic protections, and plaza improvements. Coinciding with this project, a dialogue about memorialization of historically marginalized groups continues, prompting consideration of equity of public art in Boston.

“The Shaw 54th Regiment Memorial is one of the most significant pieces of public art in the country, making the investment into its restoration so important. Unlike many other Civil War memorials, the soldiers are not depicted standing still but marching, moving forward towards a better future that they would help create. We must follow in their footsteps and be resolved to take action ourselves to continue the fight for equality, justice, and a better life for our children,” says Executive Director Alison Frazee.

Friends of the Public Garden 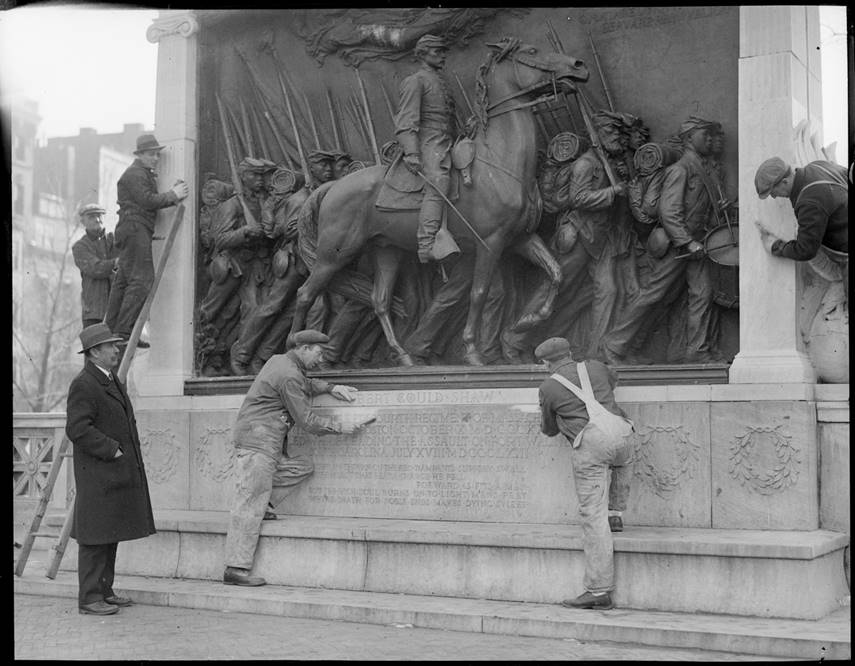 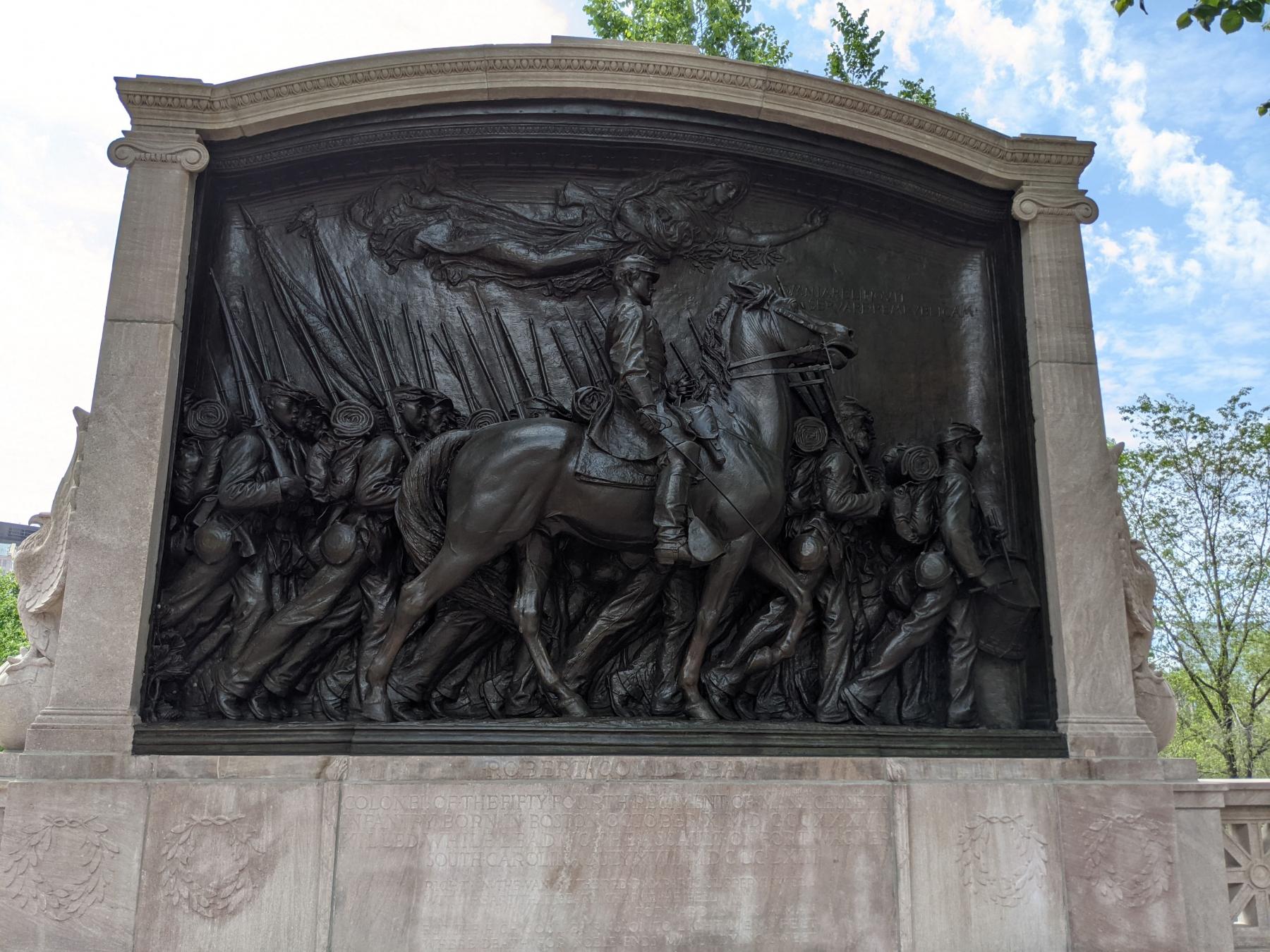 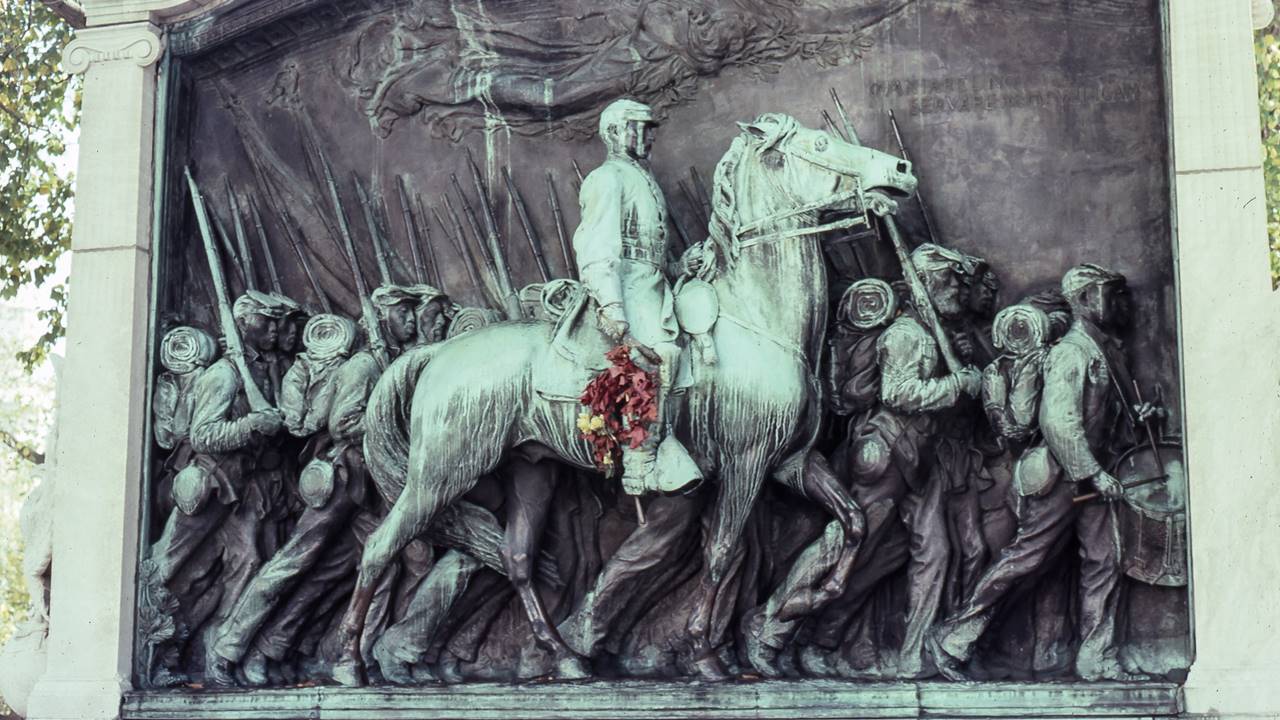 Shaw Memorial as seen in 1971. Since 1983, the memorial has been under the care of the Friends of the Public Garden. 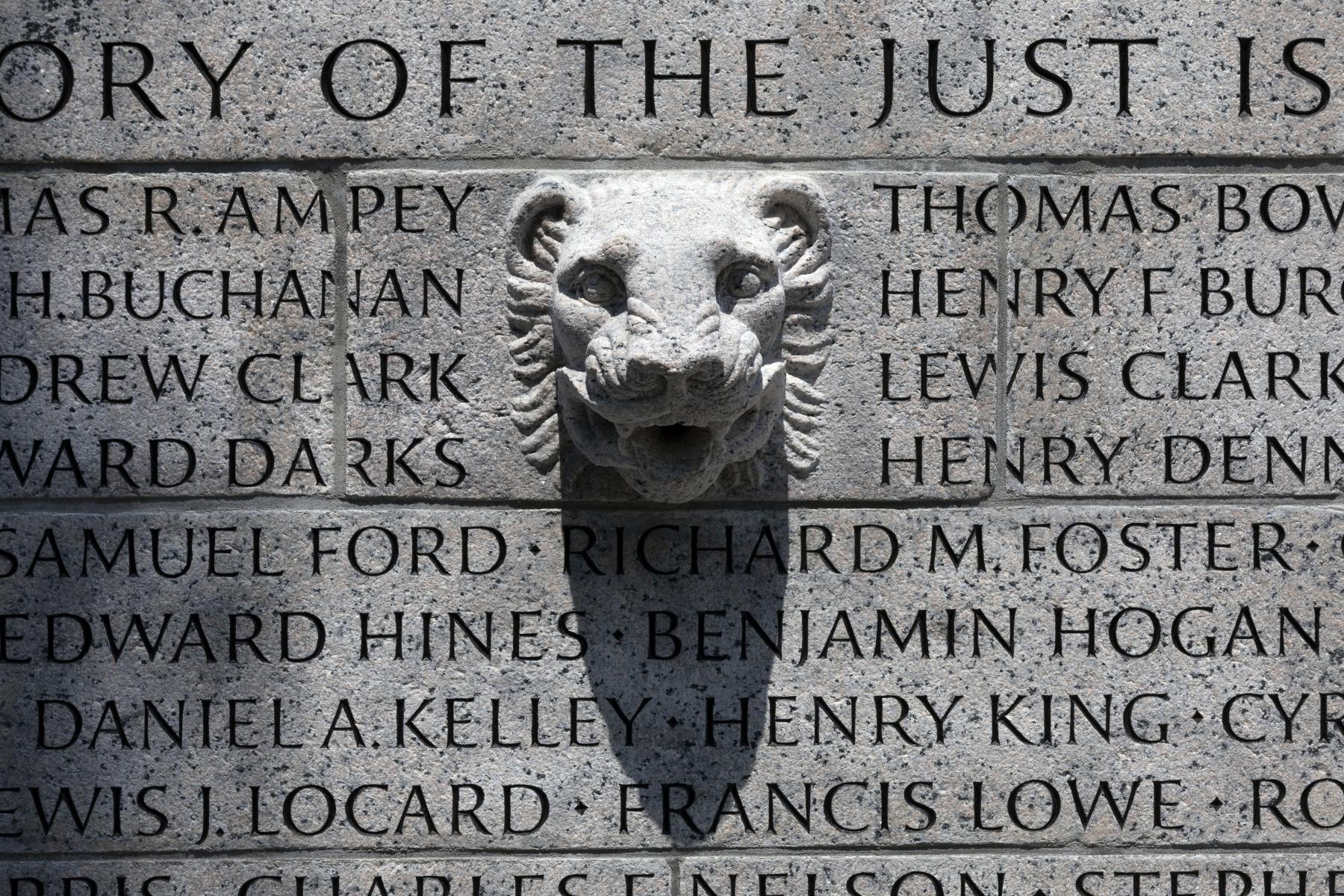 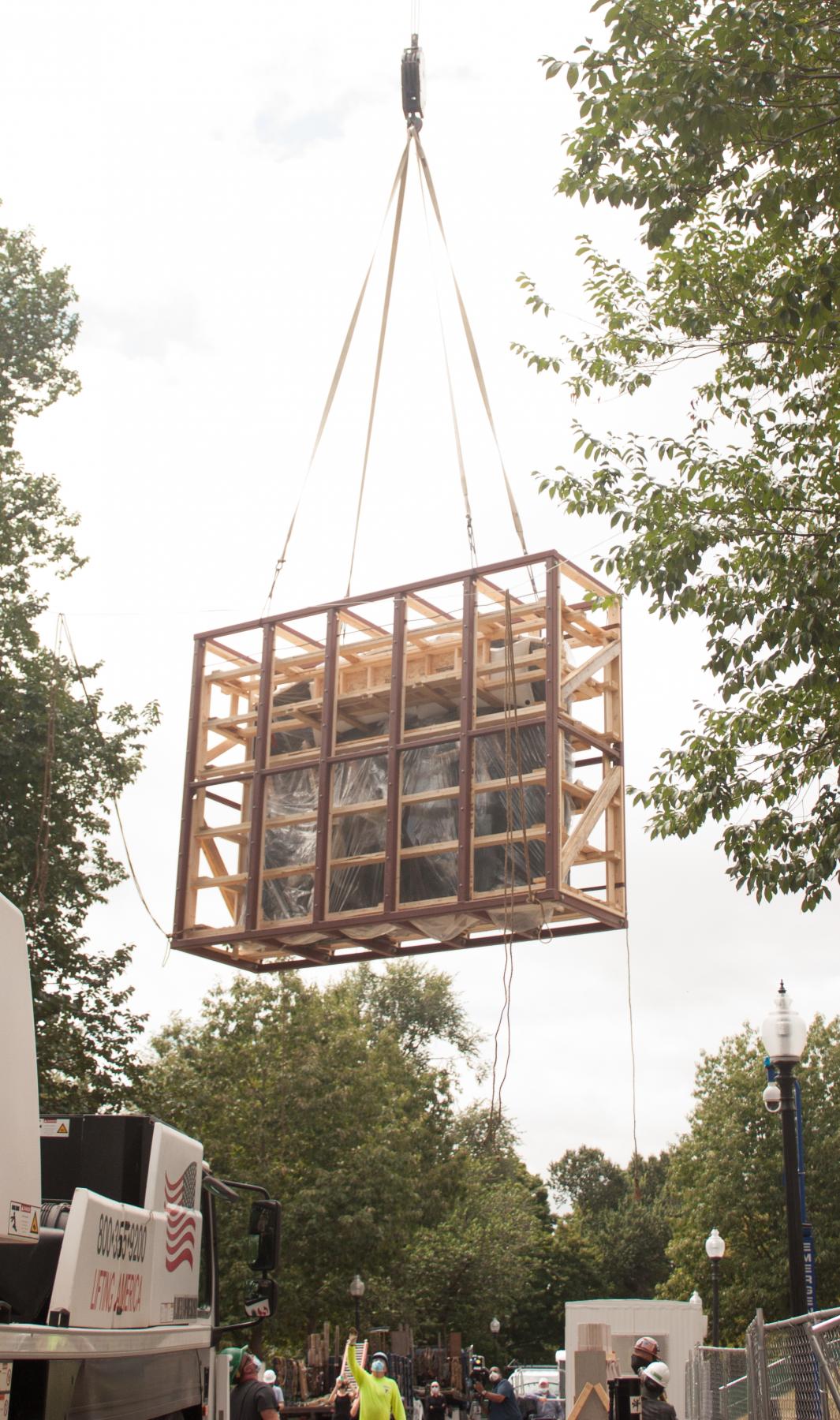 Removal of sculpture for restoration, photo via Barbara Mangum 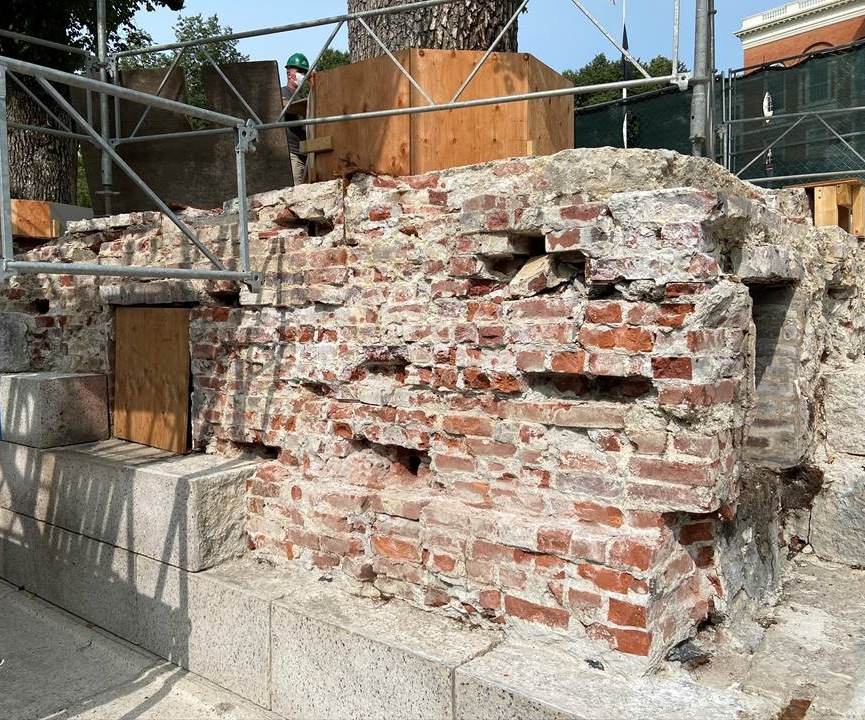 Restoration in progress.
Thank you to all our corporate members, including: