The Alliance’s most recent efforts to protect the Citgo sign began in early 2016 when we learned Boston University planned to sell the building on which the sign is mounted. Related Beal, having purchased that building and others adjacent to it, is planning to redevelop the site through a combination of rehabilitation of existing buildings, demolition, and new construction. The sign itself is owned by the Citgo Corporation which is working with Related Beal to sign a long-term lease of the roof. In 2017, a petition was filed to designate the sign an official Boston Landmark which would protect the sign from demolition and significant change. Recognizing that views to the sign are key to its significance there is also desire to create a protection area around the sign to preserve important view corridors.

Boston’s iconic Citgo Sign is visible from a remarkably wide range of locations in the city and Cambridge, serving as a beacon for the region. It has encouraged thousands of Boston Marathon runners and players in the batter’s box in Fenway Park. For most Bostonians the sign has transcended its original intent as an advertisement and instead has become a literal landmark – used for navigation and a symbol of the city. It is commonly included in imagery of the city and recognized across the globe as signifying Boston. It is even prominently placed in materials for Boston’s Imagine 2030 plan, alongside Faneuil Hall, the Bunker Hill Monument, and other symbols of Boston. The Alliance has provided feedback and guidance to Citgo, Related Beal, and the Boston Landmarks Commission in an effort to find a solution that protects Boston’s iconic Citgo Sign. When a petition to formally landmark the sign was filed we launched an online petition that garnered over 16,000 signatures before we stopped accepting names, showing wide public support of designating the sign a historic Landmark. We have supported the Boston Landmark Commission’s efforts to study the sign’s potential to be designated and have been part of detailed discussions how to craft Landmarking language that effectively saves the sign while reflecting the complex legal issues within the multi-party arrangement that currently physically and financially supports the sign and its upkeep. We continue to work with both Citgo and Related Beal to create a future for the sign in Kenmore Square.

Demolition on the site is underway in preparation for new construction. Though the building that supports the Citgo Sign is not slated for demolition at this time, we are not aware of any formal agreement, in the form of a long-term lease, between Related Beal and Citgo to keep the sign in place. Both parties assured Mayor Walsh that a lease would be forthcoming back in November of 2018, prompting the Mayor to veto the Boston Landmark Commission’s designation of the Citgo Sign as a historic and protected Landmark.

Mayor Walsh announces he will veto the Boston Landmark Commission’s designation of the Citgo Sign as a historic Landmark in favor of a private deal made between Related Beal and Citgo. Details have not been made public, though we hear there will be a 30 year private agreement and the sign will move to the adjacent building and be raised in height.

•    October 9, 2018
Alliance staff attends the Boston Landmarks Commission hearing for a presentation of the study report to designate the Citgo Sign a local historic Landmark. BLC staff describes the history and significance of the sign as an iconic landmark in Boston’s skyline, including its repeated presence in pop culture and graphic representations of Boston, like graphics used for the City’s own Boston 2030 plan. Staff recommens Landmarking with the sign meeting several criteria for significance. Representatives from Boston University and Related Beal explain their opposition to designating the sign a Landmark and suggest that they would respond with legal action. They recommend keeping the sign as a Pending Landmark to provide guidance for owners, but feel there are a variety of legal reasons and complex business relations that the Landmarking could challenge. Alliance Executive Director Greg Galer speaks in support of designation while a few members of the Kenmore neighborhood speak opposed. Some assertions are made during the course of the hearing that are not correct: designating the sign itself does not create a protection area for viewsheds- that would require a separate process; protecting the sign would not stunt growth or future development in Kenmore Square but would require review and approval of alterations to the sign itself; like all Landmarks changes to the sign are not impossible, but would require Landmarks Commission approval. (For example, if a strong argument is made to the Commission and it is approved, the word “CITGO” could be changed to something like “BOSTON” or “FENWAY” even if the sign is Landmarked.) The issue of maintenance costs of the sign is raised. Maintenance is the responsibility of the owner of the Landmark, as is the case with all other existing Landmarks, not the City.

The Commission will be accepting written public comment until 5:00 p.m. on Friday, October 12, 2018. Their vote to designate the sign will take place at an upcoming meeting, yet to be scheduled.

•    July 30, 2018: Next Public Meeting
On Monday, July 30, at 5:30 p.m., the Boston Landmarks Commission will hold a subcommittee meeting at Boston City Hall Room 709 to discuss the draft Landmark study report for the CITGO Sign (petition #256.16). The public is invited to attend.

•    June 4, 2018
Executive Director Greg Galer attends a meeting of the subcommittee of the Boston Landmarks Commission where the draft study report to Landmark the sign is discussed. The draft is available at the BLC office on the seventh floor of City Hall. Public comments will be accepted through June 18th on this draft. Then, if the full Commission votes to approve the draft, there will be another opportunity for public comment.

•    March 2018
Boston Landmarks Commission informed that Landmarking regulations allow the Commission to vote the sign itself as a Landmark but that the creation of a Protection Zone requires more complex process and for the Mayor to form a study committee, similar to the process to create a Landmark District. The Alliance encourages the Commission to continue the process to Landmark the sign itself while a parallel process for creating the Protection Zone to protect views to the sign moves forward.

•    February 2018
Alliance attends BLC subcommittee meeting re the landmarking. Also attended by staff from BPDA, Citgo, Related Beal, Red Sox. BPDA staff present context of other likely proposals for development/construction in Kenmore Square. Draft landmark petition reviewed by subcommittee, taking comment from other attendees. Views to sign discussed and parameters of Protection Zone as well as specifics of landmark language re aspects of the sign (color, dimensions, and other details) to be specified in landmark document language.. Alliance actively participates.

•    December 2017
Alliance staff continues dialog with Related Beal project team and Citgo representatives about the proposed standards and guidelines in the Landmark petition.

•    November 2017
Alliance participates in BLC subcommittee meeting about the Landmarking. Citgo and BPDA staff also attend. Draft Landmark Criteria and Guidelines discussed in detail including proposed protection zone. Question of how much control BLC would get over new development in Kenmore Square due to the Protection Zone raised.

•    March 2016
Alliance gathers information on precedents for other Landmarked commercial signs in the US including discussions with New York Landmarks and the legal team of the National Trust.

•    July 2016
Alliance submits letter supporting Landmark petition to Boston Landmarks Commission- see attachment. The Commission unanimously votes to accept the petition for further study, which is the next step in the Landmarking process.

•    February 2016
Media reports Boston University selling buildings under the Citgo Sign. Alliance staff connects with Kenmore residents and Boston Landmarks Commission staff for information; examines viability of expansion of local historic district to include the sign, determining it is not a solution. 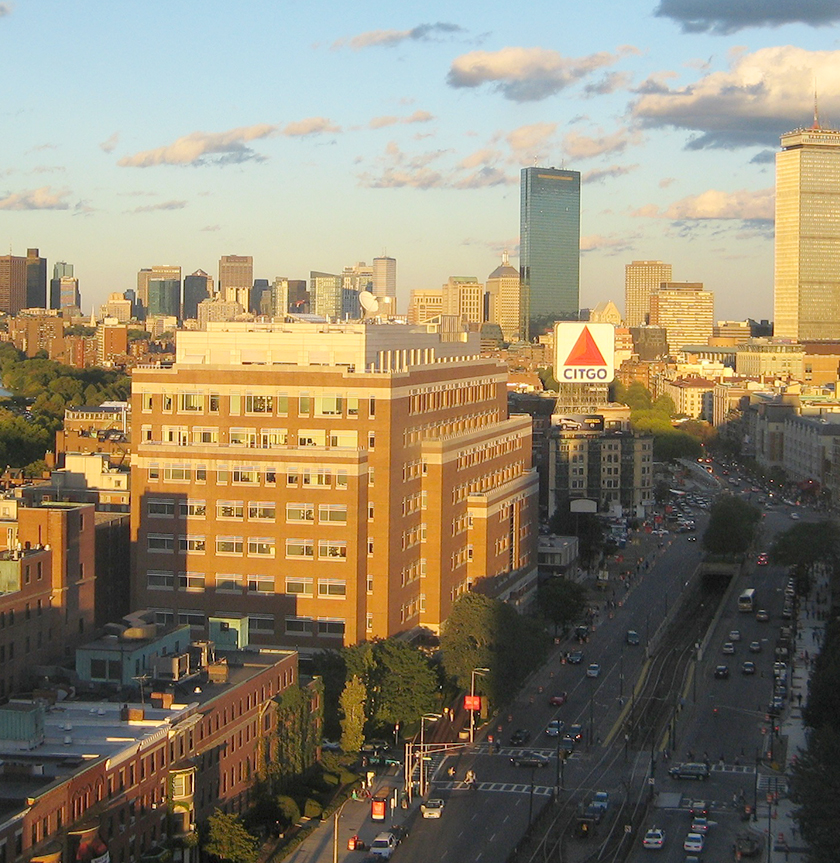 The Citgo sign has served as a beacon for Bostonians since 1940. 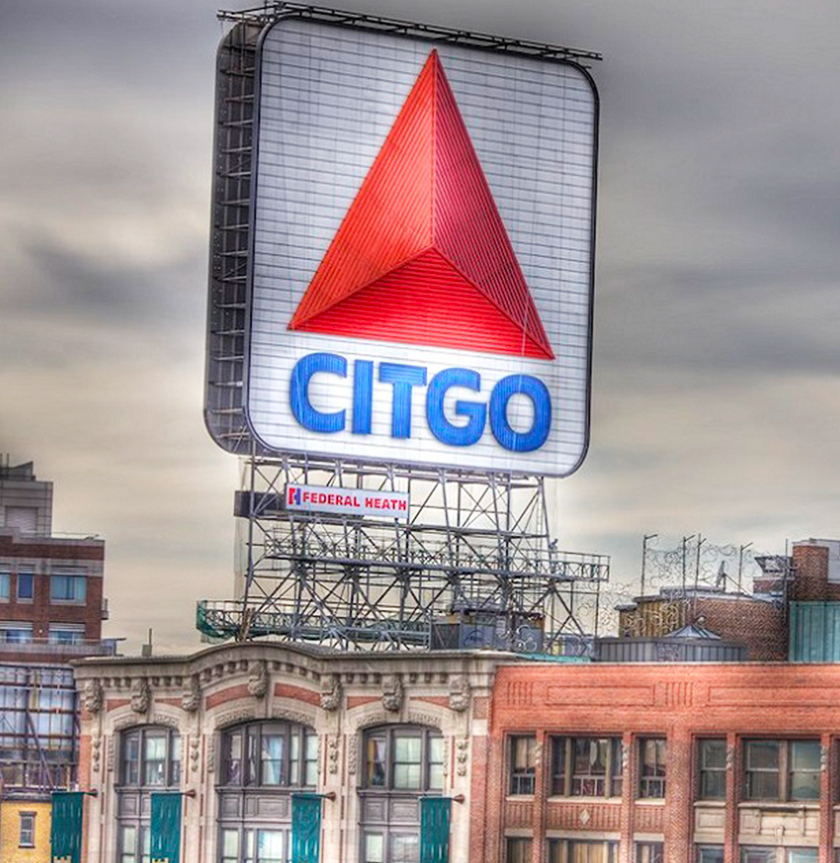 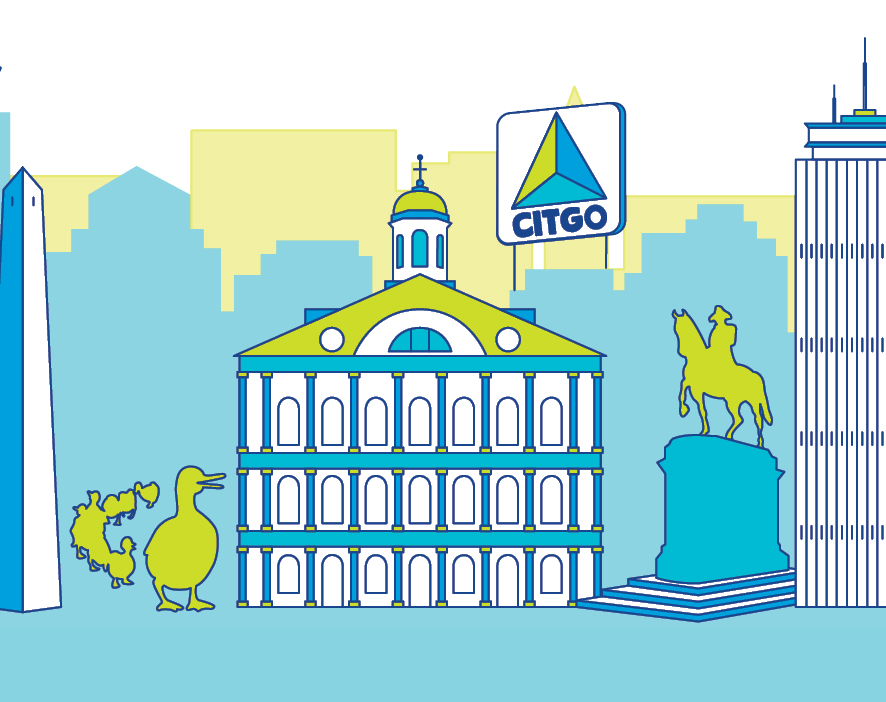 The Citgo sign in materials for the Imagine Boston 2030 plan. 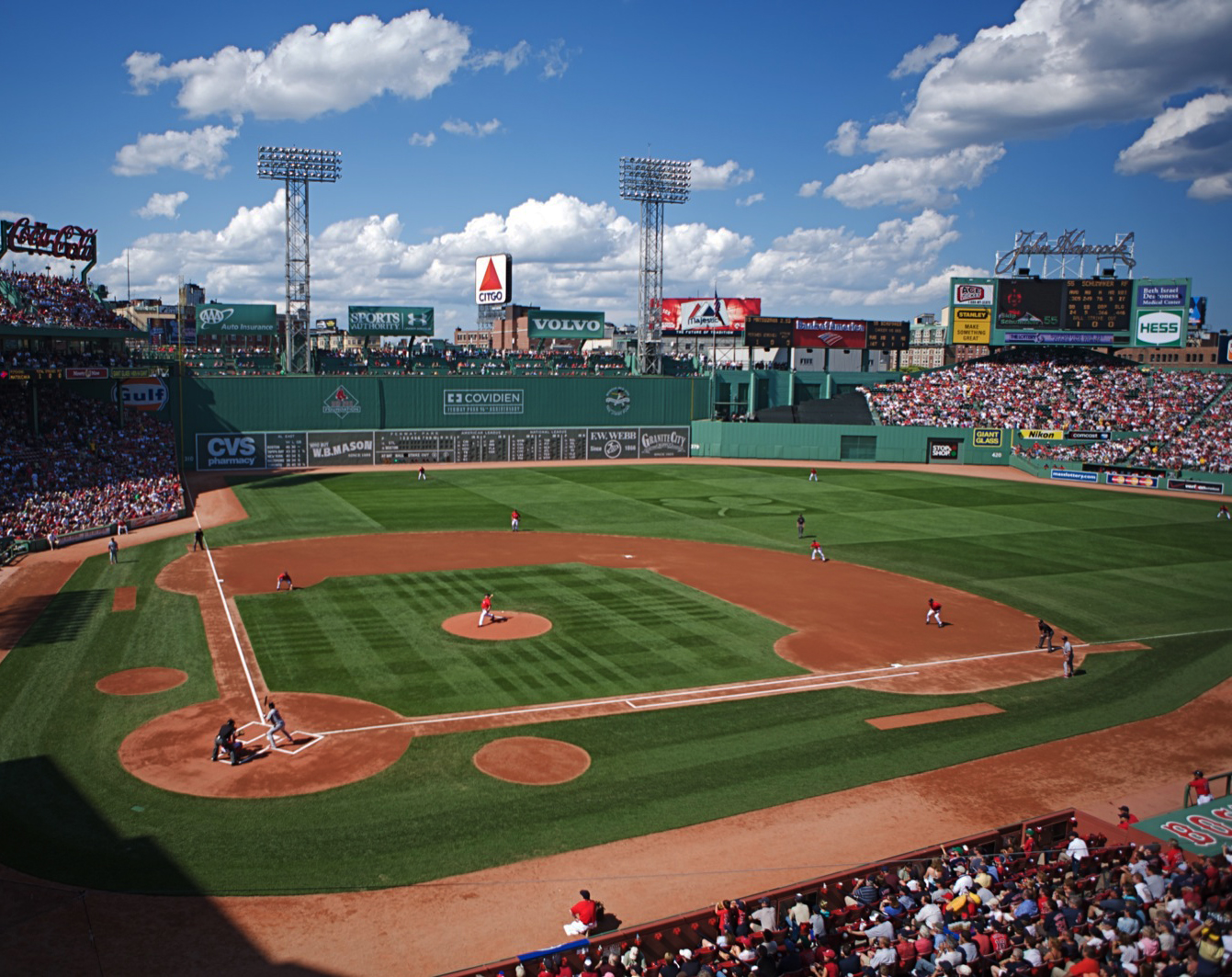 The Citgo sign is synonymous with the Green Monster and Fenway Park.
Thank you to all our corporate members, including: