Media reports in September 2019 suggested that the iconic Doyle’s Cafe in Jamaica Plain would soon be closing. First opened in 1882, this local tavern has hosted everything from community meetings and birthday parties to a roll-call of political figures including then-U.S. Senator John F. Kerry, Ted Kennedy, Boston mayors Ray Flynn, Kevin White, Tom Menino, and many others.

Only two families have owned Doyle’s Cafe in its 137-year history. It was opened in 1882 by the Doyle family in nearly the same place the building is now. The bar was moved 60 feet to accommodate an expansion to update the bar for the ever-growing crowd of people moving to the new neighborhood of Boston. (JP was annexed to the city of Boston in 1873). Business flourished as a workingman’s pub.

William Burke emigrated from Galway in 1897 and appeared at Doyle’s looking for work. He purchased his own bar down the street (John Sheehan’s Tavern). The Doyle and Burke families grew close as members of the Ancient and Honorable Hibernians.

Then, in 1919, prohibition hit and hard times fell on Doyle’s. Having just invested a lot of money to expand and move the bar, they were not interested in operating without the bar. So they walled-off the barroom and opened a speakeasy! At the same time, the Burke family changed their bar into a candy shop, but it was really a ruse for a bootlegging operation made to supply the Doyle’s speakeasy.

In the 1930s, Francis Doyle inherited the crumbling cafe in the middle of the depression. Doyle struck a deal with the Braddock Rye distillery where the distillery would pay to repair the walls of the cafe in exchange for naming rights and heavy promotion for their product behind the bar. Times were good in this heavily Irish part of town until the assassination of JFK. With a threadbare staff of five, the Doyle family sold the bar to Eddie Burke, grandson of bootlegger William Burke, in 1971.

Doyle’s Cafe has been a mainstay in Jamaica Plain for generations. It has served as a community gathering space welcoming and a wide range of Bostonians from construction workers to teachers to policemen and of course to politicians who were regularly at bar stools together. The character and historic fabric of the space itself are just as meaningful as the memories formed within its walls to its patrons. Iconic businesses like Doyle’s make Boston neighborhoods unique and their preservation is important to retaining local history and sense of place.

The Alliance is concerned about the loss of neighborhood history and character, which includes legacy businesses like Doyle’s Cafe. We are working to be proactive in identifying and finding solutions for these kinds of businesses by asking Bostonians to tell us about places that are meaningful to them. See the #SaveMyBoston page for more information. Wouldn’t it have been wonderful if the struggling business had someplace in the city to turn for guidance before it was too late to save the Doyle’s we knew?

We know that for any business to thrive it needs to be economically viable and recognize that must be a part of making a future Doyle’s at this site succeed. We are in dialog with representatives of the Burke family and have been encouraged by their receptivity to the fact that the historic Doyle’s is an essential aspect of the value of the property for future use. However, we are also realists. If a future buyer for the Doyle’s site is able to use the existing space for a restaurant, we will push for retention of the character defining elements, such the main room and its bar and murals, but elements of the former business will have to be changed to upgrade the facility and make it work with what is likely to be an adjacent housing development. Though the Doyle’s as we know it is gone to history, a new Doyle’s, that reflects the history and character of the old one, is still possible. The Alliance will advocate for a project that integrates as much of the heart of Doyle’s as is feasible.

The Alliance submits a letter of general support to the BPDA. The letter is attached below.

Alliance staff attends a virtual community meeting where the revised project is presented. Instead of a preservation approach, the project is now framed as a “gut rehab” which more accurately reflects the scope of work proposed. Most comments from the community are positive and supportive of the project.

Alliance staff meets with the proponent to review the proposal. The Alliance is concerned that the proponent is not presenting the project transparently to the public and is suggesting that more of the original fabric will be saved than is actually planned. It appears that most of the Doyle’s building will be reconstructed with relatively little original material salvaged for reuse. Other than that concern, staff feels that the project is largely successful for this site and urges the proponent to reframe their narrative around their preservation goals.

Alliance staff meets with a representative of the property’s owner at the site for a walk through. Staff is told that many aspects of the building, both interior and exterior, will remain with the property in its sale and that potential buyers have expressed interest in continuing the tavern use in a new development concept. A likely scenario will include demolition of the house abutting the property and an infill residential project behind and around the Doyle’s building, with modifications to the restaurant spaces. Until a buyer is secured and plans are presented, however, it is not possible to be sure of the outcome. 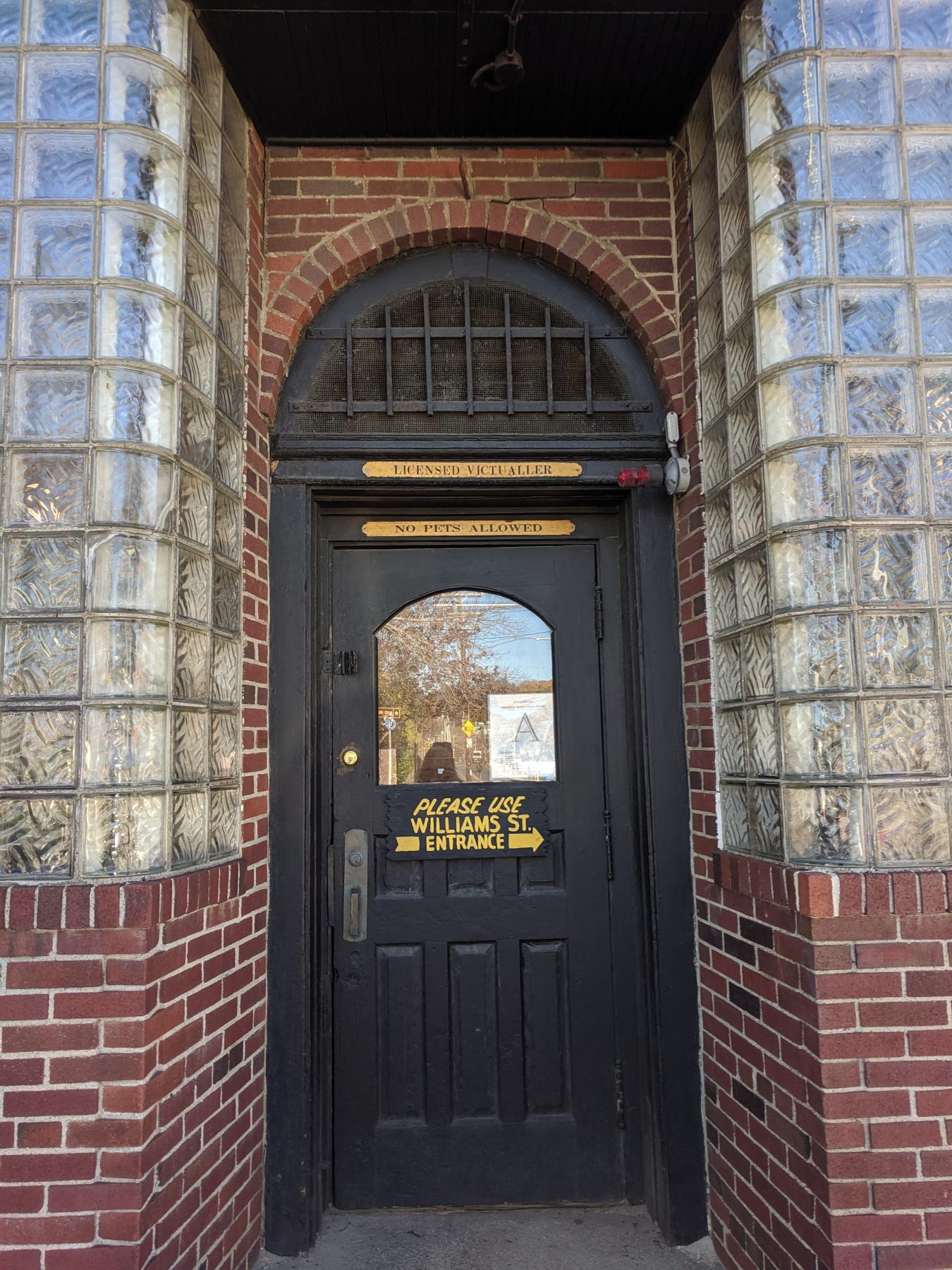 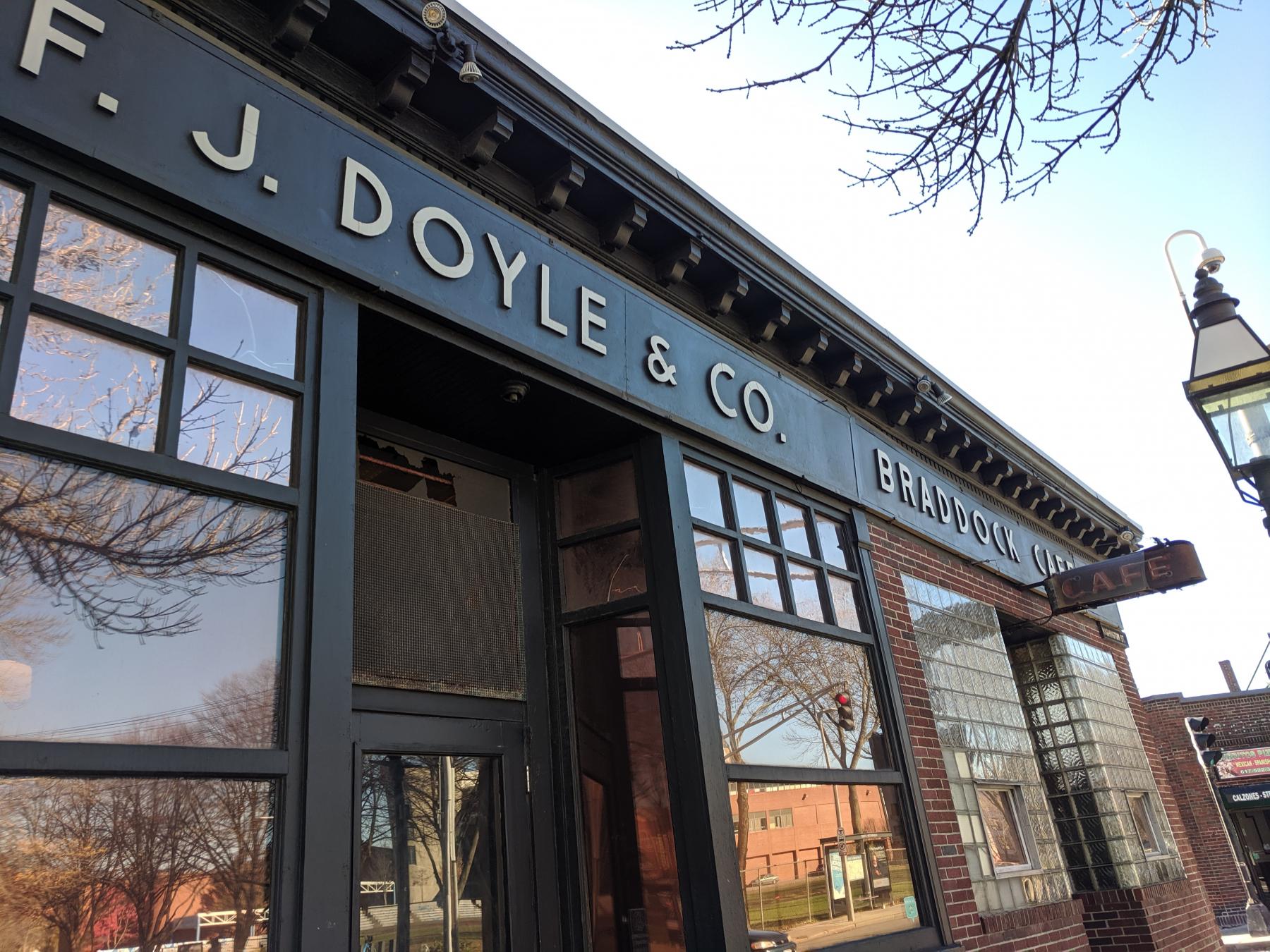 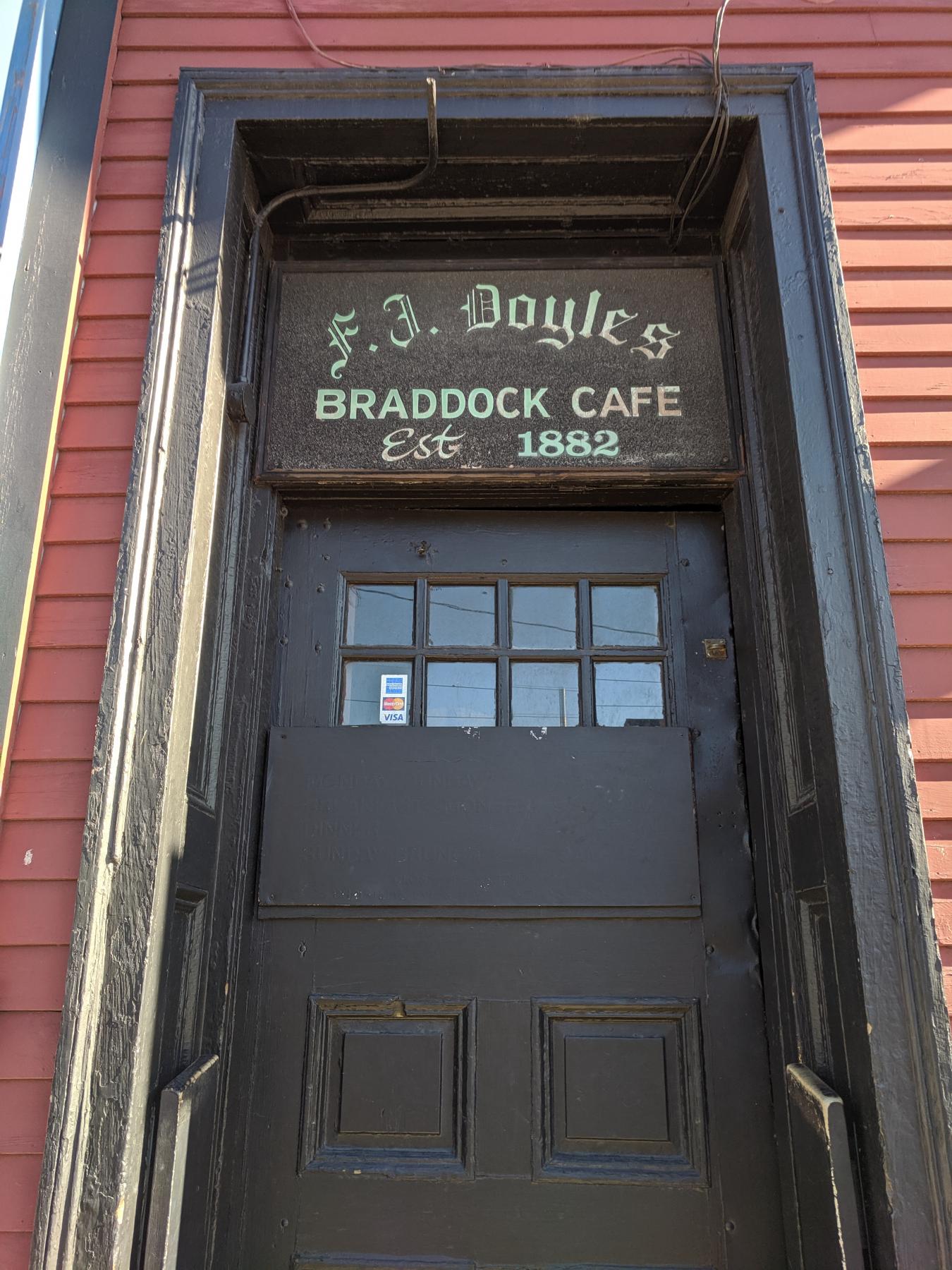 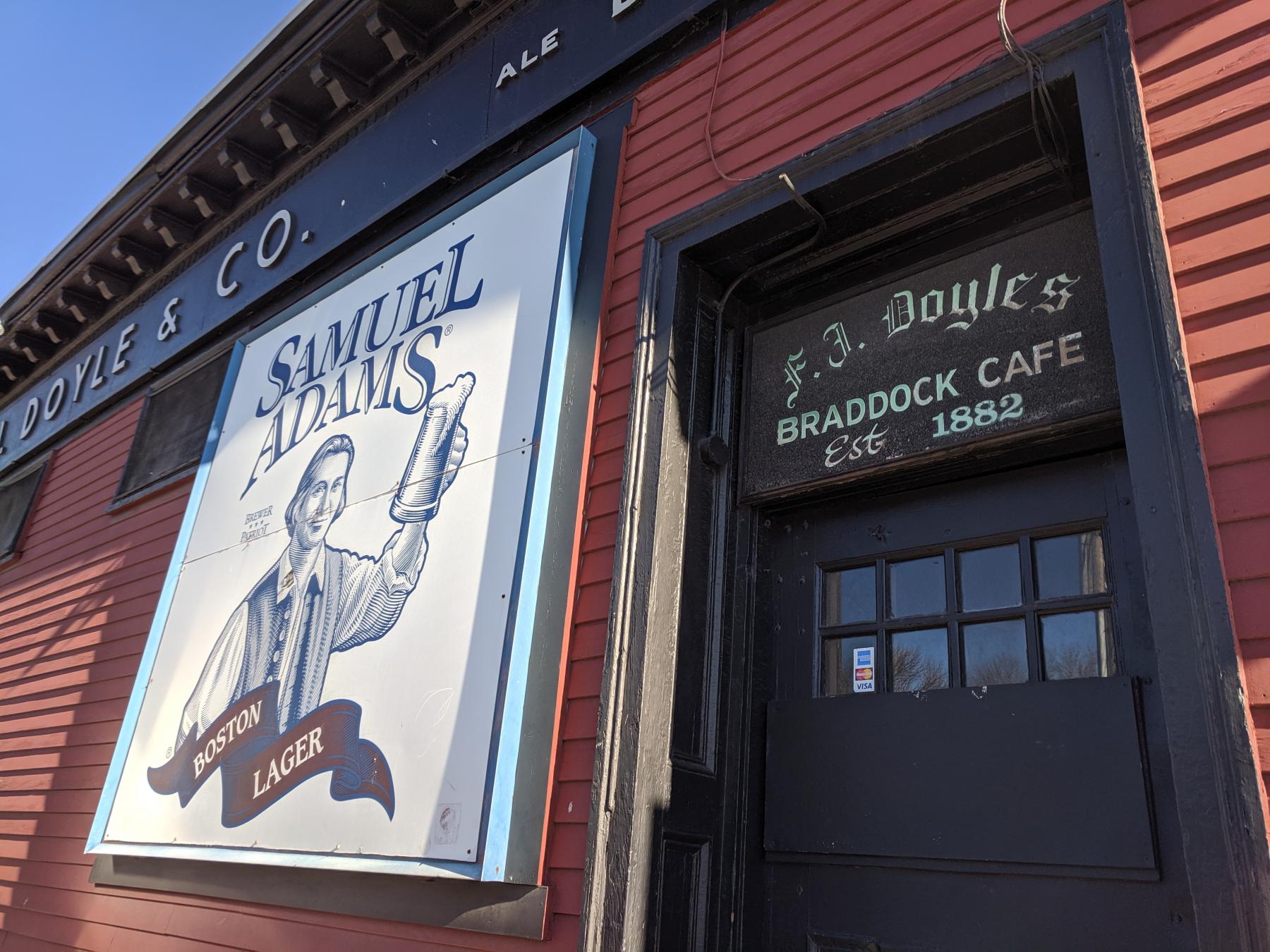 Doyle's Cafe, 11.1.19
Thank you to all our corporate members, including: